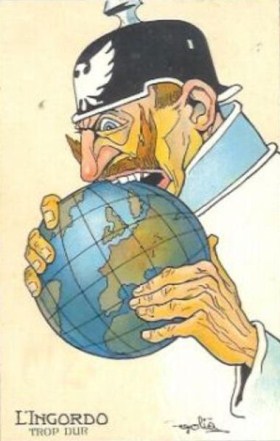 Just suppose that, every time a war broke out, all the diplomats and soldiers involved were hanged. Even more fancifully, suppose that diplomats, generals and heads of governments were gifted with second sight. If either of these scenarios had applied in August 1914, there would have been no World War One. The German, Austrian, Russian and Turkish empires would have survived at any rate in the short term, while in the longer term the British and French empires would have escaped the wounds inflicted by that terrible conflict. Millions of young men would have lived, millions of folk at home would have been spared bereavement. As for the economic damage caused by the War, who knows what benefits to mankind might otherwise have accrued?