Richard Almond deciphers the meaning of a set of illuminations illustrating an unusual Book of Hours made in Germany around the year 1500. 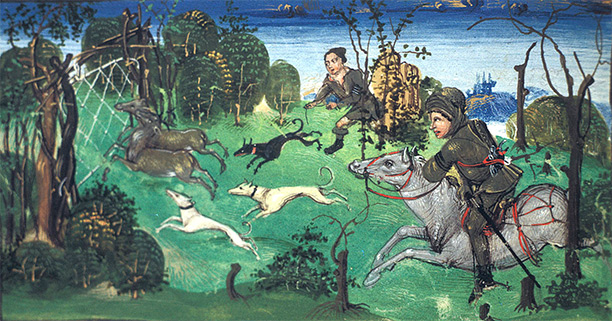 Books of Hours, also known as Missals, a generic term for Roman Catholic liturgical texts, and popularly called Mass Books, were the personal prayer books of late medieval Europeans. They reflect the strengthening of personal piety and worship during the later medieval period as well as increases in literacy and numeracy, especially within the rising urban middle classes, from rich merchants to artisans and shopkeepers. A Book of Hours opens, typically, with a Calendar which sets down the fixed feasts of the liturgical year and the anniversaries of international, regional and local saints. Following this are the eight services which make up the Little Office of the Blessed Virgin Mary, designed to be said at particular times of the liturgical day.