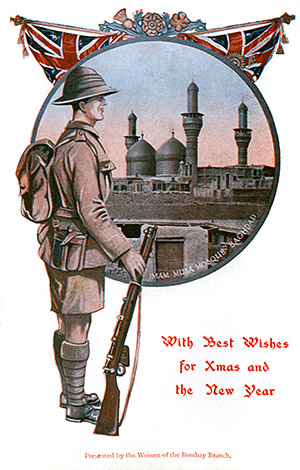 The West has recently cooled in its enthusiasm for military intervention in the Middle East. Following costly incursions into Iraq, Afghanistan and Libya, there has been no stomach for military action in Syria.

That does not mean it has turned its back on the region. The Levant, West Asia, the Arab world – whatever you call it – has long been a focus of competing western cultural, political and economic interests.

This tradition stretches back to the Crusades, though it took its modern form in the mid-19th century, after a combination of biblical scholarship and archaeological excavation fuelled renewed fascination with the Holy Land. The ensuing philosemitism coincided with the growth of political Zionism, stimulating an atmosphere sympathetic to Jewish national aspirations.

Parallel with this strand was the realpolitik that accompanied the decline of the Ottoman Empire. Political turbulence in Egypt, the gateway to British India through the Suez Canal, encouraged Britain to take a more proactive role there from the 1880s onwards.

This background has been widely explored by historians. Although first published in 1956, Barbara Tuchman’s Bible and Sword: England and Palestine from the Bronze Age to Balfour still provides an excellent introduction. For a more academic perspective, focusing on the breakdown of the Ottoman Empire, try The Making of the Modern Near East, 1792-1923 by Malcolm Yapp (1987).

The First World War hastened Ottoman decline, leading not just to the Balfour Declaration in 1917 and the British mandate to administer Palestine, but also to western-supported monarchies in Syria (albeit fleetingly), Iraq and Transjordan (Saudi Arabia had already gone its separate way). Many books have been written about this period, though few are better than David Fromkin’s A Peace to End All Peace: Creating the Modern Middle East 1914-1922 (first published in 1989).

Already fierce rivalries among western powers were emerging, particularly between the British and the French, a theme brought to life in James Barr’s A Line in the Sand (2011). A key reason was the discovery of oil. The first strikes were made by the Anglo-Persian Oil Company in 1908 in Iran. The potential of this new fuel encouraged Winston Churchill, then First Lord of the Admiralty, to order the conversion of all Royal Navy ships to oil. Commercial possibilities encouraged American oil businesses and, by extension, the United States government, to take notice. However, the American company SOCAL did not strike oil in Bahrain until 1932 and in Saudi Arabia until 1938.

Another factor causing a hardening of attitudes was the situation in Palestine, as the Jewish and Arab populations became increasingly at odds.

Western historians tended to present a narrative of emerging Arab nationalism forcing Britain gradually to let go of its imperial commitments. Examples include Elizabeth Monroe in Britain’s Moment in the Middle East, 1914-1956 (first published in 1963 and later updated to cover the years 1914-71) and Albert Hourani in his History of the Arab Peoples (1991). In ending her original book in 1956 Monroe marked the Suez Crisis, a seminally important moment in Britain’s relationship with the Middle East, as explored by Keith Kyle in his Suez (1991) and Cutting the Lion’s Tail: Suez Through Egyptian Eyes (1986) by Muhammad Haykal.

This consensus was attacked by Elie Kedourie, of the London School of Economics, who argued, initially in England and the Middle East: The Destruction of the Ottoman Empire (1952) and then notably in his influential essay The Chatham House Version (1970), that British validation of Arab nationalism was not only misinformed but an abrogation of imperial responsibilities.

The establishment of the state of Israel in 1948 had added a harder Zionist edge to these arguments, particularly as American policy-makers needed to pay heed to their Jewish voters. American interest in the region, already piqued by oil, was further stirred by its role in the Cold War, with countries such as Egypt and Syria tilting to the Soviet Union. Ensuing political instability led to regular regime change, as chronicled by Patrick Seale in The Struggle for Syria (1965) and his later book, Assad of Syria (1989).

In the 1970s another factor entered the equation, as the Arab states not only took control of their oil reserves, but began to use them as an economic weapon, as Saudi Arabia did in the wake of the Arab-Israel war in 1973. The Prize (1990) by Daniel Yergin remains a useful primer for anything to do with the politics of Middle East oil. For a critique of how western governments and associated adventurers cynically courted venal Arab rulers see Said Aburish, A Brutal Friendship: The West and the Arab Elite (1997).

Such developments could not occur in a political vacuum. The failure of most 20th-century Arab states sparked internal reassessment, encouraging renewed Islamist approaches to society – some increasingly fanatical, such as those advocated by al Qaeda, whose attack on New York in 2001 precipitated the US-led invasions of Iraq and Afghanistan. For an astute assessment of this Islamist revival see Malise Ruthven’s A Fury for God (2002).

Kedourie’s critique of the Arab world was expanded upon  by Bernard Lewis, who moved from the School of Oriental and African Studies at the University of London to Princeton University. He presented the Arab world as backward, bound by a suffocating religion and incapable of adapting to modern conditions. Lewis stirred a great deal of controversy with key texts such as The Shaping of the Modern Middle East (1994). Positions similar to that of Lewis were adopted by historians such as David Pryce-Jones and Daniel Pipes. Generally neoconservative and pro-Israeli, they helped prepare the ideological ground, particularly in the United States, for the invasion of Iraq in 2003.

The ‘Arab Spring’, the recent widespread popular agitation for political democratisation, has yet to find a reliable historian. That said, Washington insider Marc Lynch’s analysis in The Arab Uprising: The Unfinished Revolutions of the New Middle East (2012) provides a useful first draft.

Andrew Lycett is a biographer and broadcaster. His most recent book is Wilkie Collins: A Life of Sensation (Hutchinson, 2013).