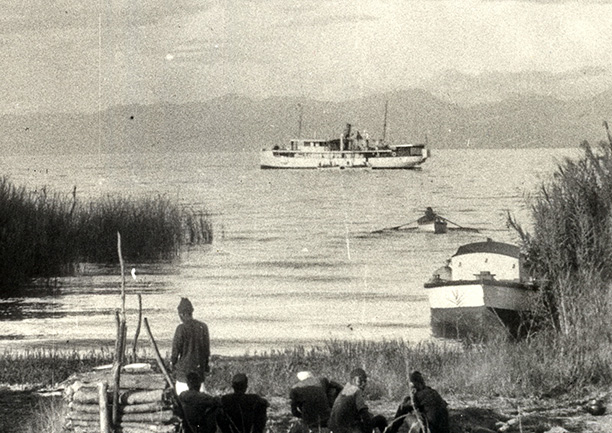 Facing each other across Lake Nyasa (now Lake Malawi) were British East Africa (Malawi) and German East Africa (Tanzania). Their navies each had one gunboat. The German SS Hermann von Wissmann was named after the explorer and anti-slaver. Like her British counterpart, she was built in Europe and shipped in pieces to East Africa and up the Zambezi River. From there the sections were carried by porters to Fort Johnston (now Mangochi) at the south end of the lake, where they were reconstructed. In 1893 the hull of the von Wissmann was towed by a British gunboat up the lake to the German port of New Landeburg for fitting out.