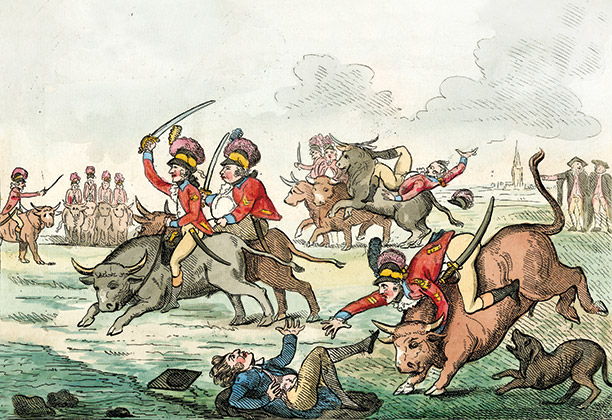 On August 16th, 1819 a crowd of around 60,000 mainly working people assembled on St Peter’s Field on the outskirts of the burgeoning industrial town of Manchester. They had come to listen to the radical leader Henry Hunt claim that the widespread economic depression since the end of the Napoleonic Wars could be solved by parliamentary reform, allocating MPs to new cities like Manchester and extending the right to vote to working-class men.