Roger Howard recalls a moment when Israel was rocked by exaggerated claims of a threat posed by Egypt. 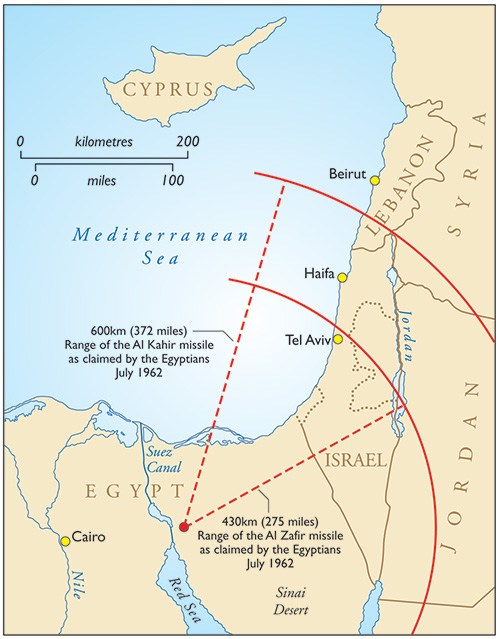 In the spring of 1963, Israel was suddenly gripped by a curious mass panic. Sensational newspaper reports and radio announcements claimed that the country was threatened by enemy ‘atom bombs’, ‘fatal microbes’, ‘poison gases’, ‘death rays’ and a ‘cobalt warhead’ that could ‘scatter radioactive particles over large areas’. Within hours, opinion in the entire country had been ignited. Parliamentary debates, everyday conversations, even songs and poems were all preoccupied obsessively with the same theme – that Israel was confronted by the imminent threat of another Holocaust, less than two decades after the first.