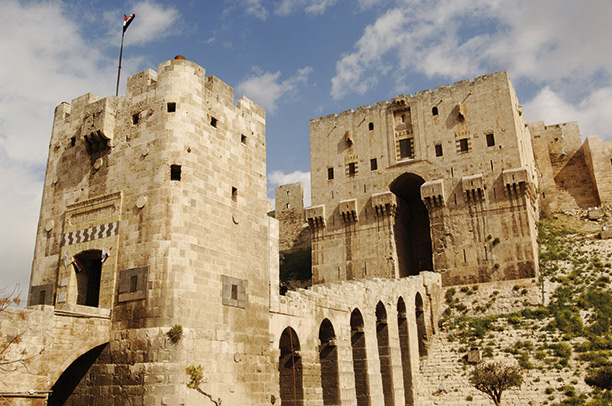 In the early 21st century it is possible to detect a contradictory dynamic in global politics. On the one hand we inhabit an increasingly integrated and ‘borderless’ world in which national barriers against the movement of commodities and capital have been progressively dismantled. On the other hand governments across the world have gone to extraordinary lengths to reinforce their frontiers with physical barriers, new technologies and personnel in order to restrict the movement of unwanted people.

These efforts are largely directed at the prevention of ‘illegal’ immigration. Today politicians from some of the richest countries on earth talk of ‘defending’ or ‘protecting’ their borders against a putative ‘invasion’ of migrant workers and refugees, who are depicted as a threat to their lifestyles, jobs or cultural identity. From a peripheral concern during the Cold War, border enforcement has once again become a symbolic marker of national identity and an essential instrument in enforcing the distinctions between ‘legal’ and ‘illegal’ travel.

States and rulers have always regarded the ability to determine who enters or remains in their territories as a key test of their sovereignty, but it was not until relatively recently that the border became the place where right of entry could be granted or refused, depending on the documentation provided. In medieval Europe the boundaries between rival countries and centres of power were largely symbolic or consisted of amorphous borderlands, ‘marches’ and ‘debatable lands’ of indeterminate or contested status. In terms of their practical implications, the real ‘borders’ consisted of the fortified walls that surrounded towns and cities, where the authorities could exclude undesirable or incompatible people at the gates, from vagrants, beggars and the ‘wandering poor’, to ‘masterless women’, lepers, Gypsies or Jews.

With the absorption of city states, towns, dukedoms and principalities into larger entities and the gradual displacement of local tariff and customs barriers, states increasingly sought the same powers of exclusion. In 1604 the Dutch geographer Mattheus Quadt published an atlas delineating the borders between European states for the first time. But in early modern Europe migrants were still more likely to be monitored at the district or parish level rather than at the border itself.

In 1561 the English Privy Council of Elizabeth I ordered the local authorities across London ‘to searche out & learne the holl number of Alyens & Strangers’ in the city in order to identify potential religious dissidents and troublemakers.’ In the early 17th century the Spanish royal secretary Fernández de Navarette lamented the fact that: ‘All the scum of Europe have come to Spain, so that there is hardly a deaf, dumb, lame or blind man in France, Germany, Italy or Flanders, who has not been to Castile.’

Such complaints were a testament to the porosity of state borders. Until the late 18th century travellers were more likely to be monitored at the district or parish level. During the French revolutionary wars the Jacobins began to issue foreign travellers with a carte de sureté on arrival at the French border, but these early ‘passports’ were dependent on the ideological affiliations of the holder rather than their nationality and subsequently fell into disuse after the Napoleonic Wars.

For much of the 19th century border control was sporadic and often non-existent, as millions of people migrated from Europe to the New World or within Europe itself without any passports or documentation. In 1942 the Austrian writer Stefan Zweig recalled the amazement of young people when he told them he had travelled across the world without a passport before the First World War.

The situation had started to change following the global economic slump in 1873, when governments began to introduce immigration controls based on nationality and ethnicity for the first time. In 1882 the US government passed the first Chinese Exclusion Act in response to racist ‘Yellow Peril’ lobbying from California politicians. In 1885 Bismarck ordered the expulsion of 40,000 Polish workers from Germany to prevent the ‘Polonization’ of Prussia. In 1897 the South African colony of Natal introduced a language test for immigrants, which barred entry to anyone who could not fill out an application form in English – a test that was specifically intended to eliminate ‘coolie’ labour from India. The ‘Natal formula’ was also introduced in Australia in order to keep out Chinese migrant workers.

Even in laissez faire Britain Parliament passed the 1905 Aliens Act in response to a campaign against ‘destitute foreigners’ – a category that was generally understood to mean Jews from Tsarist Russia. These restrictions were often steeped in the eugenicist doctrines of the period, which depicted immigration from ‘inferior’ or ‘degraded’ racial groups as a threat to the national ‘stock’. Immigrants were increasingly dependent on proof of identity at ports and other points of entry. The evolution of a bordered world based on ‘paper walls’ was confirmed during the First World War, when its protagonists tightened control over their borders for security reasons. These procedures continued after the war and were subsequently reinforced by the economic and political crises of the 1930s.

By 1939 the passportless world that Zweig recalled was a distant memory and national borders had become essential tools in the policing of unwanted migrants. In a world now fully compartmentalised into bordered nation-states, both ‘economic migrants’ and refugees who attempted to cross borders without the required documentation were not just criminal intruders: they also risked becoming stateless at a time when civil and legal rights were dependent on the possession of a national passport.

This situation could have dire consequences for those who found themselves excluded. Many Jewish refugees became ‘illegal’ because countries across the world introduced strict quotas on Jewish immigrants, who the Nazis often took pains to identify in their passports. Some resorted to subterfuge to cross borders. Others found themselves trapped and unable to escape to safety.

In response to these failings and to the massive population ‘transfers’ that followed the war and the ‘closed’ borders of Communist governments that prevented their citizens from leaving, governments adopted the Geneva Convention relating to the Status of Refugees after the Second World War, which made refugee protection an obligation for its signatories. In 1948 Article 13 of the UN Declaration of Human Rights declared ‘Everyone has the right to leave any country, including his own, and to return to his country.’

Today many of the western democracies that ‘won’ the Cold War are attempting to acquire the exclusionary powers of the medieval city-state in order to prevent the global ‘wandering poor’ from crossing their borders and determine who has the right to pass through their ‘gates’ and who can remain inside them.

Matt Carr is the author of Fortress Europe: Dispatches from a Gated Continent (Hurst, 2012).