Helen Szamuely explores the unprecedented success of a household manual and cookery book produced by a Russian housewife, Yelena Molokhovets, following the Emancipation of the Serfs in 1861. 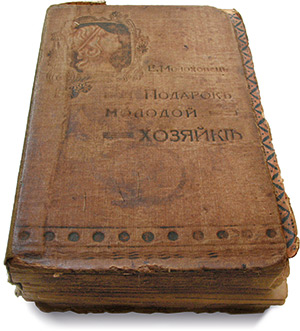 The year 1861, in which the British Isabella Beeton’s famous Book of Household Management was first published in its full form, also saw the publication of an equally important domestic manual in Russia. Yelena Molokhovets’ A Gift for Young Housewives acquired a similarly popular status and ran to 29 editions in the turbulent period between the Emancipation of the Serfs, also in 1861, and the collapse of the Russian Empire in 1917.