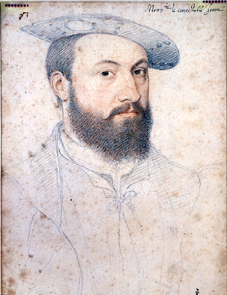 On November 10th, 1567, during the second of the French Wars of Religion, a large royal army moved north of Paris to wrest control of St Denis from a force of Protestants which was then threatening the capital. It was led to victory by a seventy-four-year-old commander who was wounded in the battle and died two days later. He was Anne de Montmorency, the Constable of France. He died, perhaps as he had always hoped to, as a warrior for his God and his king. Montmorency’s long career as a soldier, diplomat, and courtier made him one of the most important royal ministers of sixteenth-century France.