Richard Ballard looks at how events in the opening years of the French Revolution took shape in a town three days’ journey from Paris. 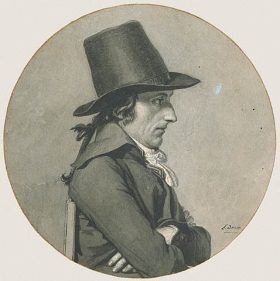 During the official Terror of 1793-94, when the National Convention’s representatives on mission carried out the most brutal acts on the internal enemies of the new Republic, Jean-Baptiste Carrier was infamous for drowning hundreds of Vendéans in the river Loire, and Joseph Fouché for having royalists shot into open graves in Lyon. Equally vindictive, but not so well known, were the actions of Bernard de Saintes, representative in eastern and central France, shown in his reports to the Committee of Public Safety. He was from the department in south-western France then called the Charente-Inférieure and his apprenticeship as a politician from 1789 until 1791, when he left Saintes for the Legislative Assembly, is a clear indication of the way he would act in Besançon, Montbéliard and Dijon when his power was unrestrained.