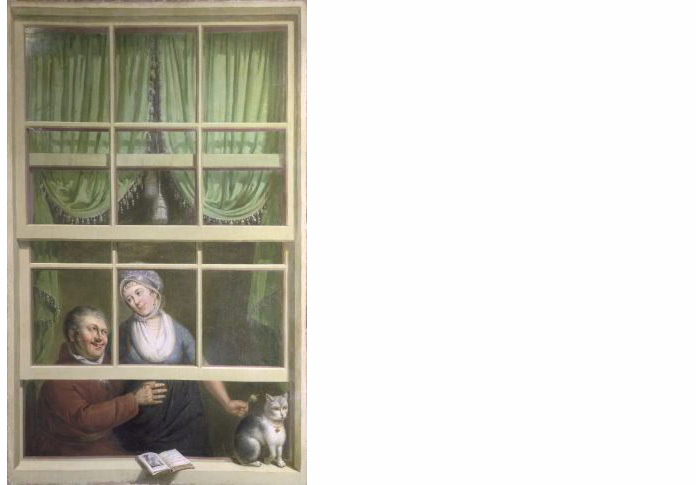 Social traditionalists have good cause to grieve. It must feel as if they are fighting a losing battle against secularisation and sexual liberation, trends that are in fashion even on the political right. As the West has grown richer in the past 50 years, so the old bonds of organised religion and patriarchy have loosened. There is a contemporary ‘End of History’ consensus that things like gay rights or abortion are not just worthy causes or inalienable rights but are the end goal of a grand historical process. Social liberalism seems inevitable and irreversible. But history shows that such progress can be, and often has been, reversed. The fashion for permissiveness comes and goes and tolerance can be as brief as the taste for bell-bottoms and flairs.

Take the dramatic evolution in English moral standards from the Georgians to the Victorians. England in the 18th century was a surprisingly transgressive place. Pornographic literature was popular and erotic manuals were read aloud in alehouses. Homosexuality was fashionable among gentlemen, serviced by cross-dressing rent boys in the Molly House subculture. Contraceptives were sold brazenly in Covent Garden. Gossipy rags like Characters of the Present Most Celebrated Courtesans provided titillating cartoons of rich women brought low by greed and desire. One such victim was described as ‘expensive in dress, extravagant in the indulgence of her palate, violently addicted to wine and strong liquors which she often drinks to excess, not infrequently to intoxication’.

Yet by the middle of the 19th century a popular re-assertion of traditional Judeo-Christian morality had transformed English mores and manners. Of course the Victorians were every bit as prone to vice as the Georgians had been – even Queen Victoria collected nude male figure drawings. Sex did not vanish in Victorian England but it was certainly idealised and privatised in a novel manner. The Victorians scrubbed the public sphere clean of sensuality – literally, with a combination of social regulation and mass-marketed carbolic soap. Sexual energy was redirected towards the monogamous family unit and new normative values were created. It was in the 1870s that scientists first categorised homosexual intercourse as a predilection rather than an act.

It is tempting to blame these changes on the prudery of an establishment desperate to re-assert control. George III led the charge with his 1787 Proclamation For the Encouragement of Piety and Virtue, and for the Preventing and Punishing of Vice, Profaneness and Immorality – an exhortation against pornography that later became the 1857 Obscene Publications Act. This coincided with an effort to enforce a bourgeois sexual order upon an urban working class, swollen in number by the Industrial Revolution.

But we should not dismiss a complex and genuine desire to improve. The new middle class saw a link between economics and morality that the Georgian aristocracy had not. They believed that hard work and abstinence could improve people, whereas decadence fostered indolence, disease and poverty. By 1900 there were upwards of 300 asylums for ‘fallen women’ in England, providing a mix of pro-tection and backbreaking labour for rescued prostitutes. The asylums attested to a popular new sense of civic virtue that sought to rescue people from themselves. It had a proto-feminist edge, protecting women against the masculine lusts that had run amok in the 18th century and objectified women as lascivious Fanny Hills. The ethics of Christian capitalism gripped Britain well into the 1960s.

The past is littered with examples of cultural reaction: the shah’s modernist Iran gave way to the ayatollah’s theocracy; the French Revolution was followed by Thermidorean conservatism. There is rarely a pattern to dissect, but in the case of the Victorian reaction there are certain parallels to today. The credit crunch has obtained a moral dimension in the hands of the US Tea Party and traditionalist critics, who see it as the material collapse of an insatiably greedy society – greedy for credit and the instant gratification that it brings. As a new economic order arises we might see the re-emergence of corresponding values of piety and sexual restraint. Whatever happens, liberals cannot rest on the assumption that liberty always expands over time. Calamity and change can cause it to contract in the blink of an eye.