An international group of scientists has successfully sequenced the entire genome of the Black Death, the epidemic that killed 60% of Europe's population in the 14th century. 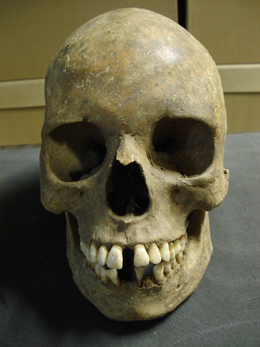 According to Ole J. Benedictow, the Black Death killed 50 million people in the fourteenth century, or 60 per cent of Europe’s entire population. The epidemic was a form of the bubonic plague, caused by the bacterium Yersinia pestis that circulates among wild rodents. Scientists have now successfully sequenced the entire genome of the Black Death from the remains of its victims. The international team, led by geneticists at McMaster University in Canada and the University of Tubingen in Germany, published the results of their research on October 12th in the scientific journal Nature.

The team analysed skeletal remains from victims buried in the East Smithfield plague pits in London located under what is now the Royal Mint. The draft reconstruction of the genome will allow researchers to track changes in the pathogen’s evolution and virulence over time. Researchers were also able to calculate the age of the ancestor of the Yersinia pestis. This date coalesced sometime between the 12th and 13th centuries indicating that earlier plagues, such as the Justinian plague, which killed an estimated 100 million people in the 6th century and was once thought to have been caused by the same pathogen, was in fact probably caused by another pathogen yet to be identified.

Hendrik Poinar, director of the McMaster Ancient DNA Centre, explained the significance of reconstructing the genome:

The genomic data show that this bacterial strain, or variant, is the ancestor of all modern plagues we have today worldwide. Every outbreak across the globe today stems from a descendant of the medieval plague. With a better understanding of the evolution of this deadly pathogen, we are entering a new era of research into infectious disease.

Johannes Krause from the University of Tubingen described how:

Using the same methodology, it should now be possible to study the genomes of all sorts of historic pathogens. This will provide us with direct insights into the evolution of human pathogens and historical pandemics.

The direct descendants of the same bubonic plague exist today, and are responsible for the deaths of some 2,000 people each year.