The turkey’s path to festive supremacy was much more unexpected – and glorious – than it might seem.

Christmas wouldn’t be the same without turkey. Along with mince pies, mistletoe, Santa Claus and the Queen’s speech, the roasted splendour of a fine, plump turkey is the epitome of a merry yuletide celebration. But while many of our most cherished festive traditions began as peculiarly Victorian innovations, the practice of tucking into heaps of turkey meat on Christmas Day has a longer and arguably more venerable history. As early as 1573 an English observer joyfully described the bird as 'Christmas husbandlie fare' and from that moment on its success was all but assured. Despite the popularity of geese and other fowl until well into the 19th century, the much beloved gobbler has ousted every challenger to become our food of choice for the annual family get-together.

Yet while the origins of the Christmas turkey can be traced back to the late 16th century, this is only half the tale. The turkey’s path to festive supremacy was, in fact, much more unexpected – and glorious – than it might seem. To see just how glittering was its path to the place of honour at the Christmas dinner table, it is necessary to go back a little further, to the excitement of the Voyages of Discovery and the Italian Renaissance.

Despite its name – the result of a later mix-up with a similar-looking, but entirely unrelated species – the turkey was unknown in Europe throughout antiquity and the Middle Ages and it seems more than likely that Christopher Columbus was the first to set eyes on the bird (which the Aztecs had failed to domesticate yet nevertheless revered as a god of disease and plague) during his last voyage to the New World in 1502. It was an immediate hit among the curious and food-conscious explorers. Writing only a few years later, Gonzalo Fernández de Oviedo y Valdés observed that 'the flesh of these turkeys [was] incomparably better and more tender than that of the peafowls in Spain' and it is clear that the European appetite (both figural and literal) had been whetted.

It was not long before word of the newly discovered creature reached the ears of potentates well disposed towards zoological and culinary novelties. Barely nine years after Columbus’s first encounter, King Ferdinand II of Aragon – acting through the bishop of Valencia – ordered Miguel de Passamonte to bring a tom and a hen back to Spain for breeding, and was so anxious to see the birds that he told Passamonte to put them under guard for the whole journey to ensure that none of the ship’s crew ate them en route.

Whether Passamonte succeeded in his mission or not, the first reliable evidence of turkeys being imported into Europe comes not from Spain, but from Italy. Curiously, however, they appeared more as intriguing status symbols than as sources of food. When Alessandro Geraldini, Bishop of Santa Domingo, presented his friend, Cardinal Lorenzo Pucci, with a pair in 1520, for example, he gave instructions that they were to be admired for their rarity rather than eaten and for a brief while thereafter they became the latest fashion accessory in Renaissance Rome. No self-respecting cardinal thought their palace gardens complete without a few birds strutting around the place. Cardinal Salviati, a member of a particularly notable Florentine family, was especially famous for his flock of turkeys.

So enamoured were Renaissance Italians with the sheer exoticism of turkeys that they rapidly had them commemorated in art with an enthusiasm that was usually only reserved for such 'noble' animals as horses and dogs. The Florentines, in particular, had a special passion for representations of turkeys. In 1522-3 Cardinal Giulio de’ Medici (later to become Pope Clement VII) commissioned Giovanni da Udine to commemorate the turkey’s unique charm in a fresco in the Villa Madama, just outside Rome. A little more than 20 years later, the cardinal’s kinsman, Cosimo, had an image of a turkey woven into a tapestry depicting the bounties offered by a personified figure of Abundance. Indeed, so thrilled was Cosimo de’ Medici with this turkey that he subsequently paid Giambologna to cast a freestanding statue of a tom that can still be seen in Florence’s Bargello. Yet images of turkeys also appeared much more widely. Before Giambologna’s statue was finished, Pieter Brueghel the Elder included a dead turkey in his painting of Fortitude and his son, Jan the Elder, later featured them in the Entry of the Animals into Noah’s Ark.

It was only towards the middle of the 16th century that the turkey craze assumed a more culinary form. As Francois Rabelais’ mention of them in his Pantagruel (1548) suggests, turkey was initially an 'elite' foodstuff. In 1549, for example, Catherine de’ Medici had a feast of 70 turkeys served to her guests at a Parisian banquet, while her son, Charles IX, was gratified to be presented with a gift of a dozen tasty birds by the people of Amiens at about the same time. But before long turkey had become the food of choice for the masses, too, although not without some social upset. In 1557 the Patricians of Venice were so concerned about the widespread consumption of this 'elite' dish that sumptuary laws were passed to restrict it to the nobility. In England, however, the popular passion for turkey meat had become too great for such measures. Although Sir William Strickland felt deeply honoured that Edward VI allowed him to include turkeys on his coat of arms as a mark of his pioneering role in facilitating their importation, the 'elite' quality of turkey meat was impossible to preserve. Everyone wanted it. In 1560 laws had to be passed to prevent turkeys bred for slaughter from being allowed to roam through the streets of London and it was amid such turkey-based chaos that the bird began to emerge as an 'aspirational' staple of the Christmas dinner table.

So, as you sit down to enjoy your turkey on Christmas Day, or pick at the left-overs in the days that follow, spare a thought for the fine heritage of a bird that has travelled from the New World to grace the palaces of cardinals with its presence and its portraits and that once enjoyed a glamour to which no other Christmas fare can lay claim. Indeed, while turkeys may not exactly look forward to Christmas, perhaps it is at least the one time of the year where their noble past can be remembered.

Alexander Lee is a stipendiary lecturer in early-modern history at St. Catherine’s College, Oxford. His latest book The Ugly Renaissance: Sex, Disease and Excess in an Age of Beauty (Arrow) is available now. 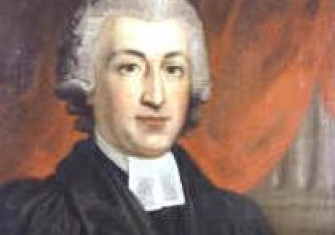 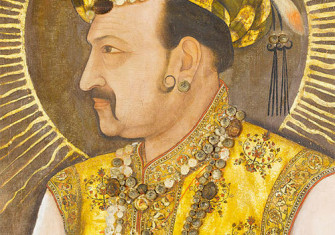