The Trouble With Madeira

The Portuguese island of Madeira had the misfortune to play host to more than its fair share of expatriate religious strife in the early Victorian period. In the 1840s, tensions reached a violent crescendo. 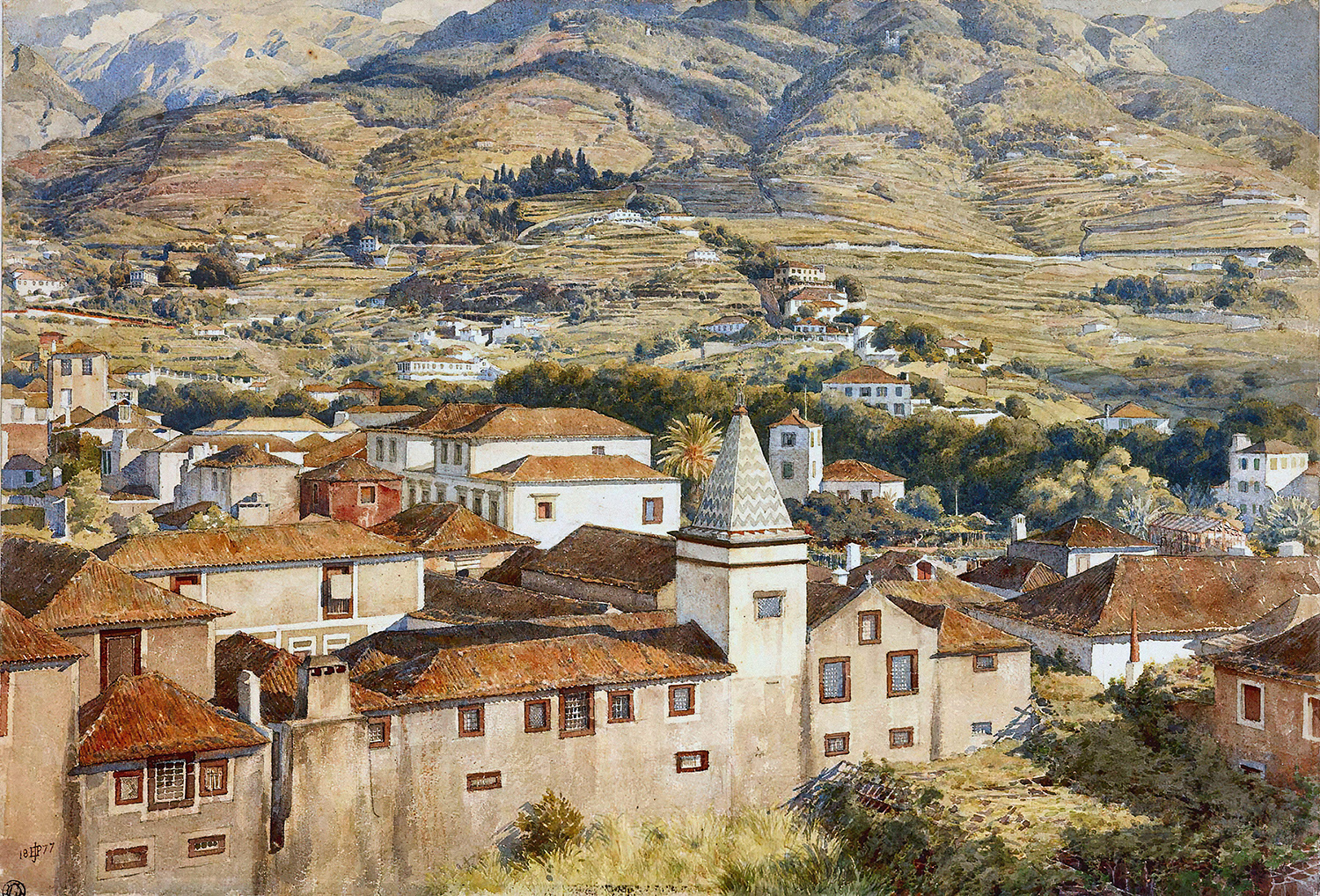 On 9 August 1846, a mob of enraged islanders broke into the house of a British medical missionary who had practised on the island of Madeira for several years. They ransacked his property and proceeded to burn his books, prints, medicines and other possessions. The doctor was absent, having fled the previous night, forewarned of the impending outrage. After sheltering briefly with a friend, he managed to slip aboard a Royal Mail steamer in Funchal bay and left Madeira, never to return.

Robert Reid Kalley (1809-88) was only the most notorious of the several expatriate clergy who contributed to making Madeira a byword for religious dissent in the early Victorian period. The island’s turmoil was not home-grown but engendered by the activities of British incomers. Kalley, a Scottish Presbyterian of a strongly evangelical stamp, came to Madeira in 1838 on a temporary visit for his wife’s health. Discovering a benighted and poverty-stricken peasantry sorely in need of enlightenment, he abandoned his original intention to undertake missionary work in China and obtained a Portuguese medical qualification to enable him to practise on the island. He also returned briefly to London to be ordained by a Congregationalist minister.

Kalley was apparently a humane and generous man, but he was also a fanatic. He provided valuable medical services for the poor in Madeira – in contrast to other British doctors who only served the well-heeled expat population – but his ultimate ambition was to reach into the souls of his patients through Bible study and preaching, sometimes at outdoor mass gatherings. Unsurprisingly this was interpreted by the local authorities and the Catholic Church as Protestant proselytism. There was even talk that Kalley encouraged iconoclasm.

The assault of 9 August was the last act of a systematic campaign by Kalley’s enemies to expel him from Madeira. That it took so long to achieve was testament not only to Kalley’s obduracy, but to the strength and influence of his supporters. These included not only local Portuguese adherents, most of whom were poor peasants, but British visitors, too. Many of these were wealthy invalids wintering on the island for their health, as well as their friends back home. That was certainly the belief of the British consul, George Stoddart: ‘I am given to understand that … Dr Kalley’s supporters and advisers have been, and are, chiefly some invalids who have been only a short time in the island’, he reported in May 1843. Forwarding a petition in favour of Kalley from his supporters to London, Stoddart explained that they were ‘no doubt exceedingly well-meaning persons but some of them certainly indiscreetly enthusiastic and injudicious – the greater number of the signatures are those of invalids, including many ladies, who are only here for a short time for the benefit of health’.

Several of Kalley’s supporters were caught up in the violence that erupted in the days before the doctor’s expulsion, including two elderly Scottish women, the Miss Rutherfords, whose house was invaded by a mob in search of some of Kalley’s converts, termed ‘Calvinistas’, on the night of 2 August. Such was the shock that one of the ladies ‘lay for hours in a state of insensibility’. Another Kalley supporter, a navy purser in Madeira with an invalid mother and sister, was in the Rutherford house at the time and ascribed his mother’s death some days later to the violence.

As if Kalley’s activities were not enough, Stoddart also had trouble with the island’s Anglican chaplain. Richard Thomas Lowe (1802-74), a noted naturalist, had held the British chaplaincy at Funchal since the early 1830s. Lowe was a Tractarian, whose services alienated the established Anglican congregation presided over by the British consul and the leading mercantile families to such an extent that, in January 1846, a meeting of church subscribers voted by 13 votes to five to discontinue contributing to his salary. A minority of the congregation, largely comprising temporary visitors, formed a body agitating for restoration of his income. In February 1846 Stoddart reported that 22 people had signed a ‘protest’ in Lowe’s favour. The annual church meeting the following January saw an unsuccessful attempt to overturn the 1846 vote.

At the end of 1847 the British government terminated Lowe’s official status as consular chaplain, but he did not go quietly. He issued a public protest on the arrival of his successor and announced that he intended to continue holding services in a private room. His activities bequeathed a legacy of bitterness: among his crimes, according to a member of the congregation, were his packing of the chaplaincy library with tractarian publications in place of ‘truly evangelical works’, and his temerity in removing both the library and the communion plate on his dismissal, as though they were his own property; ‘the great majority of the residents, however, were so pleased to obtain the removal of their ill-suited pastor … that they took no steps to recover the property belonging to their church’.

Lowe continued to return to Madeira at regular intervals to pursue his scientific interests, visits which no doubt continued to refresh the memory of the religious strife of the past. Consul Stoddart’s long and regular complaints about British expatriate clergy in Madeira had led his boss, John Bidwell, superintendent of the consular department of the Foreign Office, to wish ‘all the parsons at the bottom of the sea’. His wish was partially fulfilled many years after his retirement when the Revd Lowe tempted the gods of the Western Approaches once too often and drowned with his wife off the Scillies in April 1874, on his 38th passage.

It was not by chance that Madeira had the misfortune to play host to more than its fair share of expatriate religious strife in the early Victorian period. Several factors conspired to make it uniquely vulnerable. By this time, the island was virtually a British colony. It had a long-established permanent English-speaking community mainly involved in the wine trade. This population, about 300 strong, was joined by a regular infusion of visitors, numbering perhaps 200 a year in the late 1830s, but rising to a peak of 430 in the winter of 1851. Most of the visitors arrived in the autumn and left the island for home or elsewhere in Europe in late spring, although a few spent two or three years in uninterrupted exile. Almost all were invalids and their companions and family members, lured south to escape the northern winter. Until the 1860s virtually all visitors were British, drawn largely from the upper or professional classes, including a significant proportion of clergy.

Although visitor numbers were tiny compared with the island’s population as a whole, there was scarcely any social interaction between the tourists and the local Portuguese, beyond the employment of servants. Even hotels were typically run by British expats. The visitors lived in something of a ‘bubble’, idling away endless days with little to fill their time except visits and gossip. They naturally brought their professional and personal preoccupations with them and had every opportunity to indulge them. Stern Presbyterian lawyers from Edinburgh found the indefatigable Kalley, persecuted by the Portuguese clergy and ill-supported by the consul, doing God’s work among the heathen. Earnest Oxford scholars discovered a progressive chaplain trying to revive a semi-moribund congregation dominated by wine merchants. It was almost inevitable that they should find the time and inclination to engage with and amplify these local dramas.

Most visitors appear to have shared an utter disregard for the interests of native Madeirans. One rather more sensitive visitor, Emmeline Stuart Wortley, thought that the natives, especially of the higher class, resented the British influx, and ‘would be delighted to sweep their fair island clear of them’. The lower classes might have welcomed the economic opportunities that the visitors provided, but they were dismissed by the tourists with contempt. In the words of a correspondent in The Times, ‘everyone who has resided here for some time has remarked the extreme and indeed incredible stupidity of the lower orders’. Dr Kalley, one of the few British incomers who tried to better the lives of the Madeiran poor, had ulterior motives that led to disturbance of the island’s social equilibrium, ably assisted by interfering outsiders. Happily for Madeira, the 1840s proved to be the highpoint of external disruption. British invalids continued to winter in the island for the remainder of the 19th century but seem to have become less prone to import their home-grown obsessions.

The extreme bitterness of the controversy in the Church of England passed. Expatriate society in Madeira became less insular as increasing numbers of other foreigners, especially Germans, began to arrive and communications with home improved. Meanwhile a change in Portuguese law clarified the legal position regarding missionary activity, inscribing rights of religious toleration but firmly proscribing proselytism. There would be no more Dr Kalleys.

Richard Aspin is senior research fellow at the Wellcome Collection, London and is completing a book on Victorian invalids in Europe.