Before the harmful effects of radiation were acknowledged, the beauty industry sold radium as ‘liquid sunshine’. Marie Skłodowska Curie’s death would change that. 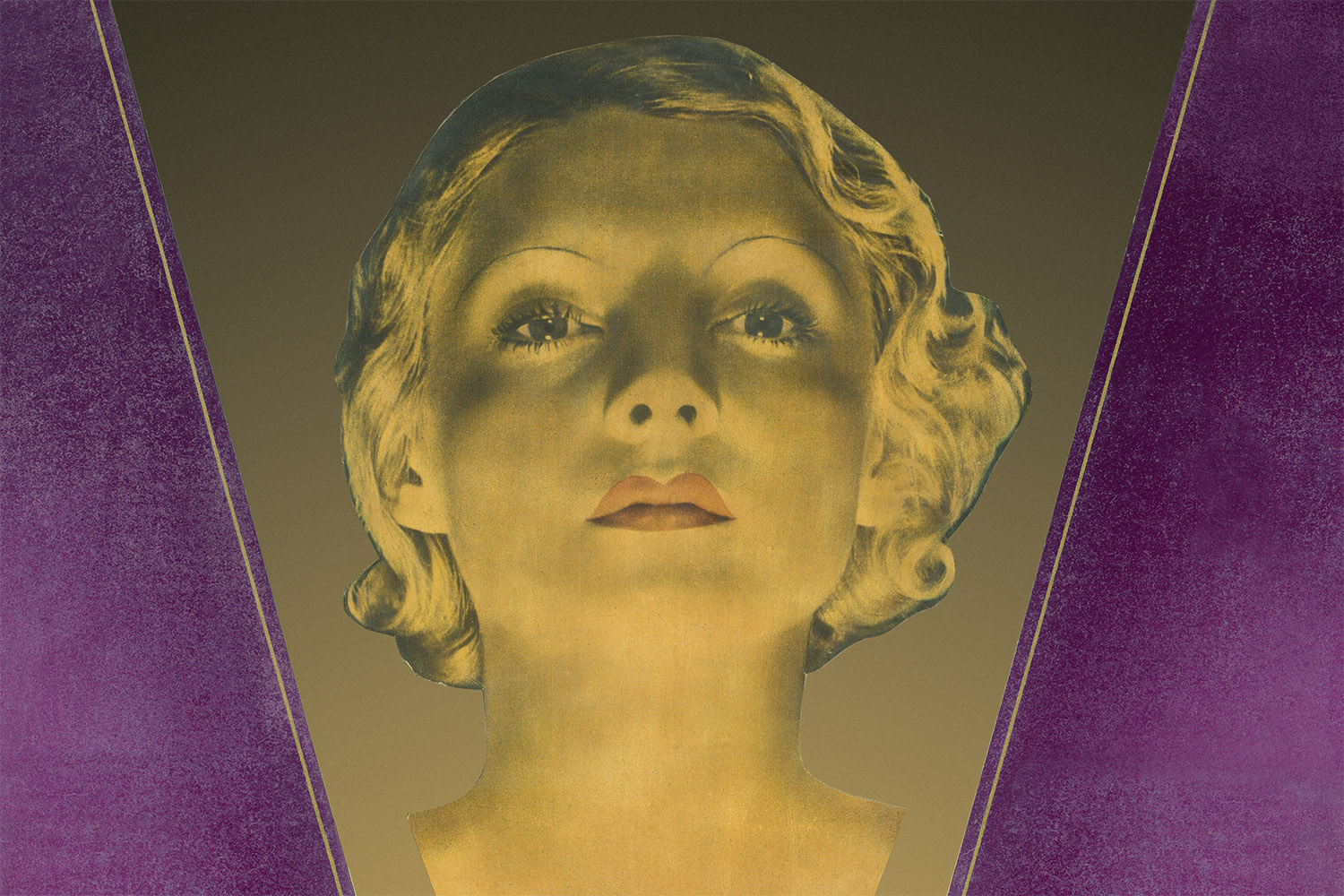 All images from the collection of Lucy Jane Santos. Photographs: Sonee Photography.

In 1933, The Hairdresser and Beauty Trade magazine announced the launch of a new product to its British audience. The Paris-based beauty range Tho-Radia could be used for ‘toning up and strengthening of the tissues of the skin, the elimination of fat, and the removal of wrinkles’. It was, the editorial noted, ‘a perfect scientific method of keeping the skin of the face and neck in order’ thanks to the principal ingredient: radium bromide, a known radioactive component.

Radium, which was discovered by Marie Skłodowska Curie in 1898, had already been the subject of scientific, medical, entrepreneurial and public fascination for several decades by the time Tho-Radia hit the shelves. There had been health products such as the O-Radium Hat Pad (‘whenever you are wearing your hat, you are subjecting your hair to beneficent rays’) and the spa towns of Bath and Buxton offered glasses of radium water in their pump rooms. At Boots the Chemists, you could acquire Sparklet’s ‘Spa-Radium Bulbs’, which turned tap water into carbonated radioactive water, a Nu Ray Radium Lamp (a combination of radioactive materials and a household electric lamp) or some Radior radium toiletries (‘guaranteed to contain actual radium and remain radio-active for 20 years’). 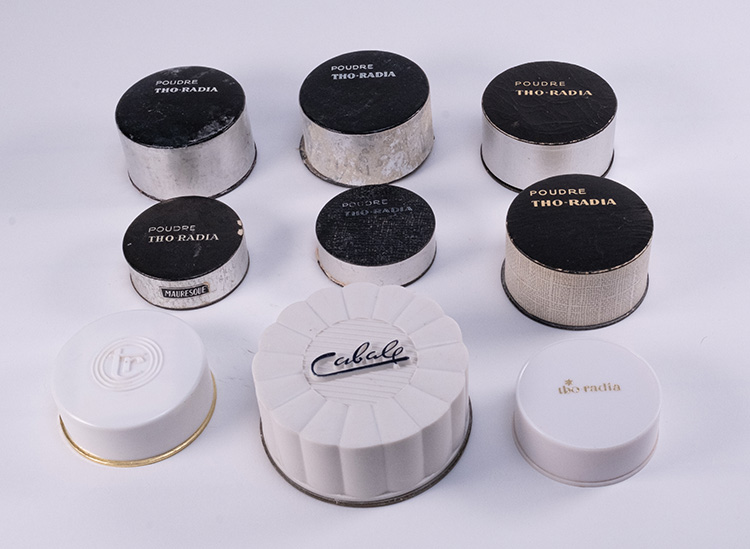 While these products were presented for a variety of ailments, diseases and inconveniences, they had in common the treatment philosophy of mild radium therapy. This had its roots in hormesis, practitioners of which maintained that small doses of any noxious agent could exert a beneficial action. For Tho-Radia this meant a small amount of radium bromide added to their extensive range of products which included soap, toothpaste, day- and night creams, rouge à lèvres in 12 colours and other cosmetics, skin tonics and beauty milks.

Tho-Radia’s advertising material visually referenced the naturally luminous properties of radium. The Curies had shown that, while radium looks like common salt in the daytime, it glows at night because radiation agitates the nitrogen that is naturally present in the air, creating a buzz of energy perceptible as a shimmer of light. This reference can be seen most strikingly in an advertising poster for the product’s launch, attributed to the designer Tony Burnand, which shows a young blonde white woman (known as the Tho-Radia girl) illuminated by a light coming from branded Tho-Radia products.

The ‘healthy glow’ shown on Tho-Radia Girl’s irradiated face had become an important component of idealised beauty in the late 19th century, but it was even more so in the 1920s and 1930s, as deliberate tanning and the benefits of sunshine were outlined in the press and medical journals. Many scientists feared that people, increasingly living and working in urban environments, were not getting enough sunshine. Heliotherapy and consumer devices designed to simulate or capture the health-giving benefits of sunshine became popular. Radium as a form of ‘liquid sunshine’ had been a popular analogy from its discovery. 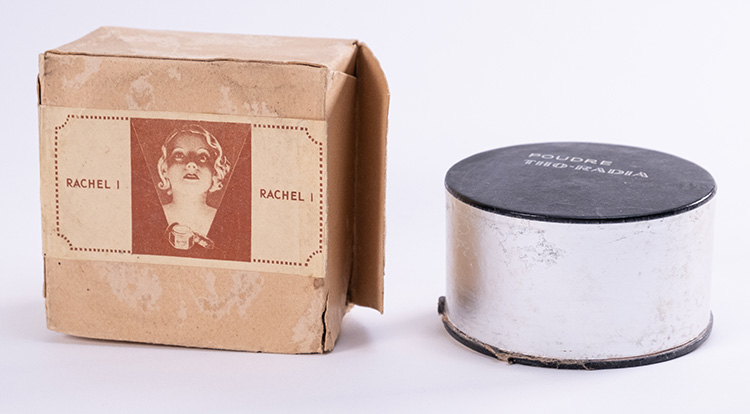 Tho-Radia also claimed that their products were made to the ‘Formule du Docteur Alfred Curie.’ While historians originally thought that Dr Curie was a fictional marketing device, his existence has subsequently been established. Although a real person and a medical doctor, Alfred Curie has not been identified as having any research interest in radiation or a background in chemistry. Most researchers conclude that he was used by the company to mislead consumers into believing that the product was (somehow) endorsed by Marie Skłodowska Curie.

This thought clearly crossed the mind of someone in the Curies’ immediate circle, as shown by a letter in the Curie Archive at the Bibliothèque Nationale in Paris from the lawyer J L Ricqles. The letter (which unfortunately has no recipient’s name) is a response from a concerned approach about Tho-Radia and a request to investigate the legality of using their name for advertising.

It was not the first time the family had sought to protect against a misuse of the Curie name. In 1924 Skłodowska Curie had received a letter from the Morey Flux Chemical Company in Delaware, USA. Morey A. Park, the letter writer and owner, was concerned because they had been approached by a party interested in making a ‘Curie Hair Tonic’ and wanted to check whether they actually had permission to use the name as was claimed. Marie wrote back denying any such authorisation and even had to refute the claim that the hair tonic was made in accordance with her own personal formula.

The case of Tho-Radia was more complex and Ricqles advice was that Alfred, if he was genuinely named Curie, had the right to use his name in any way he saw fit. There was a chance, however, that a tribunal would look favourably on any lawsuit brought about by the family if it was shown that the name was being used ‘in such a way that it is susceptible to create prejudicial confusion to other person’s interests’, or, in other words, that it would damage the family’s reputation.

While there is no evidence that the legal case was taken any further, it is clear that the Curie family were on guard against their name being linked to anything outside their control. Not only were the Curies concerned about their legacy, Skłodowska Curie was also allegedly in self-denial about the risks caused by her work with radium and the damage exposure to radioactivity could cause. Marie was very ill, to the extent that it was becoming increasingly hard to conceal. Although she had tried to keep the extent of her illness secret, she was virtually blind by the 1930s, having had operations on her eyes in 1923, 1924 and 1930.

During the summer of 1934, she fell seriously ill and travelled to the Sancellemoz sanatorium in Passy, France, where she was booked in under an assumed name. She had initially been diagnosed with tuberculosis and it was thought that the mountain air would be beneficial. However, while at the sanatorium her diagnosis was changed to aplastic anaemia. She died on 4 July 1934 at the age of 66. Her final words were said to be: ‘La tête tourne’ (the head spins). She was buried two days later alongside her husband, Pierre, at a cemetery in Sceaux, outside Paris. 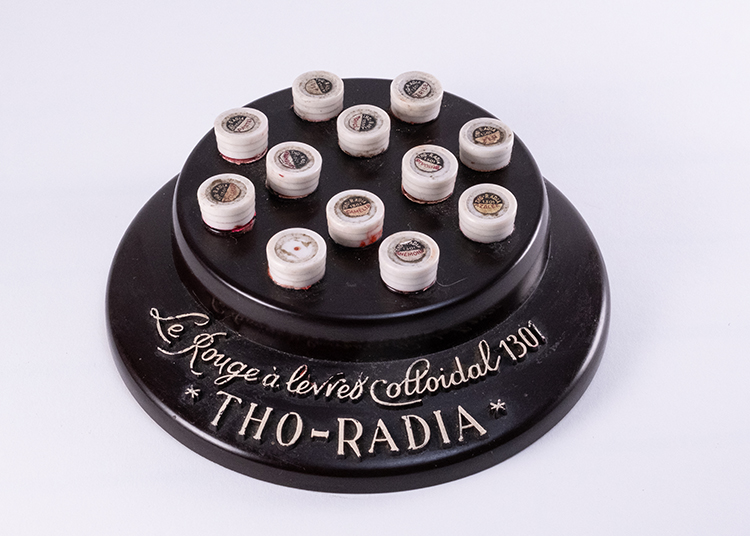 The death of Marie Skłodowska Curie helped to galvanise a reaction to the use of radium. By 1937 the French government had placed significant restrictions on the sale of products that contained radioactive substances.

The effects of this new legislation had implications for the marketing and manufacturing processes of the Tho-Radia brand. While they had no choice but to stop using radioactive ingredients, printed evidence shows that the company did not undertake any radical rebranding and continued its commercial success with advertisements in magazines such as Marie Claire. The brand continued to trade successfully and registered new products throughout the 1950s before going into liquidation in 1962.

Lucy Jane Santos is the author of Half Lives: The Unlikely History of Radium (Icon Books, 2020).