Finland celebrates its centenary in December 2017, but the concept of Suur Suomi – ‘Greater Finland’ – has existed since at least the 18th century. 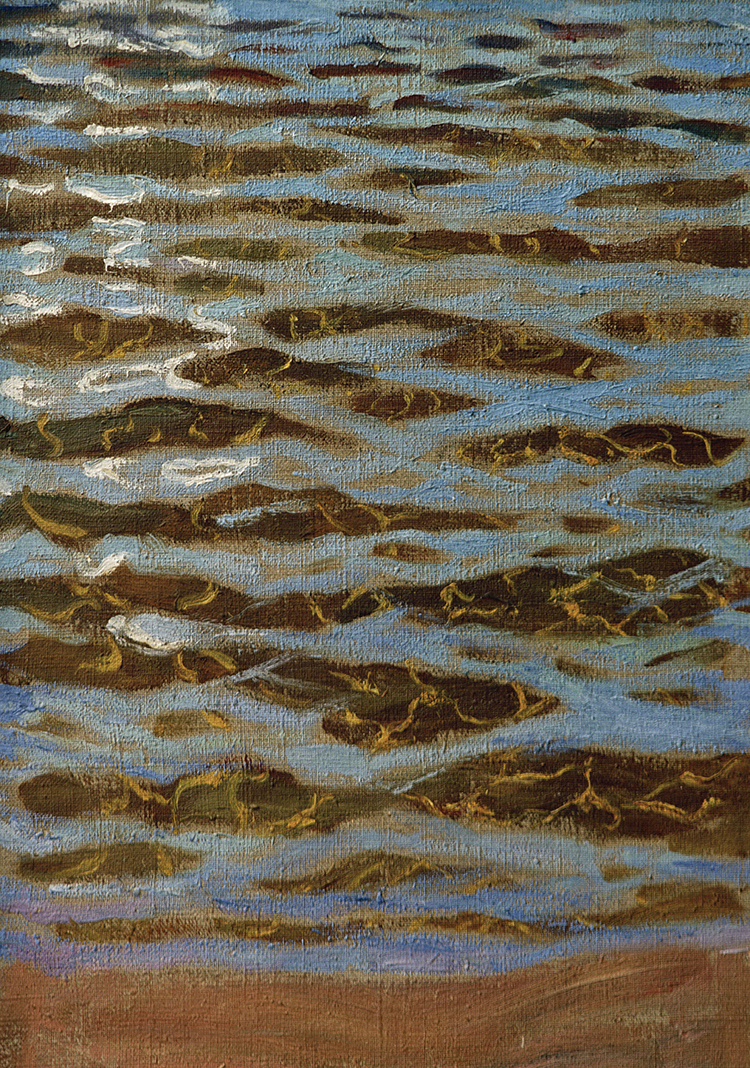 Before 1917, Finland was a semi-autonomous region at Europe’s northern periphery, absorbed by Sweden and then Russia. Yet the concept of Suur Suomi – ‘Greater Finland’ – has existed since at least the 18th century, when Henrik Gabriel Porthan, the ‘Father of Finnish history’, promoted a study of folklore that developed into grand artistic expressions of nationalism during the 1800s. Finland resisted becoming a Soviet satellite and, celebrating the country’s centenary in 2017, Finns can enjoy the benefits of avoiding the full glare of postwar communism: the country is often ranked among those with the highest quality of life in the world. Finland’s forests are arguably its greatest natural asset; the carved elk’s head was possibly used as the figurehead of a boat which, during the Stone Age and after, were a vital means of transportation. Finland – as a travel slogan from the 1920s understates – is a land of 30,000 lakes. 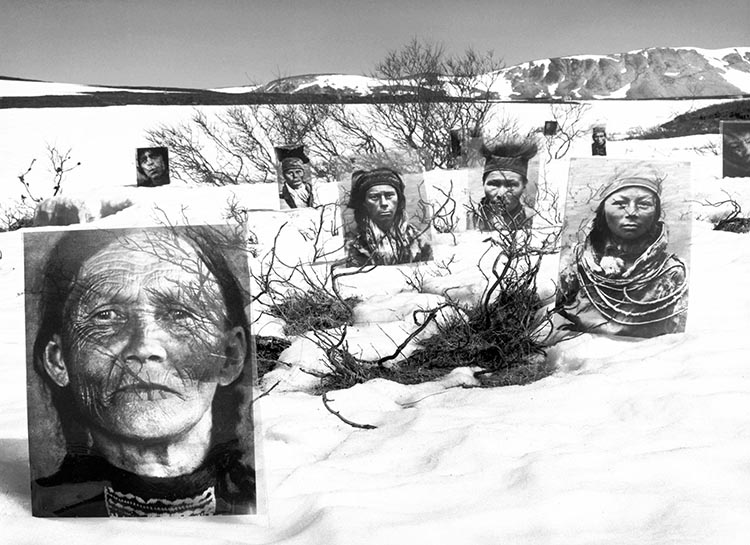 Lapland, in Finland’s far north, is home to the Sami, the only recognised indigenous people of Europe, who were driven north during the Middle Ages by the arrival of the Finns. Photographer Jorma Puranen’s Imaginary Homecoming series returns a selection  of Sami portraits – taken in 1884 during an expedition by the French prince Roland Bonaparte – to the region. ‘Lapland has traditionally been depicted by historians as the melancholy Ultima Thule, abandoned and unnamed’, says Puranen. Imaginary Homecoming attempts to ‘understand Lapland as it has been inhabited and shaped by the Sami’. 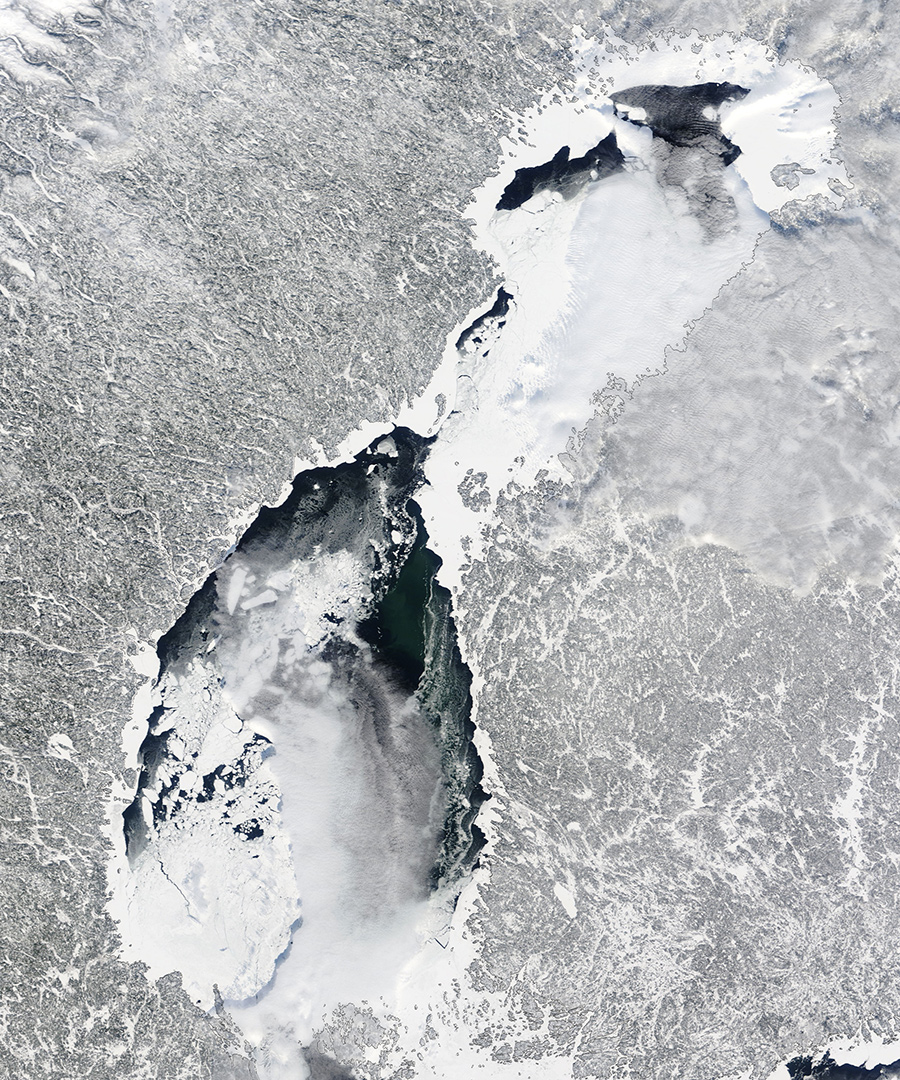 Swedish rule over Finland was established by a crusade led by the knight Birger Jarl in the mid-13th century and lasted until 1809. Under Sweden, southern Finland was governed as a group of provinces by nobles on behalf of the Swedish monarch. In winter, with the Baltic Sea frozen, Finland often became isolated, effectively granting the nobles autonomy. The Swedish aristocrat Bo Jonsson Grip was in official control of Finland by 1374. In 1150, Eric IX of Sweden led the first (disputed) Northern Crusade, bringing Christianity to Finland. He was accompanied by an English bishop, Henry, who became a martyr for Catholic Finns after his murder by Lalli, a folk hero considered Finland’s first freedom fighter. Though apocryphal, both appear in the prayer book Missale Aboense, the first book printed for Finland. 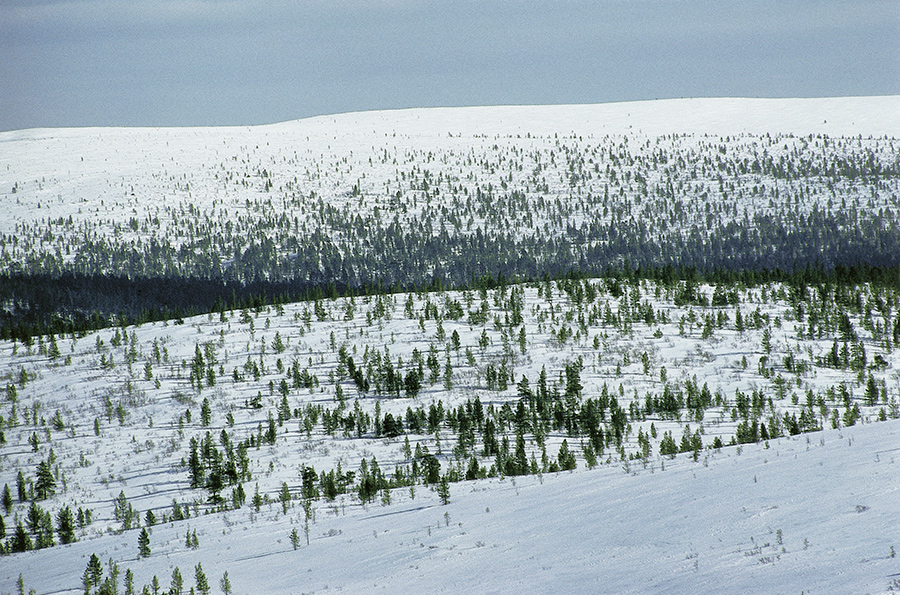 The country’s harsh landscape has little to attract would-be invaders, but it has been a contested no-man’s land between powers to its east and west. In the Middle Ages it was a battleground between Sweden and the Novgorod Republic until the Treaty of Nöteborg agreed borders in 1323. It lay between Sweden and Russia during the Great Northern War, 1700-21. 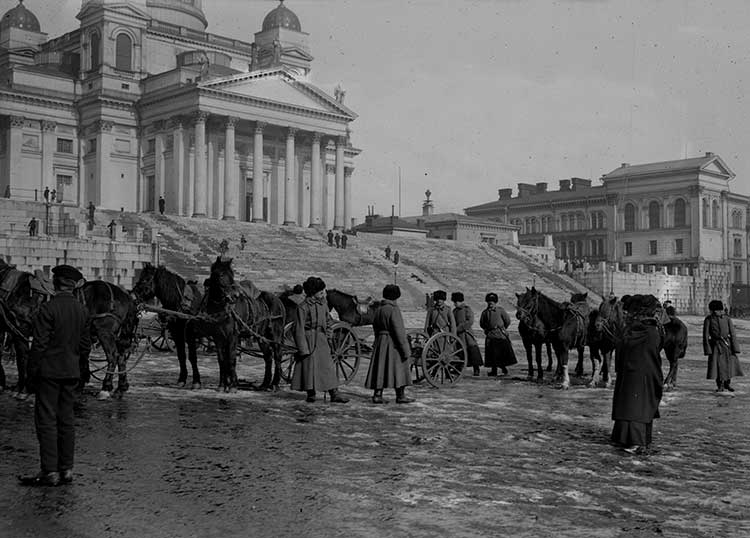 The rise of Russia as a power in the Baltic culminated in its victory over Sweden in the Finnish War of 1808-9. Finland became a Russian duchy, although it retained some cultural and political autonomy. In 1812, the Finnish capital was moved east from Swedish-facing Turku to Helsinki, in order to reduce Swedish influence. Johan Albrecht Ehrenström, who designed the city’s new plan, described Helsinki as an ‘illustrious memorial’ to the reign of Tsar Alexander I. 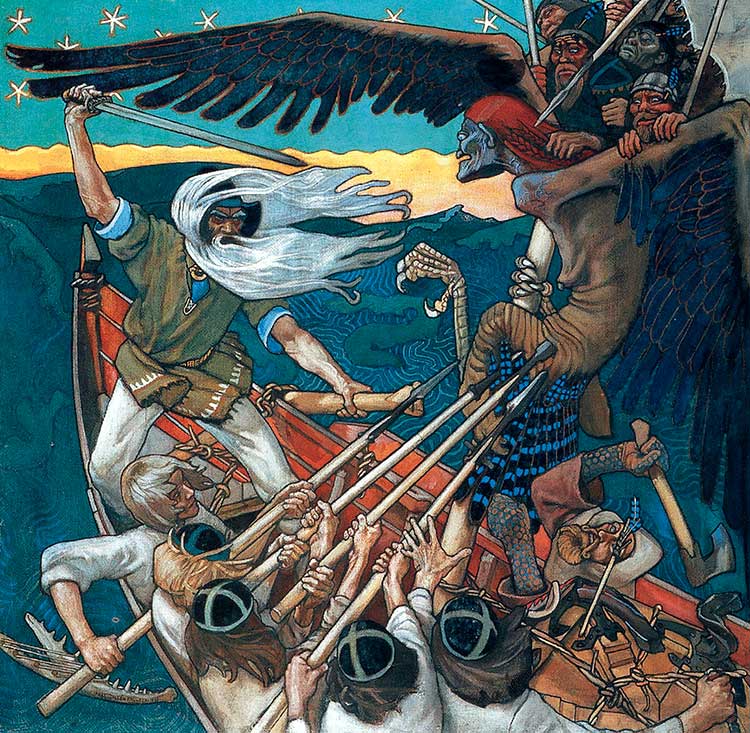 The Defence of the Sampo, Akseli Gallen-Kallela, 1896. Finnish nationalism existed during Swedish rule, but, in the 19th century, as interest in national identities spread across Europe, philologist Elias Lönnrot (1802-84) travelled to remote parts of the country collecting oral folk stories and poems. In 1835, inspired by the Homeric epics, he compiled them as The Kalevala. This national epic inspired a wave of patriotism which extended to the arts, witnessed in works by the painter Akseli Gallen-Kallela and the composer Jean Sibelius. 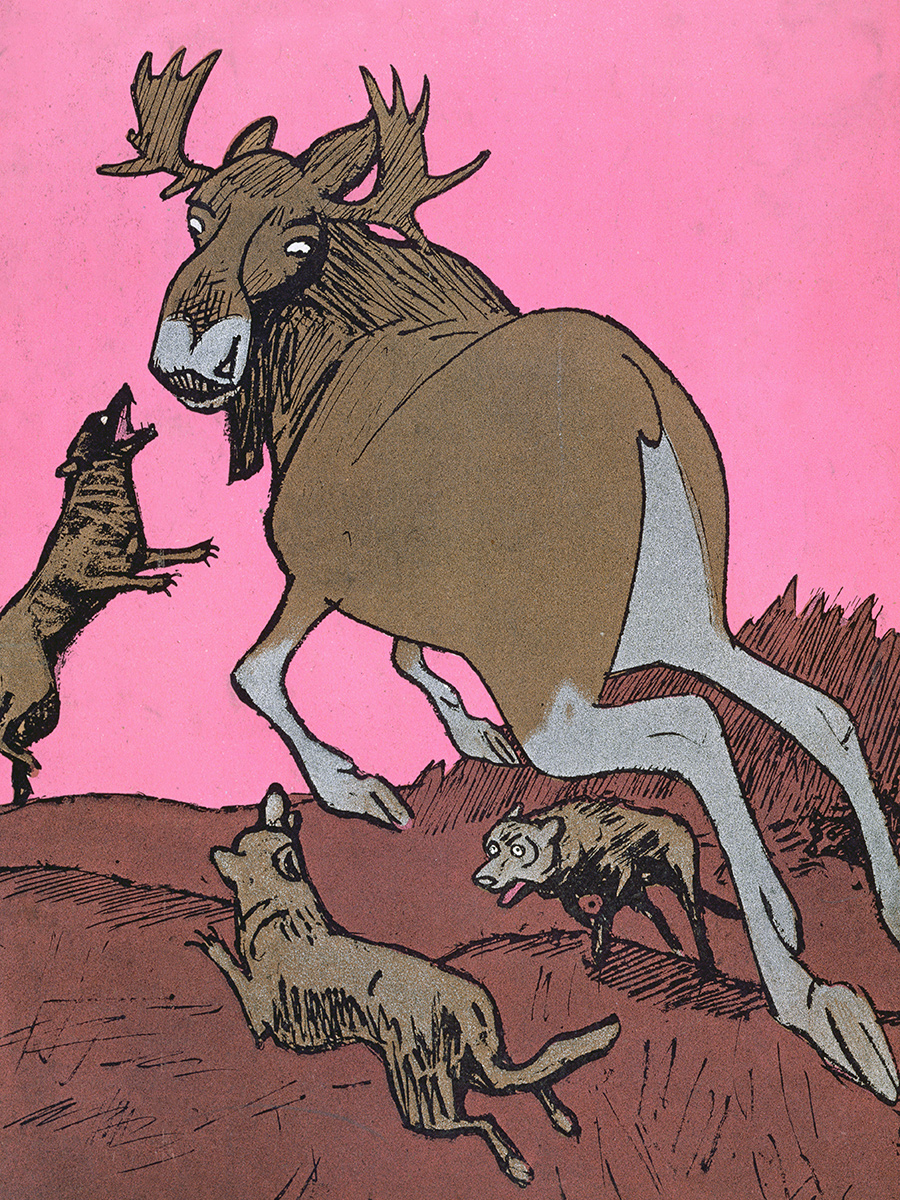 The accession of Tsar Alexander III in 1881 ended Finland’s autonomy. Alexander was suspicious of nationalist tendencies across his empire and the process of Finland’s ‘Russification’ continued after his son, Nicholas II, became Tsar in 1896. Following the Russian Revolution, Finland declared independence on 6 December 1917. Unlike in Russia, the resulting civil war was won by the non-socialist Whites on 15 May 1918.

THE ENEMY OF MY ENEMY 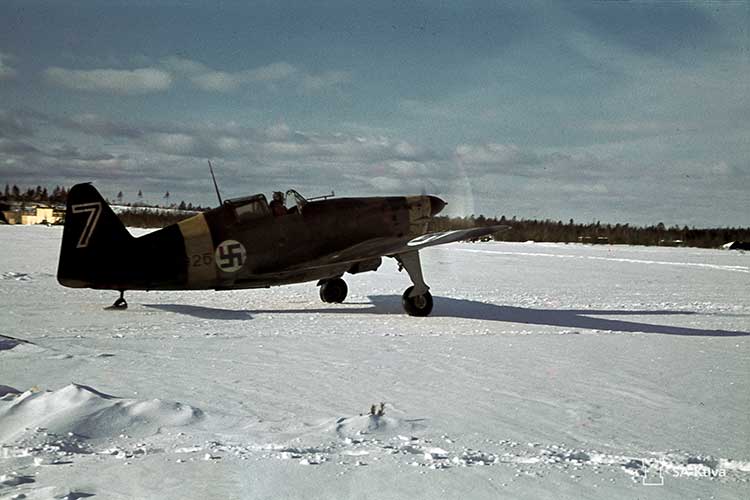 Finland sided with Nazi Germany during the Second World War, a decision that has been described as ‘inevitable’, given the country’s desire to free itself from its eastern adversary, the Soviet Union, and recover lost land, specifically the disputed region of Karelia. Exiting Finland, the Nazis practised a scorched earth policy in the country’s north. Finland was ordered to pay the Soviet Union reparations of around $600 million. 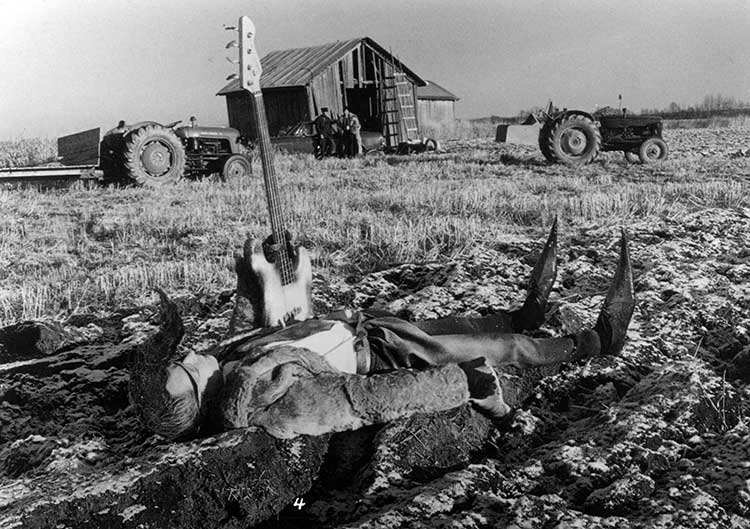 In the postwar period, many feared that Finland would become a Soviet satellite. Director Aki Kaurismäki’s 1989 comedy Leningrad Cowboys Go America centred on a fictional Siberian band embracing rock music and touring America, a comment on the declining influence of the Soviet Union. In 2017, Kaurismäki probed Finland’s immigration policy with The Other Side of Hope. Finland has been a country marked by emigration, though its 21st-century prosperity is likely to change that.