How did literacy encourage slave rebelliousness after the American War of Independence? 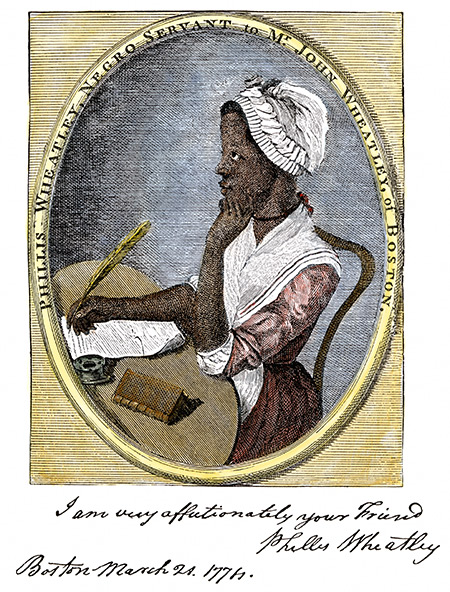 As the dust settled and libertarian rhetoric became increasingly muted, the newly created United States of America emerged as a republic whose lifeblood was her educated and selfless citizenry. Amid the promise and potential of the young nation, the survival of slavery stood in stark contrast to the rhetoric promoting liberty and equality to all men.

Following the ratification of the American Constitution in 1789, a plethora of legislation was enacted across the United States promoting slave illiteracy and curtailing slave mobility. With an increasing awareness of slave discontentment, slaveholders targeted what they perceived as contributing to that restlessness: instruction of reading and writing. Suspicious of slave gatherings and paranoid that literacy could ‘spoil’ a slave, they recognised that learned slaves who freed themselves from the shackles of slaveholder-imposed ignorance would be unsuited to a life of perpetual servitude.

What if a slave understood the moral arguments against their enslavement – would they seek vengeance against their enslavers? Would a literate slave transmit knowledge or inspire discontentment among the wider slave community for whom they held special status? And was it a coincidence that the leaders of well-known slave rebellions, such as Toussaint L’Ouverture, Gabriel Prosser and Nat Turner, were literate slaves?

These were men, women and children who defied the threat of whipping, branding and even death to learn to read and write. With the odds stacked against them and slaveholder rights to reclaim their property protected by legislation such as the Fugitive Slave Acts of 1793 and 1850, most escapes ended in failure.

When faced with punishment, division of family, a new owner or poor working conditions, hundreds of slaves chose to run from their masters every year. Slave runaway advertisements in local newspapers were used by slaveholders to try to retrieve a runaway and, although rare, advertisements for slaves who could read and/or write reveal the liberating effects of literacy for slaves and the fears of many slaveholders being realised.

The case of Prophet illustrates this point. On first impression, Prophet was a typical Georgia runaway. He was a male slave aged between 25 and 30 and the property of John Ruppert, who had purchased him from Leonard Cecil. A discontented and rebellious character, he escaped. His owner valued him worthy of a $10 reward, which was advertised in the Savannah-based Georgia Gazette on October 18th, 1792.

‘Well known in and about’ Savannah’s bustling multiracial urban environment, his daily interaction with the city’s white and black population and access to newspapers and discourse was far from the popular image of the isolated slave toiling in the field as the sun set on a rural plantation. On the contrary, he was literate and learned. He was empowered. Ruppert concluded that it was now ‘very probable that he [Prophet] will pass for a free man, as he can both read and write’.

This was an explicit acknowledgment that being able to read and write provided Prophet with the skills to learn more and to transform his identity. Adopting a new ‘free’ identity, Prophet could cast aside his slave status and manipulate his surroundings for the accomplishment of freedom, like other literate slaves who  ‘endeavour[ed] to pass as free men’. Assimilated into society, he was free in his own mind. Bodily freedom was the final stage of transition from slave to free man. In an attempt to preserve his reputation, Ruppert could only attempt to discredit Prophet’s likely account of his enslavement, portraying him as a ‘very smooth tongued’ runaway who could ‘tell a very plausible story’.

In a similar fashion, Isaiah Wright and Thomas Hamilton advertised for their slave Hercules in June 1793. Regarded as a ‘notorious offender’, the proof of which ‘he carried [by] the mark of a whip on his back’, Hercules was a 24-year-old African-American, or ‘country born’, runaway. Denied instruction, the young slave had concealed his learning. He was able to read ‘remarkably well’, which his advertisers linked to him becoming ‘very artful and impertinent’, and they believed he would attempt to ‘change his name’. Name-changing was a common sign of slave empowerment and a challenge to slaveholder authority. Conforming to the ‘artful’ slave type, a term used by slaveholders pejoratively, Hercules had developed skills that made him difficult to control and was no longer the obedient servant his owners desired. They placed a bounty of $10 upon his head, wanted ‘dead or alive’.

‘Artfulness’ in a slave’s character was most often attested to a literate and learned slave and was linked to excessive knowledge and transforming their identities. In most cases, it was used to characterise slaves who could read; those who had knowledge and imagination and could interpret and subsequently adapt to the world around them. They were slaves who had developed a sense of self and forged their own identity. Rarely was ‘artfulness’ used to describe runaways who could only write, which was linked to more practical qualities, such as the forging of passes.

A successful escape required a combination of astuteness, adaptability and practicality. It was imperative that the slave be inconspicuous, often reinventing themselves during escape attempts. Their slaves having escaped, slaveholders used the advertisements to downplay the consequences of their slaves’ literacy and learning, portraying themselves as still in control. Advertisers resorted to pejorative phrases and deliberate vagueness in their description of the act of the fugitives. Terms such as ‘artful’, ‘pretends or endeavours to be free’ or ‘acquired a pass’ deliberately masked the reality that the slave had demonstrated empowerment, skill and agency.

Having acquired basic reading and writing skills, literate scribes embarked on learning while simultaneously moving ever further away from the state of ignorance their slaveholders desperately tried to protect. Reading and learning allowed slaves to understand the immorality of their condition and many resolved to become free. These slaves had become free in their own minds and began articulating a free identity for themselves through reading and writing which could only be realised by escaping the slave system.

Shaun Wallace is an ESRC-funded PhD student studying slavery in the American South at the University of Stirling.