Picking Up the Torch: The Golden Age of the Continuation Novel

Literary brands, delineated characters and franchises have existed since ancient times. Why is the continuation novel enjoying a golden moment now? 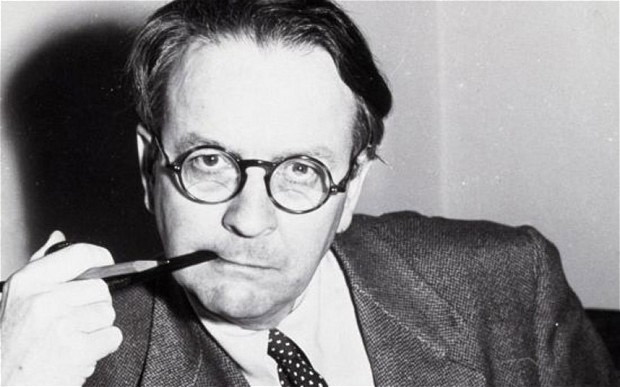 When asked recently why he wrote his most recent novel, the author John Banville answered: ‘Because I was asked to’.

The book in question, The Black Eyed Blonde (published by Pan Macmillan in paperback this February) was written by Banville under his pseudonym Benjamin Black in blatant and acknowledged imitation of Raymond Chandler at the request of Chandler’s estate. It’s a setup that might inspire a film noir script: a decorated author (Banville) with a penchant for pseudonymously writing crime thrillers is approached by the estate of a long-deceased author. His task? Imitate one of the defining stylists of 20th-century literature. The reward? A best-selling novel and a substantial share of the accompanying spoils. The appeal for the Chandler estate is obvious: Chandler’s copyright will expire in the UK in 2029 and the value of characters – in this case Chandler’s famous PI Philip Marlowe – often exceeds the value of an author’s original texts.

The concept of one novelist ‘writing as’ another, usually to expand or continue a literary franchise, is known as a continuation novel, and is an increasingly familiar feature of the contemporary literary landscape. My copy of The Penguin Dictionary of Literary Terms and Literary Theory doesn't include an entry on the continuation novel, but future editions probably will. In recent years Sebastian Faulks has written as P.G. Wodehouse, William Boyd as Ian Fleming, Sophie Hannah as Agatha Christie, Anthony Horowitz as Arthur Conan Doyle, and more. ‘When you read Anthony Horowitz' new James Bond novel in September, you will think it is a lost Ian Fleming’, tweets literary agent Jonny Geller, who acknowledges that ‘the past five years has seen a significant rise in this model’ when I ask him about the popularity of such novels. We might be living in the second ‘golden age’ of television, but this is also arguably the first golden age of the continuation novel, which is arguably a less impressive development. It prompts various questions, such as: is literary publishing eating itself?

Homage, parody, pseudonym and forgery are commonplace throughout literary history, a potted survey of which might include the following key moments: in antiquity, a whole school of poetry was ‘written as’ Anacreon, referred to as the Anacreontea. In the late 18th century, children’s author Sarah Trimmer, who wrote the popular Fabulous Histories (1786), complained of being pirated on multiple occasions. Henry Fielding supposedly wrote a parodic sequel to Samuel Richardson’s Pamela titled Shamela. Later still, in 1907, Joseph Conrad had a breakdown while writing Nostromo and his friend (and later collaborator) Ford Maddox Ford wrote some of the book for him to ensure Conrad met serialisation dates. The 1913 novel Sherlock Holmes saving Mr. Venizelos, written by an anonymous author, is thought to be Sherlock’s first reincarnation (and also the first detective novel in Greek literature). Not all the above examples are nefarious in intent, but all in some way attempt to obscure the act of literary ventriloquism that is occurring.

The continuation novel differs from fan fiction (also enjoying a purple patch, which is unlikely to be a coincidence) chiefly in its ‘official’ nature. The books are commissioned by the deceased author’s estate, written with its approval, and marketed using both author’s brand associations. They are, in a sense, the logical conclusion of the familiar marketing tool of comparing a new author to an established author: ‘For fans of…’ or ‘Author A meets Author B’. The first well-known example of this model of publishing with an established author ‘picking up the torch’ on official business does not occur until the post-war period, when, in 1968, Kingsley Amis wrote Colonel Sun, a ‘new’ James Bond novel under the pseudonym Robert Markham at the behest of Ian Fleming’s estate. Tantalisingly one reviewer of Amis’ book noted that while it was unusual for an established author to continue a franchise in this manner, it was not unprecedented, though my search for an example predating 1968 has proved fruitless thus far. Continuation novels have detractors. ‘The posthumous pseudo-sequel never amounts to more than a nostalgic curiosity’ wrote, ironically, Kingsley’s son Martin Amis in a review of Perchance to Dream, Robert B. Parker’s authorised attempt to resurrect Chandler in 1991.

Why is the continuation novel so prevalent now? Literary brands have existed in some form or another since Homer. Why did no enterprising literary agent – a profession that has its roots in the late Victorian era – encourage a young, struggling George Gissing to ‘write as’ his idol Charles Dickens following the latter’s untimely death? Dickens was no stranger to franchising out his name: George W. M. Reynold’s Pickwick Abroad (1838) borrowed its titular protagonist from Dickens. Famously, Dickens and Wilkie Collins would write parts of each other’s books. EM Forster admired Jane Austen above all other writers, and today she is among our most rewritten authors. Why not expand her oeuvre in the early 20th century? The changing nature of intellectual property rights has much to do with the answer of course: they were less clear in the past, and more short-lived making forgery and plagiarism viable options. The literary brand, today, is a managed and controlled phenomenon. A dead author’s reach on social media (managed by their estate or publisher) can be vast. The person or people who control Socrates’ Facebook page have access to nearly 1.5 million people.

Aside from copyright, however, two interesting factors might be considered when explaining the present rise of the continuation novel, one recent and one not. Post-war publishing saw the paperback revolution, a change that according to Encyclopaedia Britannica ‘set book publishing upon a bolder and more adventurous course, turning it from a minor industry into one of sufficient growth and profitability to attract professional investors’. Arguably the eBook ‘revolution’ is a comparable growth area for the industry, ushering in a period of new potential profitability and markets. ‘Publishing’, says Jonny Geller, ‘is all about finding shorthand ways of capturing the reader by reducing intricate and complex narratives to bite size signifiers’. Few literary forms fit that bill like the continuation novel.

A more interesting theory might seek a precedent in the ancient world. In Edith Hall’s Introducing The Ancient Greeks, (The Bodley Head) she describes how, following Alexander the Great’s death and the Wars of the Successors, Ptolemy I embarked on turning Alexandria into the world’s supreme center of civilisation. Central to this was the construction of the Library of Alexandria. Construction commenced around 297 BC, and Ptolemy imported the most acclaimed experts money could buy as well as bank-rolling a book-buying program that sent scouts to Rhodes and Athens with limitless money. Ptolemy’s venture was a success. Among those he brought to Alexandria was Callimachus who ‘knew more about ancient Greek literature than anybody before or since’, and changed the course of Western poetry by breaking with the literary culture amassed at the library with dense, erudite and cryptic poems. This period of literary experimentation was not to last. One of the detrimental effects of the library was to ensure that the past Hellenic literary tradition weighed heavily on the city’s poets and writers. 'Almost as quickly as Ptolemy had brought the finest poets of his empire to its headquarters in Alexandria, innovation in Greek poetry ceased almost altogether', writes Hall, who suggests that the recent resurgence in the popularity of the 'pseudo-archaic Hymns of Callimachus or the whimsical, gothic response to Homer in Apollonius’s Argonautica' is a due to our own age’s same 'obsession with recycling inherited artifacts'.

The classics weighed heavily on Ptolemy's Egypt just as their 'modern' incarnations do on our own. Does a period of widespread knowledge, readily accessible information and quick literary canonisation like that of Ptolemy’s Alexandria – and, with the internet, like our own – stifle creativity and innovation? If so, the rise of the continuation novel might be among the symptoms.