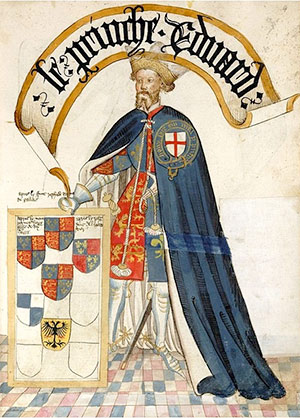 The recent deaths of the Dowager Duchess of Devonshire and the 11th Duke of Marlborough are a reminder of the existence of an endangered British species: the non-royal duke and his duchess. Of over 800 hereditary titles in Britain today, there are only 24 non-royal dukes and, for reasons of death or divorce, fewer duchesses.

Royal dukedoms – that is, those granted to members of the monarch’s family – have been created since 1337, when Edward III made his eldest son Duke of Cornwall, and there is no reason to think they will not continue.  However, the future for non-royal dukedoms is not bright.  Created for exemplary service to the monarch, they were the highest accolade, so there were always very few of them. The greatest number to exist at one time was 40, at the end of George I’s reign in 1727. The last non-royal dukedom was Fife, created - twice - by Queen Victoria for the Earl of Fife: firstly in 1889, when he married Princess Louise, eldest daughter of the Prince and Princess of Wales; and secondly in 1900, allowing the dukedom to pass to Fife’s daughters in default of a son, and then to the male heirs of those daughters.  Queen Elizabeth offered a dukedom to Winston Churchill after he retired as Prime Minister in 1955 but he declined, as the Parliament Act 1911 would have prevented his spending his last days in the House of Commons as he wanted to do.

History has shown how rare it is for a duchess to inherit in her own right. Usually the title is achieved only by marriage, although the creation of such titles for women has been slightly more common in Scotland.  Examples include Anne, 3rd Duchess of Hamilton, who inherited the title aged 19, during the turbulence of the Civil War; and Alexandra, Duchess of Fife, on the death of her father, the 1st Duke, in 1912. The current title holder is the 3rd Duke.

Today non-royal titles are more likely to die out than be created. The Duchess of Cambridge may have caused the rules of succession to the throne to be changed to allow for a girl to inherit, but the non-royal duchesses are still subject to the same pressure as they were centuries ago: to produce a male heir. The title of duke, like all hereditary titles, is granted with a ‘remainder’, or instructions as to whom the title must pass - usually a male. The most recent dukedom to become extinct was Portland in 1990, with the death of the 9th Duke; his only son had predeceased him. Protests from families threatened by the absence of male heirs led to Lord Lucas in May 2013 introducing his Equalities (Titles) Bill to the House of Lords. The Bill has not progressed since committee stage in December 2013 but since then the Succession to Peerages Bill 2014, introduced by Lord Trefgarne, had its first reading on 11 June in the House of Lords. Not only does it provide for females to inherit under certain conditions, it also provides for the investing in the relevant person of peerages that became extinct on or after 6 February 1952 (the date of the Queen’s accession); that person may petition the Queen to consider their situation. If the Bill becomes law, perhaps it could help not only the Portland dukedom but also Leeds (extinct 1964) and Newcastle (1988).

In the meantime, Britain’s non-royal dukes and duchesses remain an endangered species, although ‘Debo’ Devonshire and ‘Sunny’ Marlborough can rest assured that those dukedoms are safe, at least for now.

Jane Dismore is a freelance writer and biographer.