Matthew Lynn finds a sobering historical parallel between 1873, a traumatic year for the global economy, and the present day. 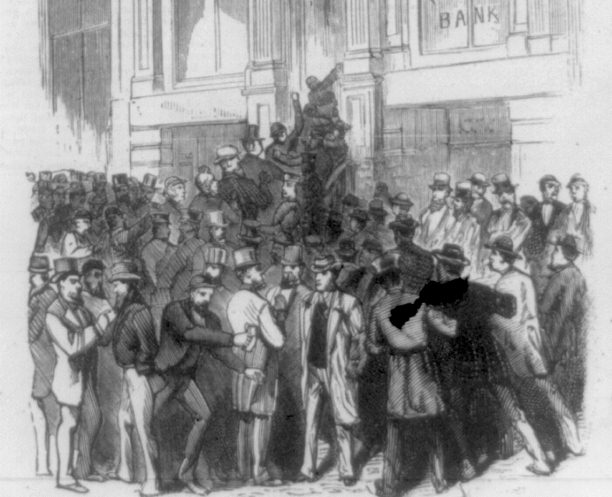 The New York Times, as it so often does, described the scene perfectly:

The brokers stood perfectly thunderstruck for a moment, and then there was a general run to notify the different houses of Wall Street of the failure... The brokers surged out of the Exchange, stumbling pell-mell over one another in general confusion and reached their offices in racehorse time.

Actually, it is not any of those. The scene it was describing was from the crash of 1873, and the failure was of Jay Cooke & Company, a huge finance house of the day, and one of the main backers of the Union side in the Civil War.

As it turned out, 1873 was a traumatic year for the global economy. The trouble started in Vienna, with the collapse of market that had been pumped up by a wave of speculative money, then rapidly spread out across the world. It was in many ways the first of the great global financial panics, of the sort we are so depressingly familiar with today. And it was the start of what economics historians refer to as ‘the long depression’ – a slump that ran from 1873 to 1896.

And it is still very relevant. When the economy fell off a cliff in 2008, policy-makers and politicians looked back to the 1930s for lessons. But that was mainly because they are familiar with it. They learnt about in school, and they’ve seen it in movies.

But in fact, the 1870s are a more instructive parallel. It was a slump caused by a build of debt, the arrival of new technologies, and a massive continental power that was flooding the world with cheap goods – the US then like China today.

And the key lesson? Unfortunately some slumps last for a very, very long time.