The author of Red Heat: Conspiracy, Murder and the Cold War in the Caribbean discusses her work with Paul Lay. 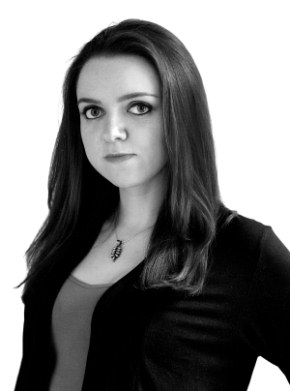 You have chosen to integrate Cuba’s recent history with that of its neighbours: Haiti and the Dominican Republic. Can you tell us what attracted you to that framework?

Cuba, Haiti and the Dominican Republic were the three major independent nations in the Caribbean. All of them had to play a game with their powerful neighbour. They depended on the US for trade and aid, but were fearful for their sovereignty if they let the Americans get too close. There’s the familiar story of ‘13 days’ of the Cuban missile crisis, which many accounts locate almost entirely in the White House. When I panned out from that and looked at what was going on in Haiti and the Dominican Republic, as well as Cuba throughout the 1950s and 1960s, it became this vivid story; full of freewheeling mercenaries, fake terrorist plots, Mafia hits, exploding planes and cigars, even an army of zombies.

On top of that there was a strong story about how Caribbean leaders had done their best to manipulate the US using its fear of Communism in the region, often with great success. At the same time, genuine liberation or prodemocracy movements had been stifled. It was an important story that had a resonance with current events, particularly the War on Terror.

It seems, at first, that Castro was keen to have an amicable relationship with the US. What went wrong?

There’s evidence that he did want friendship, or at least peaceful coexistence. There was some enthusiasm for him inside the US embassy in Havana and in the State Department. Things went wrong soon after his victory in 1959 for two reasons. First, Castro resisted any attempts to control him or even persuade him to more moderate courses of action. For example, he carried out public executions of hate figures of the former regime. Second, there was a campaign of terrorism and sabotage against his government which he blamed on the CIA. A ship carrying small arms blew up in Havana harbour in March 1960. It may have been an accident, but Castro saw it as a declaration of war by the US and that pushed him into a relationship with the Soviet Union.

Castro seems an almost benign figure in comparison with his fellow dictators, François Duvalier of Haiti and Rafael Trujillo of the Dominican Republic. Did anyone in the US government have any qualms about their behaviour?

Yes. The striking and sad thing about reading the State Department archives from these years is that the US had plenty of perceptive people, both on the ground in those countries and in Washington, many of whom objected to US support for despots. But they just weren’t listened to because – and this was true under Eisenhower, Kennedy and Johnson – the primary fixation was with stopping Communism.

So, for instance, in 1961 the well-informed former diplomat Adolf Berle argued for regime change in Haiti, not Cuba. That was justifiable. There was widespread popular unrest against the government in Haiti. Some of Duvalier’s close associates, including his doctor, had gone to US officials to warn them that he was insane and was torturing and murdering his opponents. But Berle was thought ‘out of touch’.

How did US activities in the Caribbean affect later military ventures such as those in Vietnam and the Middle East?

Very literally, because the US Marine Corps Small Wars Manual, used in Vietnam, was written on the strength of experience in the Caribbean. The most influential operation was Lyndon Johnson’s Operation Power Pack, a massive intervention in the Dominican Republic in 1965 aimed at averting a Communist revolution. Johnson had the CIA scour the Dominican Republic for Castro-trained guerrillas, but they could only find eight of them in a population of four million. At that time many critics spoke against Power Pack and the Vietnam War in the same breath.

The events you deal with in Red Heat have until recently been viewed as current affairs. Yet for you, who wasn’t even born at the time, they are history. How does that affect our perspectives?

These events took place 50 years ago. US government papers are usually declassified after 30 years and for a political historian those papers create a real sense of what was going on. Some historians work even closer to events than I do. If I relied primarily on interviews, I’d already be too late. Almost everyone of importance in the book is dead, except for Fidel and Raúl Castro.

If I am lucky enough to live to a grand old age, I’ll be thrilled to read the histories that a generation not even born yet will write about the events of today: the Bush-Blair relationship; the pursuit and assassination of Osama bin Laden; the British intervention in Libya. Current events turn up new questions all the time. Sometimes these questions can only be answered from the perspective of history.