The French Grand Tour was the preserve of the elite, but in the decades before the Revolution ‘the art of being abroad’ endured a crisis. Who should travel and why? 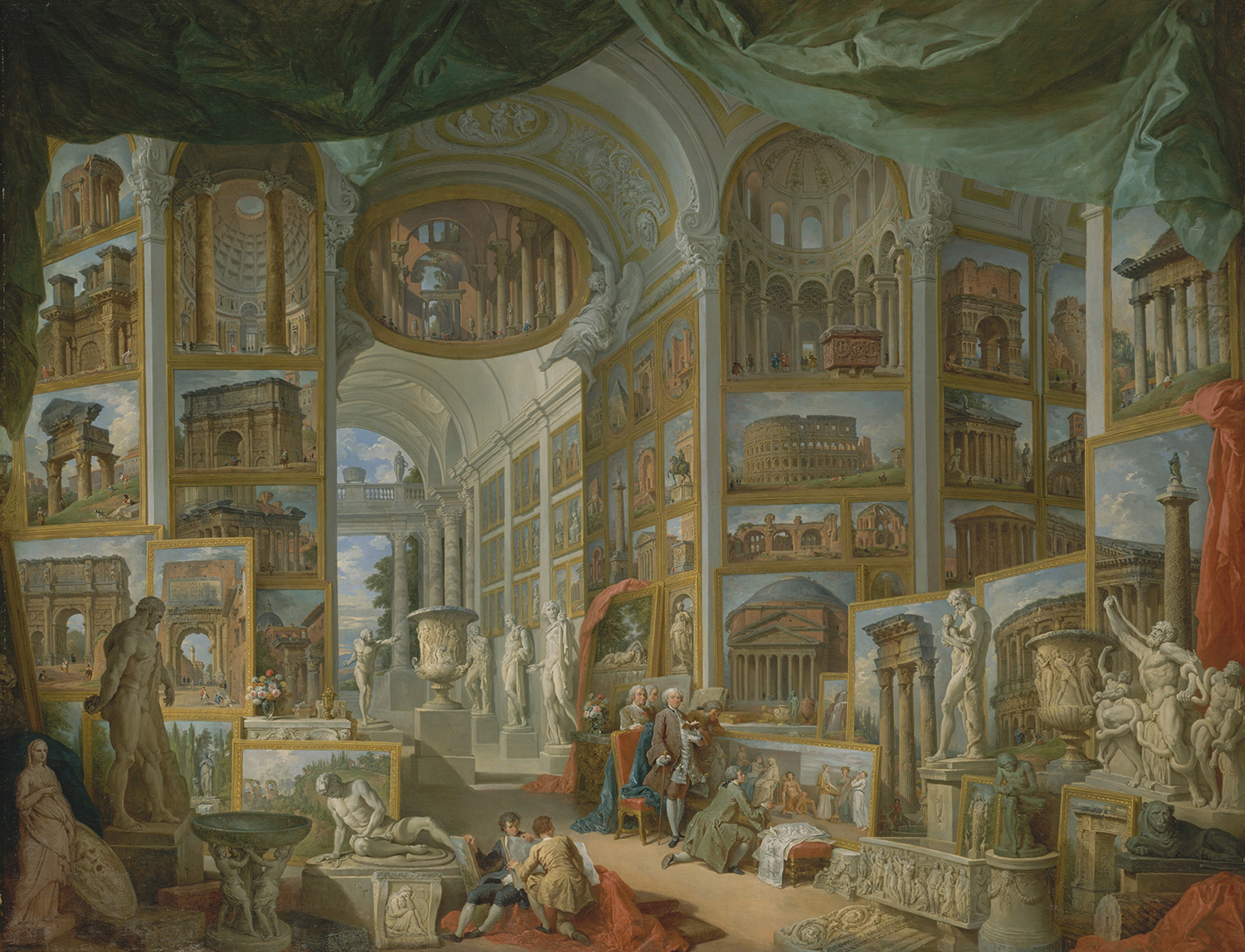 Ancient Rome by Giovanni Paolo Panini, commissioned by the Count de Stainville, later the Duke de Choiseul (centre, with a guidebook in hand), 1757.

In his essay on the education of children, Michel de Montaigne opined that travel is useful, ‘but not the way French nobles do it (merely bringing back knowledge of how many yards long the Pantheon is, or of the rich embroidery on Signora Livia’s knickers)’. A holiday touring ancient monuments and peeping up the skirts of courtesans is not worth leaving home for; travel should be an opportunity for ‘learning of the humours of those peoples and of their manners, and knocking off our corners by rubbing our brains against other peoples’.

Montaigne’s opinion fits into a literary and intellectual tradition in early modern Europe, known under the mixed Greek-Latin moniker ars apodemica – ‘the art of being abroad’. With ever-increasing mobility on the roads of Europe from the end of the 16th century, the idea of ‘useful’ travelling was avidly and, sometimes, hotly debated. Who should be allowed to travel and how? Arguing that travel should be open to all was tantamount to questioning the nature of privilege and the existing social order. Therefore, texts debating the best practices of travel were not only full of advice, but also functioned as proposals for social or political reform, utopian thought experiments, or acts of provocation.

Montaigne wasn’t the only one to decry useless, idle travel. A century later, the fabulist Jean de La Fontaine wrote two tales about the dangers of imprudent travelling. In ‘The Tortoise and the Two Ducks’ the tortoise (not the wise animal we know from ‘The Tortoise and the Hare’, but a witless ‘slow animal’) wishes to see ‘Kingdoms, republics, people never seen’ and to travel like Odysseus, the epitome of the resourceful traveller. Its preferred means of transportation is to bite on a stick, the two ends of which are carried by ducks. In ‘The Rat and the Oyster’, the rat is described as ‘a beast of little wit’, but his curiosity pushes him to travel. Both animals are punished by death for their imprudence: the tortoise falls from the skies when it boasts of being ‘the queen of Tortoises’, while the rat is captured by the first unknown thing he comes across, an oyster. 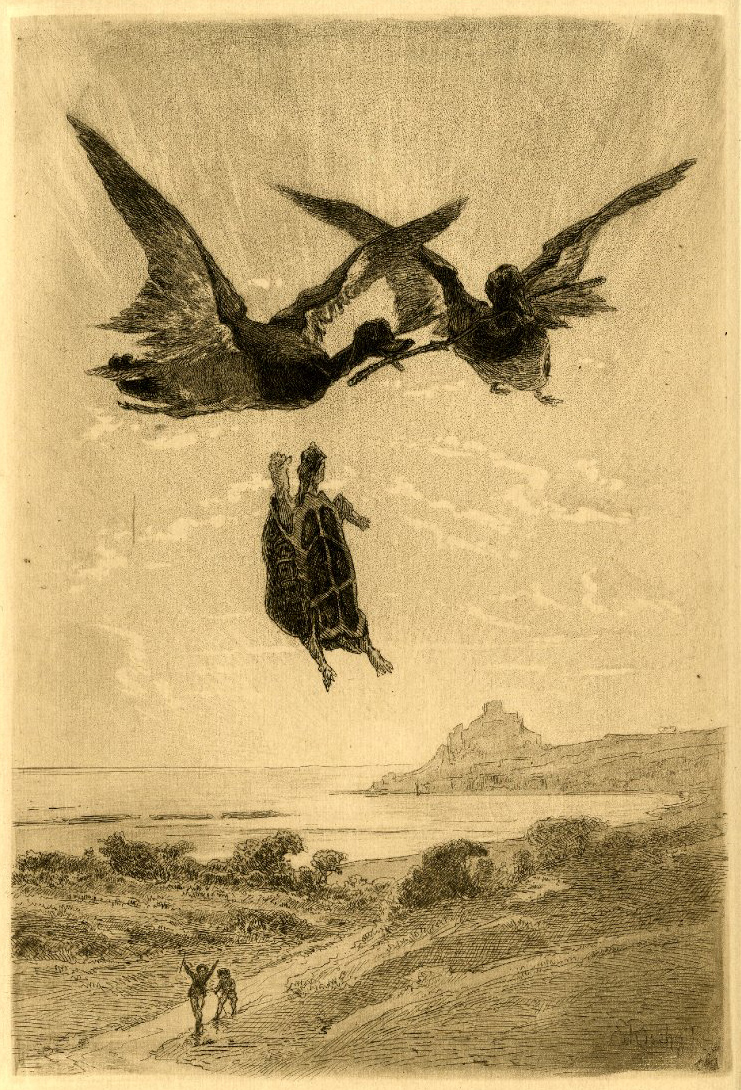 La Fontaine’s fables are cautionary tales, condescendingly dismissing the curiosity of commoners, who have no business going on adventures to ape their betters. But travelling was becoming increasingly popular. The French historian Paul Hazard coined the phrase ‘crisis of the European mind’ to describe the period between 1680 and 1720. This ‘crisis’ was brought about by a heady mix of ‘foreign’ ideas regarding other forms of religion, government and behaviour. According to his theory, around 1680, the staid reign of ‘stability’, characteristic of absolutism, gives way to ‘mobility’. This manifests in the emerging popularity of travel literature and an increasing acknowledgment of the fact that a knowledge of foreign mores is essential for the progress of both the individual and the state.

In France, the most widely known form of learning from foreign experiences remained the ‘Grand Tour’ – a young aristocrat’s trip through the established highlights of Europe. In the French case, unlike in England, it was extremely rare that anybody other than aristocrats would venture on such a tour. Throughout the 18th century, however, there grew increasing impatience with this form of privilege. The Encyclopédie’s rather traditional entry on ‘Voyage’ only mentions in passing the higher layers of the bourgeoisie as also capable of transmitting their knowledge and status from generation to generation through foreign mobility, following the English practice. But elsewhere, more radical proposals were put forward. Up until the 1760s, the Jesuits had had almost total control over education in France. Their expulsion from the country in the early 1760s brought about a boom in pedagogical literature, which continued well into the revolutionary period. As an important component of a good education, travel was also radically re-thought.

The most illustrious example is Jean-Jacques Rousseau’s Emile (1762). In this theory of ‘natural education’, the finishing step is a tour of two years through ten European countries, before the ‘perfect child’, Emile, is allowed to marry his designated betrothed, Sophie. Several scholars have pointed out the deep conservativism in this setup, as Rousseau perpetuates old prejudices against female mobility. Not only does he deny Sophie the experience of travel (whereas he deems it essential to Emile's education), but Rousseau also dismisses female travel as necessitating ‘softness and repose’ and therefore unworthy of a man. But in other respects, Emile’s travel is a radical break with tradition. He does not belong to any sort of elite, besides the fact that he himself is the elite for having been raised in Rousseau’s educational fantasy. And the avowed objectives of his travels are also different. He studies governments and customs, as ars apodemica recommends that we should; but through the study of men, Emile reaches an understanding of ‘man’. The ability to draw general conclusions and to grasp the common characteristics of human nature beyond national idiosyncrasies, are the most essential skills. Ultimately, the most important lesson Emile learns is to remain himself: the only change that travel should develop is the desire not to change. 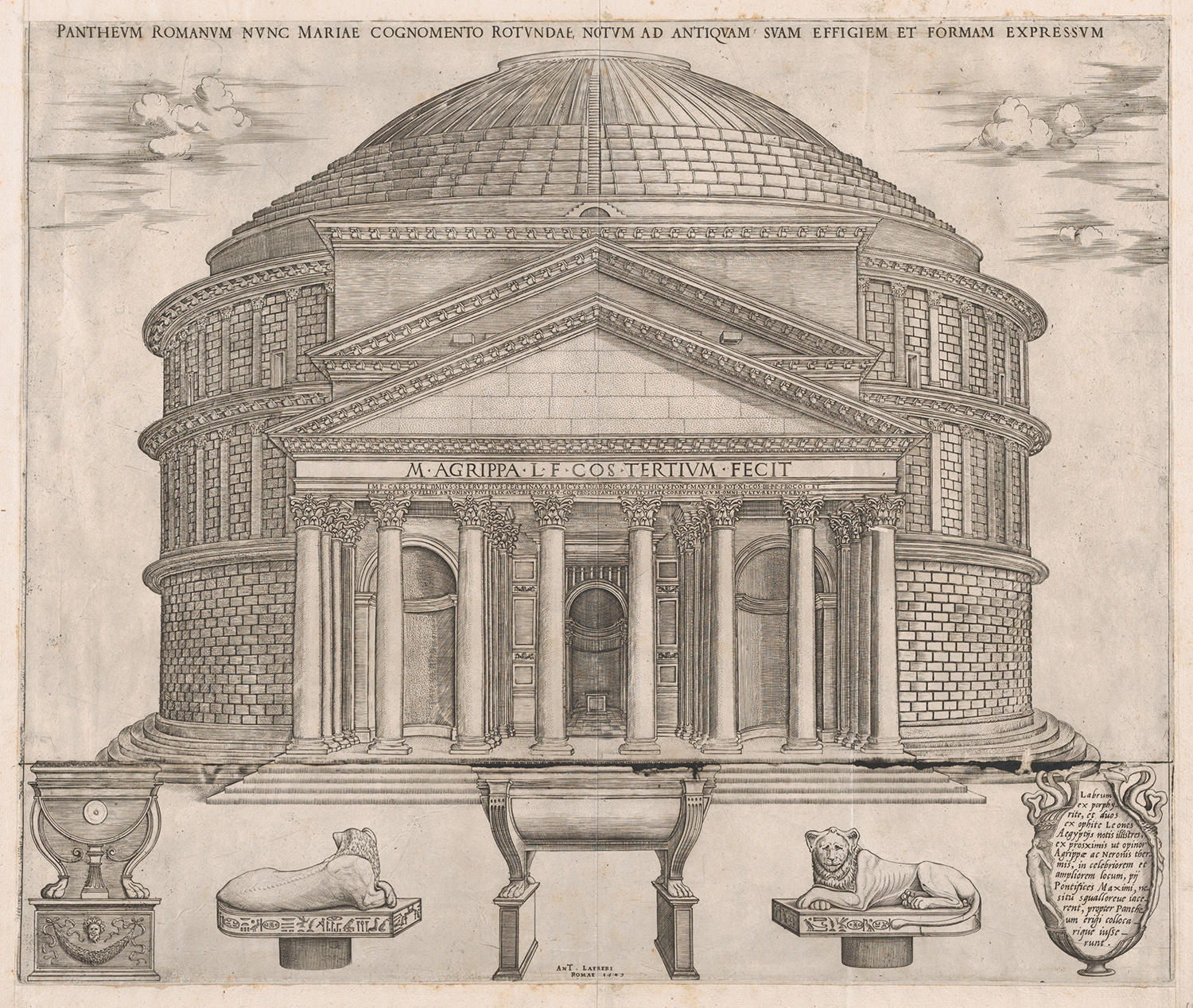 Less abstract, but even more radical in their content, were Marquis de Pezay’s suggestions for a new form of travel, published in Les nuits helvétiennes, alsatiennes et franc-comtoises (‘Evening discussions in Switzerland, Alsace and Franche-Comté’, 1771). Pezay was a famously witty military man, with a penchant for provocation which ultimately cost him his career at court. His philosophy of travel is nothing less than a systematic extermination of the very idea of the Grand Tour: Pezay sketched a practice that is its opposite in every possible way. To ensure that the travels of young men make them useful servants of the state, Pezay declares that only those outstanding pupils coming from less well-off families should be allowed to travel. Much more than ‘lazy’ noblemen, they would have a real drive to succeed. Instead of the comfortable, and sometimes even lavish circumstances of the Grand Tour, they should travel in simplicity: Pezay even suggests intentionally underfunding them, to make them more resourceful. And why send them abroad? Pezay’s proposal is part of a wider movement, starting in the 1770s, acknowledging that the real terra incognita is, in fact, France itself. If young travellers saw their travels, not as a pleasurable ‘gap year’, but as a mission of national service, they could contribute to better knowledge – and, thereby, better governance – of their own country.

Was Pezay serious with these suggestions? It is hard to say. This ‘art of travel’ is, most of all, a provocative gesture – questioning who really belongs to the elite, pitting birthright against merit, doing away with privilege. Remarkably, his work was regularly reprinted in collections of travel-related texts in the last years before the Revolution. It also shows interesting parallels with various forms of travel bursaries that emerged in the 20th century, such as the Zellidja bursaries, a program launched by wealthy industrialist Jean Walter in the 1950s and still running. It awards intentionally modest scholarships to sponsor the travels of young people between the age of 16 and 20, on the basis of an individual proposal that they put forward. 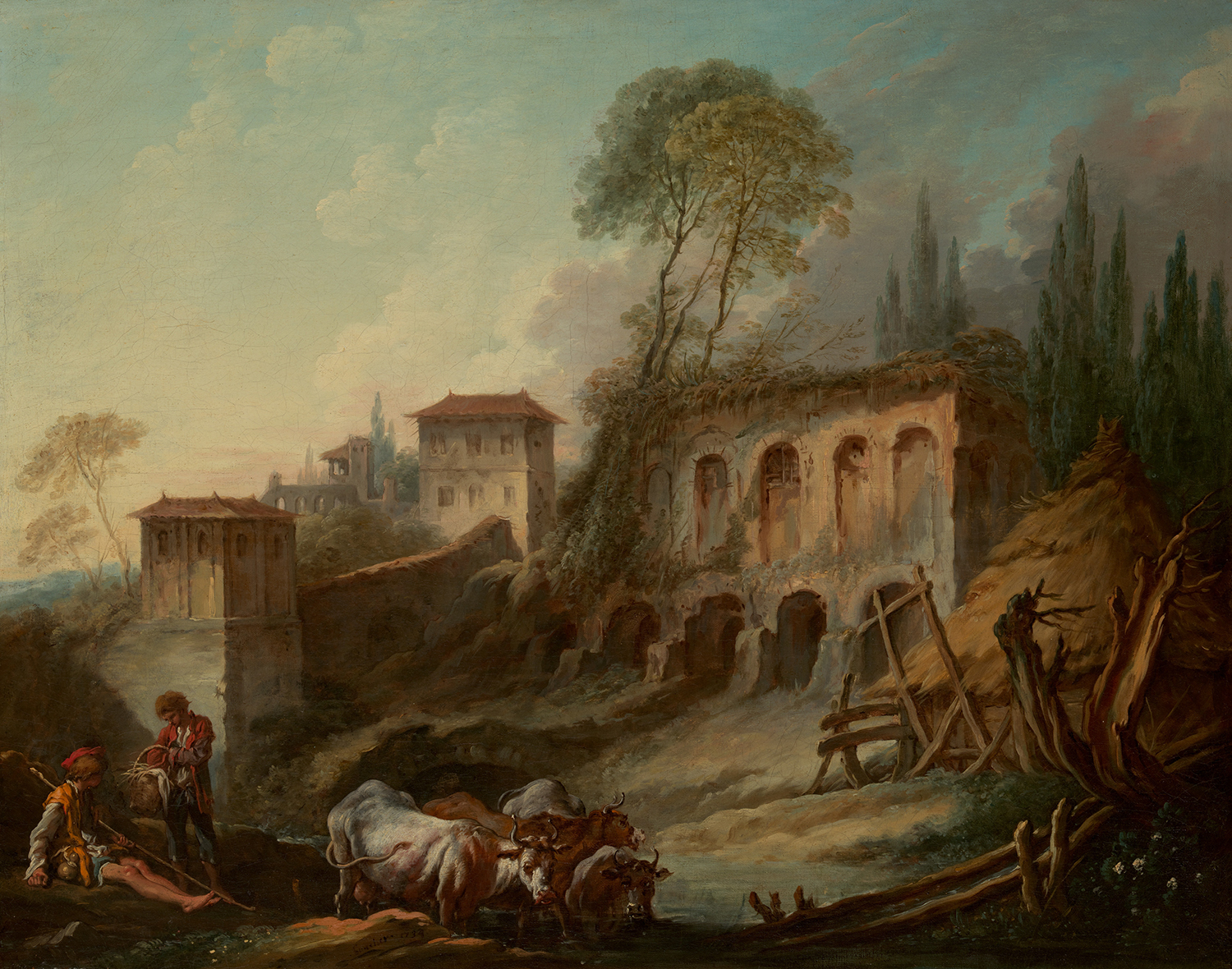 In the last decades of the Ancien Régime, positive proposals for a new or improved form of the Grand Tour become scarce: the idea of traditional educational travel appeared to have reached a dead end. When the Academy of Lyon launched a prize contest in 1785-87 asking for opinions on whether travel could be a useful component of education, most of the contributions of any quality formulated harsh criticisms. The winner, a lawyer called Turlin, expressed it in a particularly striking way: ‘Travelling is good in itself, and should be forbidden to our youth; this is how, in a perverted century, even the best things are corrupted.’ The last years before the Revolution were marked by the distinct sense of an impending crisis. Under the pen of Turlin, this crisis of travel became nothing less than the crisis of civilisation.

During the Revolution, individual educational travel felt vacuous and incongruous: just like in all fields of education, the focus was on the collective. There were attempts at introducing collective forms of educational travel – forerunners of modern school trips. Shortly before the fall of the Jacobine regime, a bill was put forward, suggesting that the best students from all over the country should be selected and sent to travel in France and abroad, with the aim of experiencing the excellence of Revolutionary France and of witnessing the imperfection of all other regimes. The experience imagined by Rousseau for Emile, developing the desire to remain the same through an experience of ‘the Other’, had become a form of ideological inculcation. Around 1800, in a school in Normandy, genuine school trips were organised for two years: students explored their area under the guise of a scientific expedition, with each pupil taking on a specific role (‘geographer, ‘chronicler’, etc.). This practice had the potential to become popular and possibly to spread nationwide; it fell victim, however, to the re-organisation of the French school system introduced by Bonaparte.

Gábor Gelléri is the author of Lessons of Travel in Eighteenth-Century France: From Grand Tour to School Trips (Boydell and Brewer, 2020).