From Arabia Deserta to Black Gold.

A picture essay on the Saudi kingdom might easily resemble an atrocity exhibition. The kingdom has produced shocking images in recent years, including public executions, the ongoing war in Yemen and, arguably, the events of 9/11. ​The House of Saud’s dominance of the Arabian peninsula began in 1744 when an alliance between its founder, Muhammad Ibn Saud, and the extremist Islamic preacher Muhammad ibn Abd al-Wahhab helped Ibn Saud to extend control over Arabia through jihad. The kingdom was united – and largely remains so – not by nationalism, but by Islam, specifically Wahhabism. 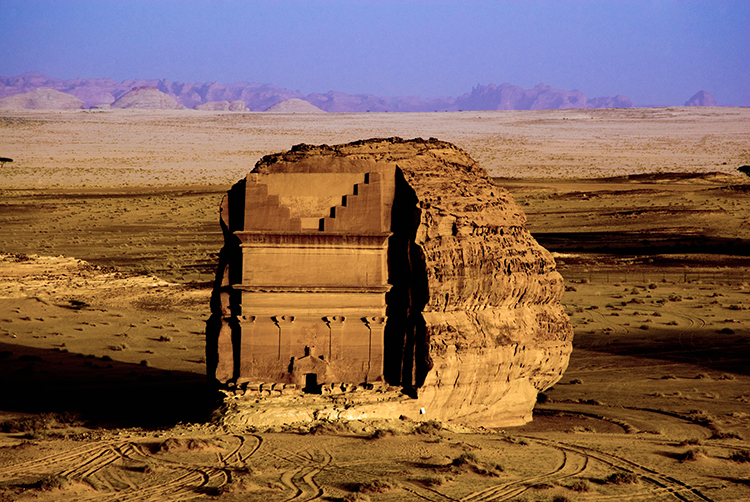 The tomb ruins of Mada’in Saleh in the north-west region of Hejaz were once the southernmost and second largest settlement of the Nabataean Kingdom, after Petra. A Bedouin (‘desert dwelling’) people, the Nabataeans organised trade routes across the Arabian peninsula and were skilled water engineers. Independent since the fourth century BC, Nabatea was absorbed into the Roman province Arabia Petraea in AD 106. 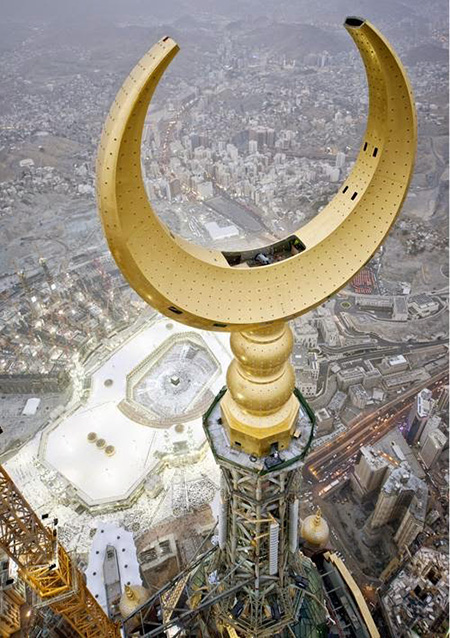 Saudi Arabia is the site of a culture clash; how does its ostentatious displays of wealth, such as Mecca’s $80 billion makeover (including the world’s largest hotel), square with austere Wahhabi doctrine? Here, Mecca is viewed through the gold crescent at the peak of Abraj Al-Bait, revealing the two pillars supporting the country’s monarchy: Islam and extreme wealth. 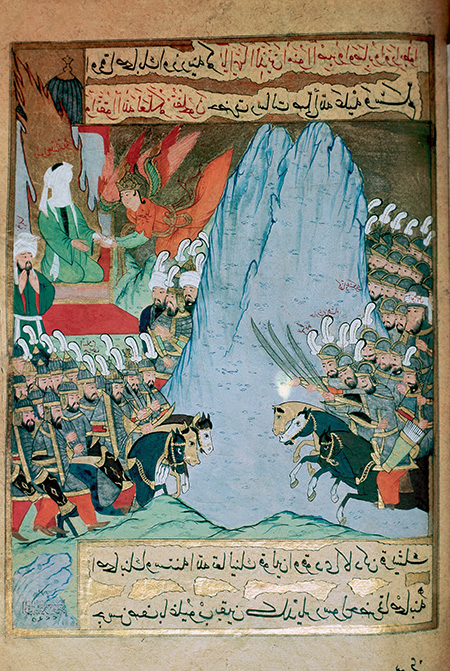 The Beginning of Time

Islam’s two holiest shrines are in Saudi territory: Mecca, the birthplace of Muhammad and site of his first revelation in AD 610, and Medina, the capital of Muhammad’s expanding empire after his hegira from Mecca in 622. After Muhammad’s death in 632, the Rashidun Caliphate (632-661) moved the Islamic empire’s centre north to Kufa in modern Iraq. 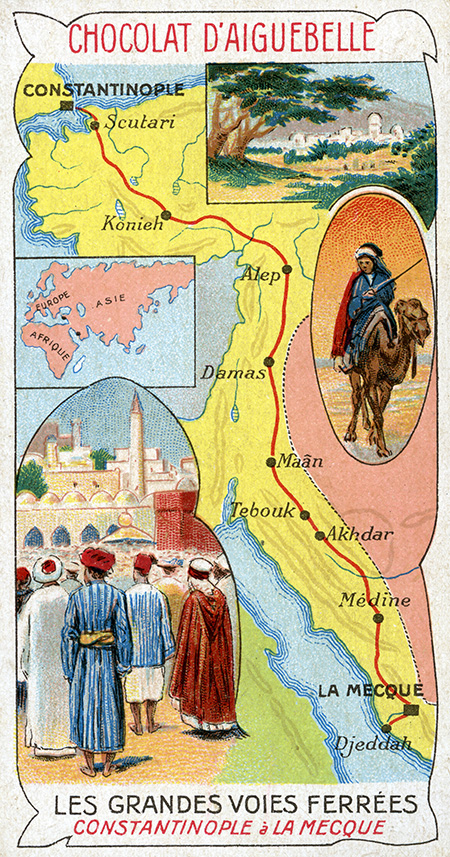 In 1900, construction began on a railway line to connect Constantinople, capital of the Ottoman Empire, with Mecca. The First World War halted construction of the Hejaz railway – so called for the region through which it passed – and it did not extend past Medina. The Ottomans never gained control over central Arabia, the Najd. The first Saudi state emerged from this region under Muhammad ibn Saud in defiance of Ottoman rule. 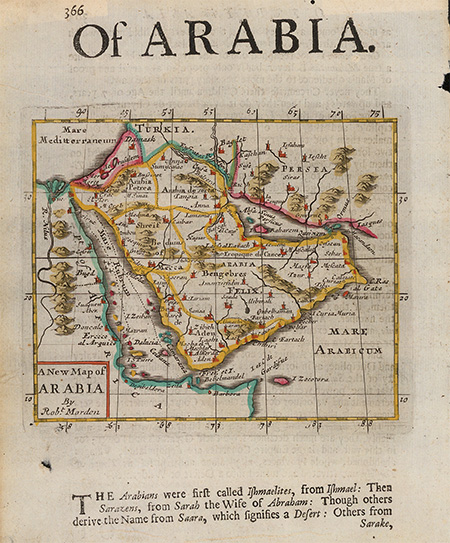 In the pre-Islamic era, Arabia was divided into three Roman provinces, Arabia Petraea, Deserta and Felix. At the dawn of Islam, the peninsula was populated by various, often warring, Bedouin tribes, not united by any Pan-Arabic nationalism. While western Hejaz has a history of contact with the rest of the world, the Najd – roughly the Romans’ Deserta – has been largely isolated.] 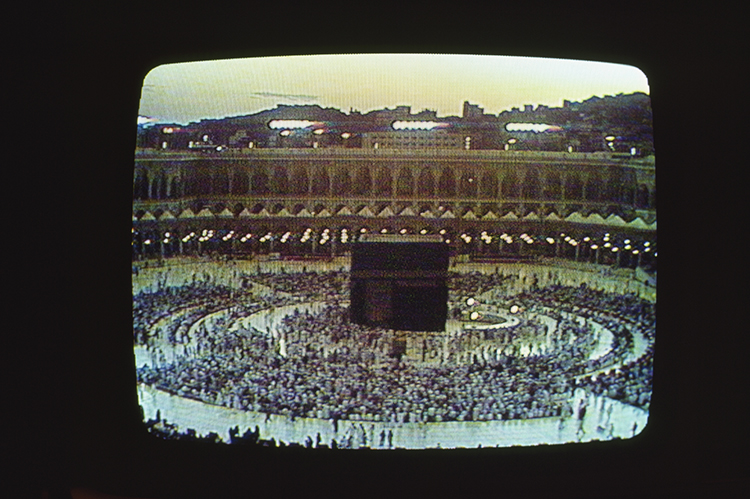 Muhammad ibn Abd al-Wahhab was born in the Najd in 1703. His ultra conservative form of Islam, insisting on a literal interpretation of the Quran, became known as Wahhabism. The state-endorsed faith in Saudi Arabia for 200 years, its ideology has inspired terrorism and groups such as ISIS. 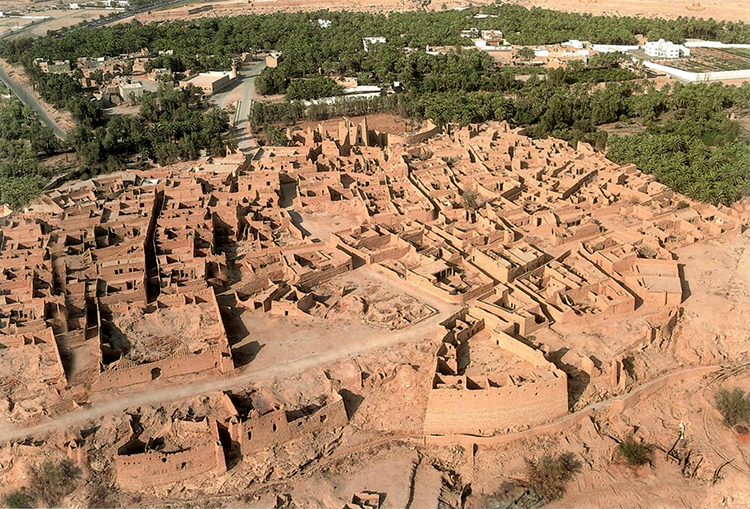 After being expelled from his hometown ’Uyayna, al-Wahhab was granted protection by Muhammad ibn Saud at Diriyah, the original Saudi base. Wahhab provided the impetus for expansion through jihad and ibn Saud began a successful conquest of central Arabia including Mecca in 1803 and Medina in 1804. The first Saudi emirate was ended when the Ottomans sacked Diriyah on 11 September 1818. 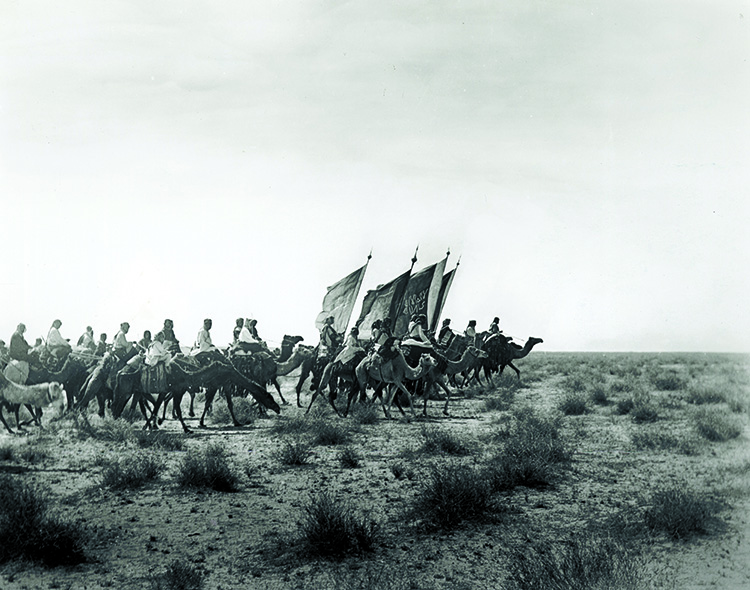 The Kingdom of Saudi Arabia was established  by Abdul-Aziz ibn Abdul-Rahman al Faisal al Saud – also known as Ibn Saud – in 1932. Having lived in exile in Kuwait since the age of ten, ibn Saud returned to Riyadh in 1902 and, with an initial army of around 40 men under a green battle flag, recaptured the city before subduing central Arabia over the course of the next 30 years. Ibn Saud relied on support from the British, his Saudi ancestory, Wahhabism and endorsement from the mutawwaa – Najdi holy men who declared him their imam. 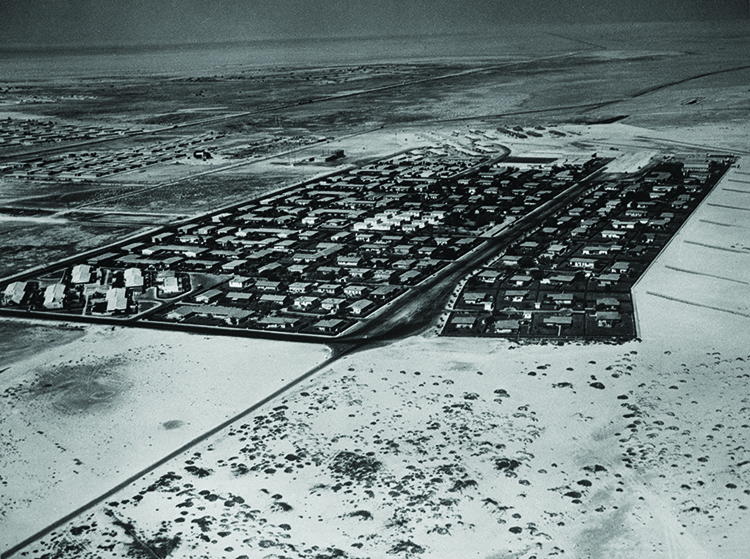 Ibn Saud relied upon the support of foreign powers. The Anglo-Saudi Treaty of 1915 saw him receive arms from the British government. After the war, a deal with an American oil company allowed the exploitation of oil and the mass arrival of foreign nationals. Britain is a major supplier of arms to Saudi Arabia. 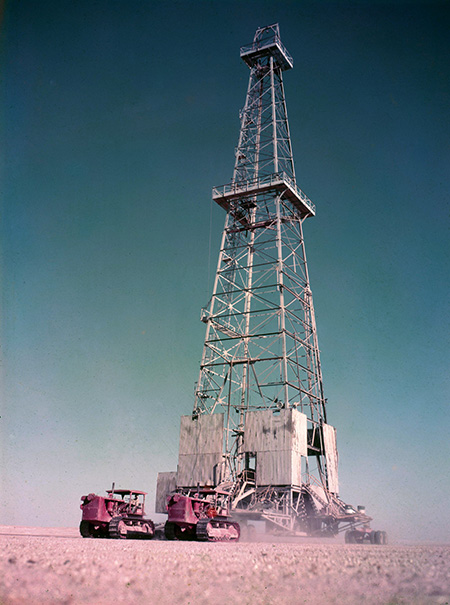 Events in Saudi territory have twice changed world history: the foundation of Islam and the discovery of oil. Drilling commenced in 1935, managed after 1943 by ARAMCO (Arabian-American Oil Company). The Saudi royal family are said to have built the Murabba Palace with the first payment in 1936. The discovery of oil in Saudi Arabia led to substantial US investment in Saudi infrastructure. The Saudi government took full control of ARAMCO by 1980. 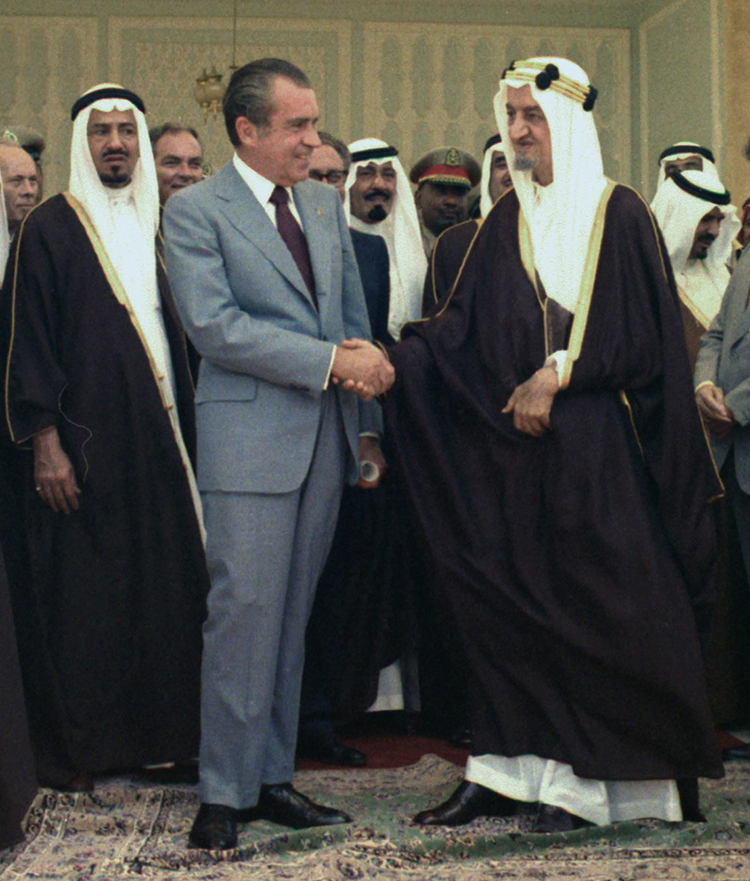 In 1974, Time named the Saudi king Faisal as its ‘Man of the Year’, stating that ‘Faisal’s actions about oil prices and related matters touched in various degrees the lives and pocketbooks of virtually every human being on earth’. This followed Faisal’s decision to flex Saudi muscle with an oil embargo in response to US support of Israel during the Yom Kippur War of 1973. 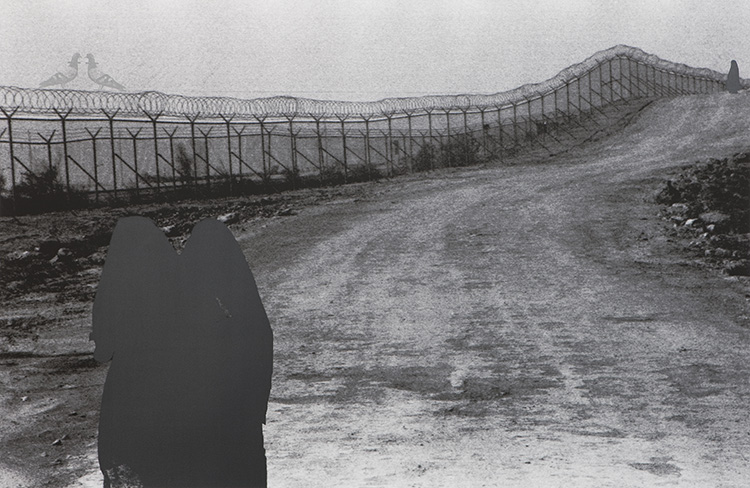 Saudi artist Manal AlDowayan transforms what she terms ‘the romantic desert scene’ with barbed wire and industrial structures, revealing the borders and control imposed upon Saudi women, who are represented as black silhouettes throughout her work. In keeping with Wahhabi doctrine, Saudi Arabia has a state policy of gender segregation. Women are forbidden from driving cars. In 2014, the country began constructing a fence dubbed ‘the Great Wall of Saudi Arabia’ at its border with Iraq with the aim of keeping ISIS out.