A Most ‘Barbarous and Revolting Murder’

Infanticide is as shocking today as it was 200 years ago, but impressions of its perpetrators have evolved. 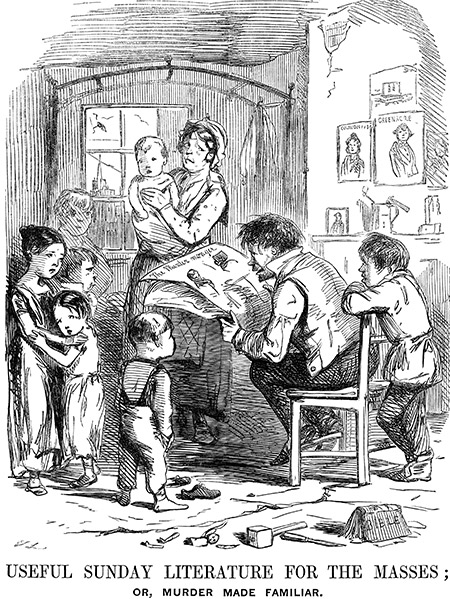 The village of Lammonby in Cumberland was, The Times reported in late January 1845, a scene of great excitement aroused by the murder of a child by its drunken mother:

On Tuesday evening, the 28th ult., she made up a large fire in the kitchen of her own house, with the determination of sacrificing her child in the flames prepared by her own hands. For reasons only known to this wretched woman herself, she stripped off all the child's clothes and hid them in a hole behind the inner door in the ashmidden, and having done so took the child by its legs and arms and literally roasted it to death.

Child murder was remarkably common in the Victorian period. The contemporary press regularly reported sensational stories of 'unnatural', villainous parents who strayed from the celebrated image of domestic bliss promoted by society's moral doctrines. As in the extract above, the media did not hold back, presenting to the reading public the full, gruesome facts of these tragic tales.

By the late 1850s and 1860s a supposed epidemic of infanticide had spread across the country. In 1866 the Reverend Henry Humble expressed the sense of anxiety, discord and panic occurring in the heart of Britain's capital, noting that people would not pick up unfamiliar bundles in fear that a dead child (with a woman's garter around its throat) would be found. Everywhere, from London's streets to its canals, was deemed unsafe; Britain was becoming 'defiled by the blood of her innocents'. Humble goes on to say that the doctor Edwin Lankester believed that 12,000 child-murdering women (one in every 30 female residents) lived in London. Newspapers, such as the Pall Mall Gazette, reported that foreign countries viewed Britain as a 'nation of infanticide'.

Typically, murderous mothers fell into similar categories, committing violent acts because they were disgraced, desperate or drunk, or a mixture of the three. Unquestionably, all were diagnosed as insane. How could they not be, when, as the poet Robert Browning stated, 'womanliness means only motherhood: all love begins and ends there'? In many ways, imposing madness on mothers meant that the judicial system found it easier to justify the crime and could send the woman away to an asylum to be cured. Even a decade before the so-called infanticide epidemic, a report in the London Journal of Medicine noted that of the 1,091 curable female patients admitted to Bethlem over the previous six years, 131, or one eighth, were puerperal (childbirth) cases.

Treatments consisted of confinement, purging, moral rehabilitation and, in some cases, surgical intervention. During the 1860s the public began to question this lenience, especially after the murders of three children by their mother, Esther Lack. Although Lack claimed that her motives stemmed from a fear of starvation, the courts diagnosed her instead with a 'debility of constitution, caused by the delivery of three infancies at a birth some seven or eight years ago'. Local and national presses voiced the public's uncertainty, The Times emphasising that this was one of many cases where madness has been ascribed but loosely justified. Despite this evident continuing sympathy for murderous mothers, it was not until 1922 that legislation was passed to protect mentally ill mothers from the death penalty.

If murderous mothers were caught in a social bind that saw them both as unnatural monsters and figures that deserved sympathy, what about fathers? Although few articles appeared in the national papers relating to paternal child-murder, those that did emphasised the tragedy of the case and the awfulness of the crime. The same sympathy was offered to men who had previously shown good conduct as a father. If they committed the crime out of desperation or a conflation of insanity and drunkenness, then they were more likely to be incarcerated in an asylum with intent to cure. There were some, showing no remorse, who were sent to the gallows, but most men presented themselves in the courtroom as troubled, melancholic, broken and on the path to redemption. The media, despite extending some form of commiseration, did not hold back in presenting the facts. In the cases of Henry Seyman and William Kemp, both committed in the 1860s, it was widely reported how they had slit their child's throats with razor blades through wild, temporary derangement. Despite the wish to sensationalise the crime through emotional dramatisation, there was also a prevailing need to sell a juicy, gruesome story.

In the 21st century, with headlines such as 'Evil Fire Death Dad', 'Evil mum jailed for beating her baby to death', 'Cruel mother and sadistic boyfriend', our society still revels in these scandalous headlines while showing composure and understanding towards mothers who kill while suffering from postnatal depression: 'Mum who killed five-week old baby needed more support.' Although our society has come a long way in the treatment of mental illness from the casual glaze of insanity ascribed during the 19th century, child murder is still as shocking, as troubling and as sensational as it was nearly 200 years ago.

Emma Butcher is a postgraduate researcher at the University of Hull and associate editor of The History Vault. @EmmaButcher_ 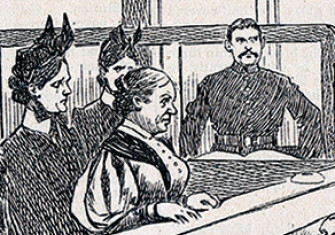