An interactive look at the Dutch-born artist's wartime art.

On this page are a handful of cigarette cards issued in 1916, featuring illustrations by the Dutch-born artist Louis Raemaekers. Click or tap on the button underneath each card to see the reverse side, which display wartime propaganda messages. Read more about the background to Raemaekers' cards here.

Cigarette cards were popular during the late 19th century and early 20th century. Originally inserted into cigarette packets to help strengthen the flimsy material, the cards were soon used for advertising purposes, and became collectible in their own right.

In Britain the outbreak of the First World War proved hugely beneficial for the tobacco industry, as cigarettes became emblematic of comradeship and patriotism, as well as highly valued comforts in the trenches. As one trade journal put it: 'the pipe itself is only less precious than the rifle'. 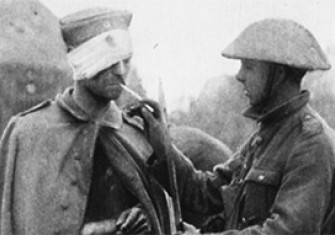 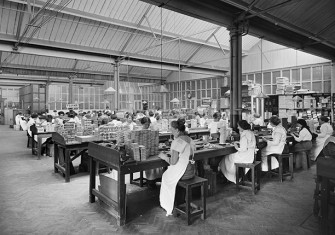