Let's Get Serious About the First World War

The cultural events planned to mark the centenary of the First World War have taken a turn for the bizarre. 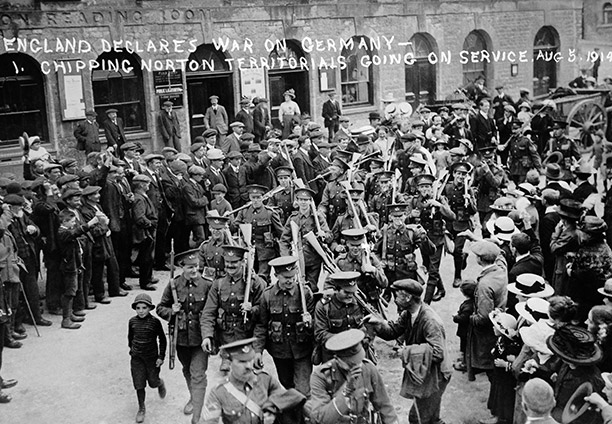 The series of cultural events that go under the name 14-18 NOW, promoted by the Department of Media, Culture and Sport and planned for the centenary of the outbreak of the First World War, has taken a turn for the bizarre. On March 27th it was announced that people in Britain will be called upon to switch off all but one light at 11pm on August 4th, to mark 100 years since Britain declared war on Germany. The proposal is inspired, if that’s the word, by the comment of the foreign secretary at the time, Sir Edward Grey: ‘The lamps are going out all over Europe; we shall not see them lit again in our lifetime’ and has been met with contempt. ‘A remarkably stupid gimmick’, said the military historian Gary Sheffield, who thought it more in keeping with the spirit of Mr Hodges, the meddlesome ARP warden in the comedy series Dad’s Army, not least because many people and most children will already have their lights out. The (recently removed) culture secretary Maria Miller has yet to tell us if we will be allowed to put them back on in our lifetime.

14-18 NOW has other brilliant ideas up its sleeve, including an arts project based on dazzle paint, the method of camouflage used on the ships of the Royal Navy, whose success was patchy (excuse the pun) at best. An appropriate metaphor, therefore, says the historian Jonathan Boff, for the whole 14-18 NOW programme: ‘little forethought; superficially striking; more liable to confuse than enlighten; and unlikely to have any useful impact’.

The prize for the most perilously anachronistic of the projects goes to Letter to an Unknown Soldier. Beginning in June, members of the public will be invited to write to the soldier epitomised in Charles Sargeant Jaggers’ statue that stands on Platform One of Paddington Station. As always, celebrities have been invited to kick things off. No such gathering is complete without an offering from the actor/comedian Stephen Fry, who takes on the guise of a conscientious objector for his epistle:

For eternity your image will stand for unquestioning courage. I will die proud of you and ashamed of myself. And that is in spite of me being right.

Apart from the issues it raises about the status of conscientious objectors in the Great War, the tone of Fry’s letter is at some remove from the tone of restraint and hesitancy that typifies the correspondence of the men who fought. I live in hope that one day we will start thinking of Them rather than Us.