'I Never Said That!'

'Crisis? What crisis?' was Prime Minster James Callaghan's response to Britain's Winter of Discontent in 1979. However, he never actually said those words. A compendium of wrongly-attributed quotations. 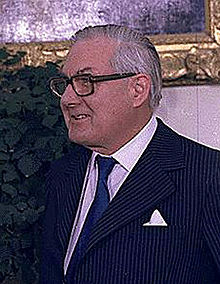 In January 1979, while Britain was suffering from widespread strikes during the ‘Winter of Discontent’, Prime Minister James Callaghan returned to London from a summit in the West Indies, and when asked to comment on the mounting chaos, apparently replied ‘Crisis? What crisis?’ – a quote that would haunt him for the rest of his life.

In fact, he never said it. The quote was a Sun newspaper headline which brilliantly captured the public perception of a government out of touch. Here are some more things, with a January flavour, that famous people never said...