How a Briton Created the Almighty Dollar

The choice of the dollar as the international reserve currency was controversial but practical. 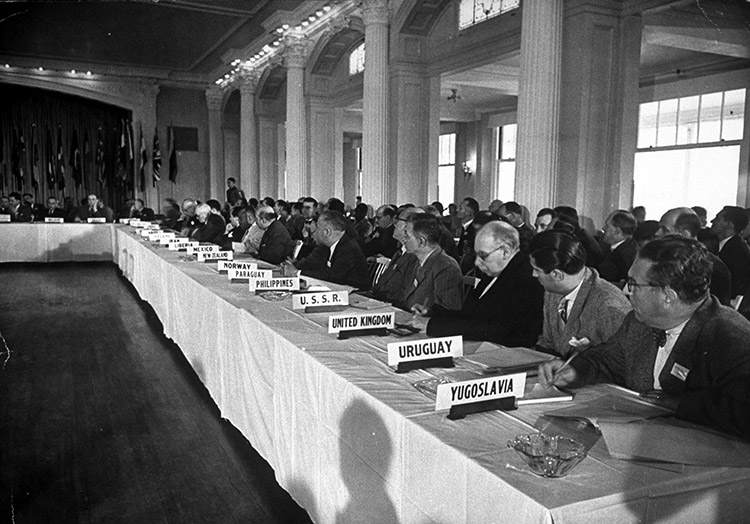 The Second World War brought about many epochal changes, among them a complete reworking of the international financial system. It was at the founding of the International Monetary Fund and the World Bank at the Bretton Woods Conference in 1944 that the world formally recognised a practical truth: the undisputed status of the US dollar as the international reserve currency. This moment is often viewed as the ascendancy of the US as the world’s monetary leader at the expense of Britain. How steeped in irony, then, is the little-known fact that the US has a British economist to thank for the greenback’s coronation.

As early as 1941, the US and Britain began to consider a postwar economic framework to avoid the monetary chaos that had been a root cause of the Great Depression and the subsequent rise of fascism. The British effort was led by the great economist John Maynard Keynes, who envisaged a clearing union for nations to settle currency imbalances. At the heart of the system would be a new international currency called ‘bancor’. Against the backdrop of the Second World War, this utopian idea sounded less extreme than it does today, capturing imaginations on both sides of the Atlantic. Alternative names such as dolphin, bezant, daric, unitas, unicorn and orb were eagerly floated. Franklin Roosevelt himself offered up demos and victor. One wag even proposed winfranks, in homage to the two leaders of the free world.

As exciting as the potential birth of a new global currency was, political realities would win the day. Britain’s war effort helped save civilisation but came at the cost of its solvency. The US, by contrast, occupied an economic position almost unique in history, representing 40 per cent of the global economy. American wishes at Bretton Woods to create the postwar framework would dominate. Given that the US Treasury had to convince a sceptical Congress of the wisdom of the International Monetary Fund, which was negotiated at the conference, ceding sovereignty over the currency to a supranational institution was a non-starter.

Still, the US did wish to prove that a collaborative international order was possible and sought to negotiate a framework palatable to Britain. Harry Dexter White, the driving force on the American side, hoped to cement the supremacy of the dollar. But the US assumed that a formal identification of their own currency as the official world reserve would be too aggressive a position diplomatically. When representatives of 44 nations arrived in New Hampshire in July 1944, the US proposed instead a vague euphemism: ‘gold-convertible currency’. It fooled no sophisticated observer and Keynes called it ‘idiocy’. Given its uniquely vast gold holdings, the US had the only currency realistically convertible into bullion. But the US delegation feared diplomatic disaster by trying to codify this fact.

Handling the issue at the conference for Britain would be Dennis Robertson, the Cambridge economist to whom Keynes delegated many key negotiations, admiring his ‘intellectual subtlety and patience of mind and tenacity of character to grasp and hold on to all details and fight them through’. Robertson was present during the final discussion of the IMF’s charter when the delegation representing British India demanded that the US define what exactly ‘gold-convertible currency’ meant. To the amazement and delight of the Americans, Robertson rose to propose its replacement with ‘gold and United States dollars’, effectively crowning the dollar supreme. A giddy White stayed up until three o’clock in the morning incorporating Robertson’s proposal into the draft articles. The rest is monetary history.

It is unclear what motivated Robertson. He was, perhaps, like any good intellectual, merely stating the obvious: as he later recalled, the world had been on a de facto ‘dollar standard’ for 15 years. The dollar was, in his view, a unique currency, a rara avis. The journalist Ed Conway believes it all a ‘well-intentioned error’. Keynes shared the view that it was a colossal blunder, becoming so livid when he found out about it that the dispute led to a permanent strain between the two men. But Robertson was probably addressing a more parochial but urgent financial need: Britain had run up enormous sterling debts to its colonies during the war – particularly India and Egypt – who now demanded the right to convert the balances into other currencies. The result would be an immediate run on sterling (as happened in 1947). Robertson believed that, by declaring the dollar as the world’s reserve, the pressure would be off the pound to allow convertibility, maintaining breathing room to marshal the nation’s resources for another day.

The US may have gone from being the world’s largest creditor to one of its largest debtors, and the dollar may now be unmoored from its gold anchor, but the dollar owes its dominant status in large part to its friends across the pond and the actions of a Cambridge don.

Richard Hurowitz is the publisher of the Octavian Report and has written for the Wall Street Journal and The Times.