A Water Crisis. So What’s New? Just Take a Look at the Ancient World 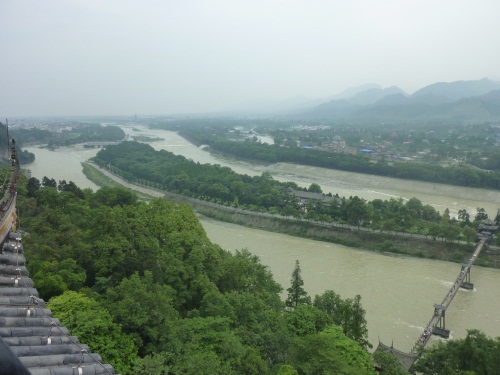 We are all aware, to a greater or lesser extent, that the planet is facing a 21st century water crisis. There is no longer enough fresh-water to go around for drinking, hygiene, farming, and industry; that which does exist is unequally distributed creating a world of water-haves and water-have-nots. Population growth, mega-urbanisation and climate change are the principle causes. We have become all too familiar with annual records of drought and floods, in the UK and throughout the world. It is evident that for the rest of this century management of the water supply will be a key driver of economics and politics – of history – especially in the emerging economies such as India and China where water shortages are already severe.

So what’s new, an ancient historian might ask. When we interrogate the archaeological record of past civilisations and cultures we find that the need to manage the water supply has always been a driver of human history – with catastrophic consequences if such management fails. The rise of Sumerian civilisation in Southern Mesopotamia in the 4th and 3rd millennium BC, for instance, was dependent upon irrigation to produce surpluses of wheat and barley that could then be traded for building materials and exotic goods. Moreover, such trade was dependent upon an extensive canal system for the movement of goods between city states. If we jump across the world and through time to Ancient Chinese civilisation in the first millennia BC and AD we find the same: remarkable irrigation schemes that generated surpluses to support craftsmen, armies, kings and emperors, along with extensive canals both between cities and providing a network of transport links within the great ancient cities such as Xi’an and Shanghai.

The power of the rulers was dependent upon the water supply. So when several millennia of irrigation in southern Mesopotamia resulted in the soils becoming so contaminated with salts that yields collapsed, so too did the Sumerian civilisation with power shifting to the north. The power of the Mayan kings that had ruled the great cities of Tikal and Calakmul in Mesoamerica was undermined when droughts in the 9th century AD undermined their ability to provide water to their populaces from the reservoirs they controlled. Similarly the power of Ancient Angkor in Cambodia, centre of the Khmer civilisation, was washed away when successive extreme droughts and floods in the 12th and 13th centuries placed too much pressure on the elaborate water defence, storage and distribution systems that a succession of Kings of Angkor had constructed.

These are all, of course, simplified vignettes for complex, multi-factor accounts for the rise and fall of ancient civilisations.  But the common factor is water: how this was managed, how it provided a source of power, the economic, social and political consequences of droughts and floods. As I explain in Thirst: Water & Power in the Ancient World, the management of the water supply together with the failure to do so was a driver of history throughout the ancient world and in all corners of the planet.

So when we are now facing a 21stcentury water crisis one of the key questions we might well ask is what can we learn from the past? Does the ancient world have any lessons for how we should seek to manage our water supply today?

Steven Mithen is author of Thirst: Water & Power in the Ancient World (Orion 2012)