The Origins of Drone Warfare

There is nothing new about uncrewed aircraft. 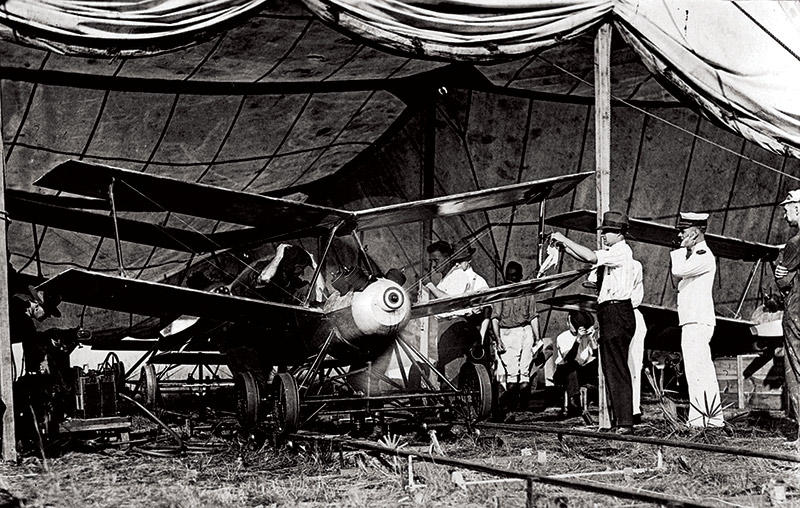 Drones are controversial weapons. For almost two decades, remotely piloted aircraft have provided the US military and the CIA with the capability to deploy precision strikes globally: killing the ‘bad guys’ while purportedly saving the ‘good’. Yet drones are merely the latest technological incarnation of a long-held ambition in US warfare, one that can be traced back over the last 100 years: the aim to win wars rapidly, but with little cost to US military life. By exploring the history of this ambition and the repeated attempts to make it a reality through investment in advanced weapons technologies, we can begin to understand some of the motivations behind what is now the dominant form of modern warfare.

The first armed drones were deployed by the Bush administration in Afghanistan in 2001. Yet only 57 strikes were undertaken during Bush’s presidency. Drone strikes ‘took off’ when President Obama came to power in 2008. Improvised Explosive Devices (IEDs) had become the terrorist’s weapon of choice between 2008 and 2010, causing 60 per cent of US military fatalities on the ground. Directly after 9/11 there had been broad public support for the wars on terror, yet the mounting death toll affected public opinion and Obama promised to bring US ground wars to an end. Drones were part of this promise. Drone strikes were used first to kill the enemy bomb-makers, but as time went on they became an ‘easier’ way for the US to confront the global threat of terrorism, while reducing the footprint on the ground. An astonishing 542 strikes took place during the president’s eight-year tenure. For Obama, armed drones were perceived to be a panacea, a technical fix for the risks of war. This is a familiar story. Investment in air power, precision and high-tech weapons has long been seen as a ‘cure all’ for the horrors of conflict. Take US reactions to the First World War.

Almost half a century had passed since the American Civil War and, after that bloody conflict, US military experience had come to consist primarily of small ‘policing’ and localised ‘bandit’ interventions, of which Cuba, 1906, Nicaragua, 1909 and Haiti, 1915 are examples. ‘Total wars’ were deemed the product of Old World folly, not that of the New. As the 1823 Monroe Doctrine and the 1904 Roosevelt Corollary highlighted, the expectation was that the US would remain isolated from, and repel the interference of, European affairs. By 1917, however, the US had become embroiled in the First World War and the realities of conflict were pushed to the forefront of American consciousness.

The American public looked on aghast as an entrenched war of attrition unfolded, causing death and injury to 200,000 Americans. Not only this, but mass killings and the indiscriminate bombing of civilians from the air had emerged as a new dimension. This was not the form of warfare that the American people or political and military leaders were used to, nor was it one they wanted to repeat. This led to a transformation in strategy during the initial postwar period. As the defence analyst Alan Vick has explained, the pivotal question became ‘how to avoid a repeat of the slaughter and indecision of the Great War’. It was within this context that early American air power strategists believed they had found an answer.

A solution emerged out of the writings of Colonel Edgar S. Gorrell and became known as ‘precision bombing doctrine’. The aim was to use the holy trinity of air power, precision bombardment and high-tech weapons systems as a means to win wars, but with minimal cost to US military life. Gorrell’s idea was to bomb precisely specific defence industries within the enemy’s cities, such as armaments factories. The main point here, as the historian Mark Clodfelter has explained, was to make ‘the enemy forces impotent’ by destroying elements vital to their military capacity, such as arms, shells and bullets. Thus, when US forces met the enemy in battle they would not be caught in a stalemate, as in the Great War. Instead, US ground forces would be able to move swiftly through the weakened opposition. As air power expert Paula G. Thornhill has argued, to go ‘Over not Through’ the enemy became the motto of US air power strategists. Such notions proved popular and, as a result, it was not long before huge investments in new technologies were made to turn the desire for precision bombing into a reality.

Developed in 1917-18, the uncrewed aerial system known as the ‘Kettering Bug’ was one such weapon. Its creators called it an uncrewed ‘aerial torpedo’. The brainchild of Major Henry H. Arnold, who went on to command the US Army Air Forces in the Second World War, it was designed by Charles Kettering, who Arnold described as the kind of man ‘who did all kinds of impossible things’. Set on rails, the 12ft-long Bug would build up speed and take off by itself. Once in the air, a Sperry gyroscope kept it level and on course, while its elevation was set by an aneroid barometer. Its propeller blades would rotate just enough times to get the weapon above the enemy target. When the propeller had turned the required number of revolutions, the wings would fold in and the Bug would plunge to earth. According to Arnold, the ‘flying bomb was sufficiently accurate to reach a point within a hundred yards of its target after a 40-mile run’.

The historian Dik Daso described the Bug as ‘much like a diving falcon swooping down on its prey’. In reality, its short range limited its strategic use; Arnold’s claims about accuracy were rarely lived up to and it was never used in battle. Yet, the push to find a technological fix to the risks of war continued. The drone is simply the latest manifestation of the search for ‘perfect’ warfare. 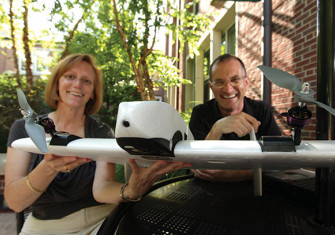 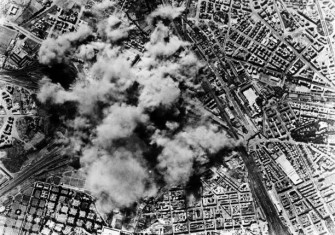