The unusual circumstances of the founding of New Orleans have had lasting impact on its culture. 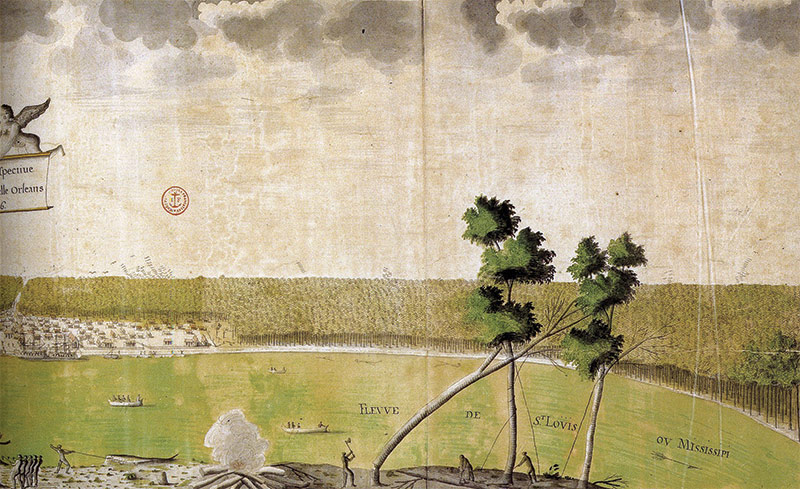 This year sees the 300th anniversary of the foundation of New Orleans, where French hopes for a lucrative North American empire stuttered and a unique cultural inheritance was generated.

‘Claimed’ for France in 1682, the vast Louisiana territory was populated by 40,000 Native Americans and fewer than 400 settlers by the time of Louis XIV’s death in 1715. The French state was virtually bankrupt, with debts so high after decades of war that taxation income barely covered the interest on the debt. The new regent, the Duc d’Orléans, needed a radical solution to resolve the financial crisis.

He turned to the charismatic and rakish Scotsman John Law, who had been sentenced to the gallows in London for killing the husband of an alleged lover in a duel. Friends saved his neck and on his release in 1694 he fled Britain. Mathematically gifted, he amassed a fortune on the gambling tables of Europe and made a name penning novel economic treatises.

Law’s primary theory, about two centuries ahead of its time, was that a lack of currency was stifling development and that currency should simply be a method of exchange, unlinked to the value of precious metals. He proposed an ambitious scheme to the desperate Orléans: he would consolidate the government’s debt into one bank where all previous debt holders became shareholders. Then he would issue large numbers of banknotes to stimulate exchange in the economy, investing in colonial trade to create a profit to pay share dividends. Louisiana would become a lucrative tobacco plantation, earning profits for shareholders and ending costly imports of Virginia tobacco.

Gaining control of the Mississippi Company in 1717, Law set about selling ‘concessions’ of land and slaves in Louisiana to investors and recruiting French labourers with promises of a fertile and plentiful paradise, populated by friendly and submissive Indians. Groups of ‘Mississippi Bandoliers’ roamed Paris and the port cities, signing unemployed young men into travel and labour indentures, while homeless persons, petty convicts and prostitutes were rounded up and impressed into transportation.

Louisiana’s new governor, the Canadian frontiersman Jean-Baptiste Le Moyne, was commissioned to find the site for a new colonial capital, deciding on a raised expanse of swamp on the left bank of the Mississippi, navigable for seagoing vessels and close to Lake Pontchartrain. The settlement was officially founded on 7 May 1718 and named for the regent: La Nouvelle Orléans.

Law’s company was unprecedentedly successful in transporting people to Louisiana and approximately 7,000 French colonists and 1,900 enslaved Africans arrived by 1720. Less successful were attempts to feed and provision them, with soldiers, workmen and even officers sent to live with local Native Americans in winter to avoid starvation. Livestock intended for the breeding of new herds was eaten, unskilled transportees without seeds, tools or guns were unable to grow or capture food and inadequate shelter in swampy conditions led to exposure and disease. Le Moyne complained in spring 1721: ‘Death and disease are disrupting and suspending all operations, and if the famine does not end, all is lost.’ 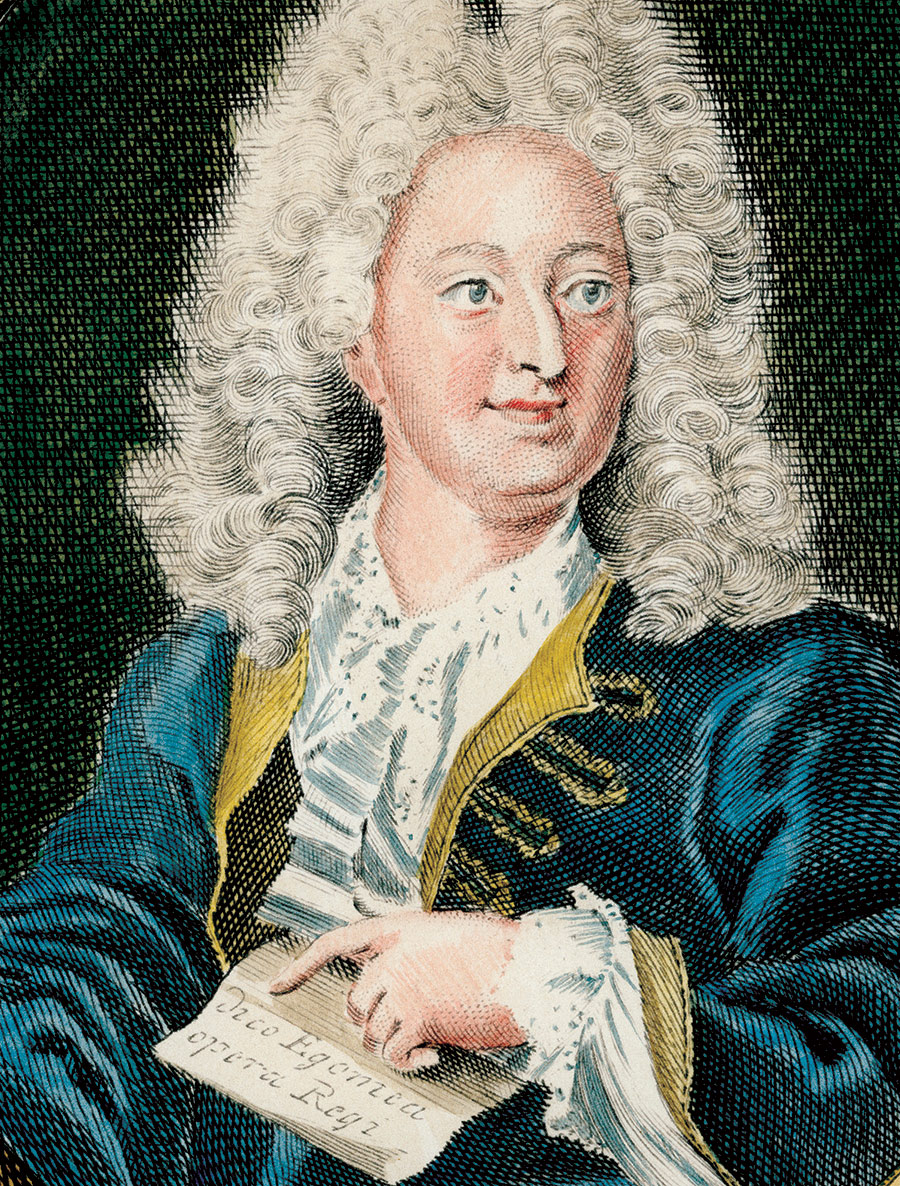 The failure to supply the colony became even starker as the financial scheme back home unravelled. Share prices rose steadily as Law acquired holdings of government debt and colonial ventures, their popularity driven by the promise of considerable returns on investment. When Law issued a new round of shares in September 1719 people began falling over themselves to get in on the act, with share prices rising 1,400 per cent by the end of October. The streets around Law’s office were so crowded with people buying and selling shares that a local hunchbacked man reportedly made a fortune by charging people to use his back as a contract-signing table.

By December, shares were selling at 20 times their face value and hyperinflation began to grip the real economy, with food prices rising painfully quickly. Despite being appointed Finance Minister in January 1720, Law was helpless when spooked major shareholders began cashing in their banknotes, generating a run on the bank, which quickly ran out of gold and silver reserves. The French economy collapsed and thousands were left destitute. Riots ensued in Paris, with corpses carried through the streets and calls for Law to be imprisoned in the Bastille. In December 1720 he fled France in danger of his life.

Inextricably linked to the financial collapse, Louisiana’s reputation was terminally damaged as returning sailors recounted tales of starvation and destitution. Cartoons circulated depicting Louisiana as a barren desert filled with dangerous beasts and emaciated natives. Rather than becoming a vast and prosperous French-speaking plantation economy, migration and investment slowed to a trickle. Just 1,600 French colonists remained in Lower Louisiana by 1731. The survival of the colony was reliant on the 3,600 enslaved Africans then resident, whose skills and experience in rice and indigo cultivation were responsible for the first successful crops.

The failure to recruit a large and stable white colonial population meant that the racial system of oppression in Louisiana differed significantly from that in the British colonies to the east. The enslaved population, the majority of whom hailed from similar backgrounds in the Senegambia region, remained stable and was able to build strong community ties as importations ended in 1731.

Unlike in British colonies, planters had to encourage nuclear families to ensure population growth and greater freedom was exercised in the form of gatherings, music and dancing. While enslavement remained a brutal and oppressive system, the culture of Louisiana’s enslaved population remained far more Africanised than that of the east coast. In the 19th century this spread throughout the expanding ‘Cotton Kingdom’ and influenced music, cuisine, folklore and language into the 20th century and beyond.

This unique cultural flourishing was the unintended result of John Law’s spectacular rise and precipitous fall. The stigma and financial fallout from his scheme were the major factors in determining why North America today mainly speaks English, rather than French. Instead of stimulating a lucrative and populous colony in Louisiana, the French were willing to relinquish the huge territory in exchange for a few Caribbean sugar islands following the Seven Years’ War.

Matthew Stallard researches the economic history of antebellum New Orleans at the University of Manchester. 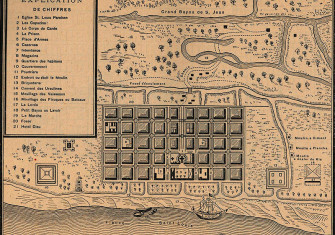 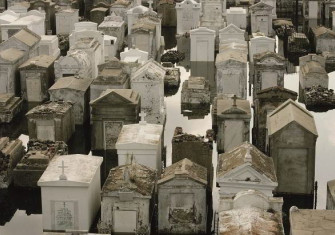