The legacy of ‘Free Born’ John Lilburne still resonates 400 years after his birth.

This year marks the 400th anniversary of the birth of Leveller leader John Lilburne, who did more than most to make religious and political liberty part of the English social landscape.

We hear much these days to the effect that freedom of speech means secularism. Yet freedom of speech entered the world in the first modern revolution not as a secular ideology but as the inseparable counterpart of freedom for religious dissent from the state church. And Lilburne’s life bears witness to that fact.

Lilburne first became famous in the 1630s as a supporter of John Bastwick, William Prynne and Henry Burton, the ‘Puritan martyrs’ who railed against the state church of Charles I and his Archbishop, William Laud. Lilburne secretly imported seditious tracts from Holland. When he was captured in 1637 he was jailed. He was then hauled before the Star Chamber, a prerogative court in which the main evidence was the defendant’s confession (a procedure creeping back into English law in secret trials). It is from his defiance of this court’s right to try him that he became ‘Freeborn John’.

His eventual punishment was to be tied to the back of a cart and whipped in the London streets from the Fleet to Whitehall. There he was put in the stocks, the welts on his back ‘swelled almost as big as a penny loafe with the bruses of the knotted Cords’, still throwing radical pamphlets from his coat pocket. Lilburne was then, and remained all his life, part of the dissenting gathered churches that met in the back alleys and taverns of the City of London and in the unruly suburbs outside the walls in Tower Hamlets and Southwark.

Lilburne’s early career allowed him to develop his capacity to use the court and the prison as a political platform. He had need of this skill. In the two decades between 1637 and 1657 there were only four years in which Lilburne did not spend some time behind bars. Lilburne most often wrote either from jail or under immediate threat of arrest and imprisonment. His bravery commended him to many who were not wholly sympathetic to his cause and Lilburne was mindful of the need to present his suffering as an example of wider social injustice.

In the 17th century it was almost impossible not to combine religious and political radicalism. But, in an age where the church performed some of the combined functions of the modern civil service, education system and mass media, to be against the church was likely to mean being against the state. It was Charles I’s father, James I, who coined the adage ‘No Bishop, No King’.

Lilburne’s rhetoric never lost the dimension of religiously inspired resistance to persecution. But, as the experience of participation in the Civil Wars and the revolutionary mass movement gathered pace, other themes emerged. The notion of freedom and equality under and in the law quickly became a central concern. Joined to this was the matter of legal precedent and, to demonstrate this, Lilburne relied on copious citation of Edward Coke’s Institutes. Then there was the historical argument that this notion of freedom had been lost under the Norman yoke. As experience accumulated, there was an increasing reliance on citing the Long Parliament’s and the Parliamentary army’s previous acts and engagements as a precedent for Leveller actions. All these influences flowed in The Agreement of the People (1647), the Levellers’ radical attempt at a written constitution. In the 1650s Lilburne even began to show an interest in classical Republican thought.

But the religious and political freedom, for which Lilburne fought were never absolutes. Royalists and Catholics were not always included, though Lilburne went further than most in defending their rights, too. And freedom was always a question that Lilburne directed to those in power, not those with whom he passionately disagreed but had little power. As he wrote in The Innocent Man’s Second Proffer (1649), his pamphlets fell into categories depending on who had the power to jail him: first the bishops and the king, then the Presbyterian parliamentary moderates, then the Cromwellian state.

When his old models, the Puritan martyrs, became defenders of the Presbyterian moderates in Parliament, they attacked Lilburne and he gave as good as he got. Cromwell’s first speech in Parliament had been in defence of Lilburne at the time of his initial imprisonment, but when Lilburne saw Cromwell’s rise to power as a threat to liberty he fired the ‘paper bullets’ of his pamphlets at his old defender. Cromwell tried Lilburne twice for treason. Both attempts failed and Lilburne’s acquittals were met with loud and long rejoicing in the London streets, as Honest John lived to fight another day.

Lilburne’s notion of freedom always involved asking the questions: freedom for whom? To say what? And for what purpose? The questions Lilburne asked are still at the heart of the modern debate on liberty.

John Rees is organiser of the John Lilburne 400th anniversary conference to be held at the Bishopsgate Institute, London on March 14th, 2015. 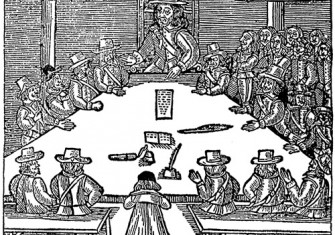 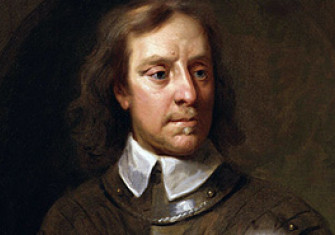