The Dreaded Sweat: the Other Medieval Epidemic

While most people have heard of the Black Death, medieval Europe was also afflicted by a less deadly but more perplexing epidemic: the sweating sickness. 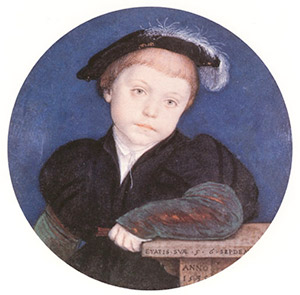 Most people have heard of the Black Death, which obliterated 60% of Europe’s population during the mid-14th century. Yet there was another medieval epidemic that took many thousands of lives, known as the English sweating sickness. Although this disease claimed many fewer lives than the plague, it gained infamy because its victims were killed within 24 hours by sweating to death.

Science has identified the pathogen that caused the plague and current cases are treatable with antibiotics, but no one knows what caused the sweating sickness. Now modern researchers have proposed two possible pathogens that could have caused it, both of which still kill people today.

Holinshed's Chronicles, published in 1557, described English sweating sickness as "so sharp and deadly that the lyke was never hearde of to any manne’s remembrance before that tyme." This was written by men whose grandfathers saw the Black Death. The disease began abruptly with fever, extreme aches in the neck, shoulders, and extremities, and abdominal pain with vomiting. Intense chills were followed by a hot phase involving sweating so profuse that the disease soon became known as, simply, “the Sweat." Death came swiftly after profound weakness and agonizing shortness of breath culminated with chest pain, rapid pulse, and cardiac palpitations.

The outbreaks were mostly contained within England, where they occurred during the summers of 1485, 1508, 1517, 1528, and 1551.  Then this enigmatic disease vanished. During those summers, physicians struggled madly to understand the disease, notably Thomas Forrestier in 1485 and John Caius in 1552.

Medical researchers at the Queen Astrid Military Hospital in Brussels have been poring over the medieval reports and comparing them to current epidemiology. Last January, they published their review article in the journal Viruses.

It reveals that English sweating sickness may be deeply entrenched in the history of England. "We are still going through the old documents looking for clues", says Dr Paul Heyman, one of the researchers. He and his colleagues outline how the first outbreak may be inextricably tied to Henry Tudor’s coup against Richard III in 1485. The illness is first reported at the Battle of Bosworth, when Lord Stanley used it a convenient excuse for withdrawing his army, only to then betray the king and side with Henry. The English sweating sickness ostensibly followed Henry VII’s victorious men back to London where it killed 15,000 people in six weeks.

Although the disease was first known in England, Heyman and his colleagues are exploring leads that it may not have originated there. "There is mention of [it] coming from Rhodes", Heyman says. The mercenaries Henry Tudor commissioned from France for his coup may have unknowingly transported the disease to England after somehow acquiring it during their campaign against the Ottoman Empire at Rhodes in 1480.

Only one outbreak traversed the English Channel. After 2,000 people died in London in 1528, the Sweat travelled via ship to Hamburg, Germany, where over a thousand deaths occurred in a month. 3,000 people died in Danzig and many again in Lübeck and other cities as the Sweat spread along the Baltic coast into Denmark, Scandinavia, and Russia.

Heyman and his colleagues now conclude that a plausible suspect for this deadly disease is hantavirus. This virus is transmitted by certain mice, rats, and voles, which never show signs of illness, and humans become infected by inhaling aerosolized rodent urine or faeces. Aside from a 1996 outbreak in Argentina, there are no cases of hantavirus transmitting person-to-person.

The clinical manifestations of the Sweat are hauntingly similar to hantavirus pulmonary syndrome (HPS). The United States has between 11 and 48 cases of HPS per year with a 38% mortality rate. In the summer of 2012, an outbreak of HPS struck California’s Yosemite National Park, infecting 10 people and killing three, and the National Park Service immediately sent warnings to over 233,000 visitors to Yosemite. The infamous outbreak in 1993 at the Four Corners region of the US killed 10 out of 23 victims. No treatment exists aside from mechanical ventilation.

However, the varieties of hantavirus that cause HPS are from the Americas, not Europe. In Eurasia, the hantaviruses produce haemorrhagic fever with renal syndrome (HFRS). Imagining the Sweat as a New World hantavirus that was transported back to England may be tempting, but Heyman says that would mean the first outbreak would have taken place after the Americas were discovered in 1492. "This was not the case, so the pathogen was native to Europe (or Asia)", he reasons. HPS also does not involve extreme sweating, casting doubt on whether it was responsible for the Sweat, although it is conceivable that a novel hantavirus with HPS-like and sweating symptoms evolved in Medieval Europe.

Another potential culprit is anthrax, according to microbiologist Edward McSweegan, which is caused by the bacterium Bacillus anthracis. The symptoms in the 22 cases of inhalation anthrax during the bioterrorism attacks of 2001, which resulted in five deaths, include copious sweating, exhaustion, and sudden onset. Patients require mechanical ventilation and antibiotics, although even with treatment the mortality rate for inhalation anthrax is 45%.

Anthrax is more common among animals; there is currently an outbreak among cattle in Peshawar, Pakistan, with 14 bulls dead by the end of March. To become infected, the bacterial spores must enter the body, so it cannot transmit between people, only by inhaling or ingesting spores, or getting spores in an open wound. Each of these methods causes slightly different symptoms. The last version, cutaneous anthrax, involves skin lesions, but lesions are not common in the other two forms. This could explain why Caius found no lesions on the victims’ skin, whereas Forrestier noted black spots on some afflicted people.

McSweegan says the English sweating sickness could have been contracted from anthrax spores in wool, although he admits that inhalation anthrax was likely rare prior to industrialized wool production.  "I suppose the thing to do is to dig up a few unfortunate victims of the Sweat and look for spores," McSweegan suggests.

Why did English sweating sickness occur in random summers? The answer could be climate change. The Sweat coincided with the beginning of a 300-year period of cooling trends in Europe triggered by a series of volcanic eruptions in Indonesia, so there could have been erratic seasonal fluctuations similar to the El Niño events we see today. Heyman and his colleagues found reports that outbreaks may have followed years when crops were damaged by floods. Regarding vectors of a potential hantavirus, rodent numbers increase during the summer and spike in mast years, when trees are particularly productive. Heyman says, "it probably only needed certain circumstances to provoke large-scale outbreaks."

“Whether or not [the English sweating sickness] will strike again is hard to say,” Heyman laments.  "We regularly see the (re)emergence of 'new' viruses and the possibility is there."

Jared Bernard is a writer from Edmonton, Alberta, Canada