It is impossible to engage fruitfully with European history without some understanding of peoples' religious beliefs, argues Paul Lay. 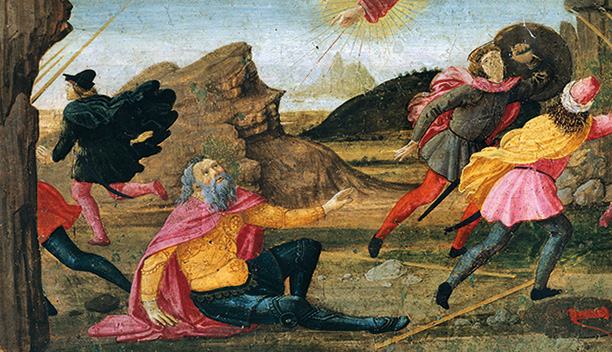 Researchers from Oxford University’s Department of Education are currently engaged in a project to support the teaching of Christianity in schools in England and Wales. It is a response to concerns raised by Ofsted inspectors, among others, and should be welcomed by historians. In a YouGov poll commissioned by the university, sampling the views of 1,832 adults in England, 64 per cent agreed that children need to learn about Christianity in order to understand English history.

They are not wrong, but it is also true that it is impossible to engage fruitfully with the vast swathe of European history between Marcus Aurelius and Voltaire – a millennia and a half – without some understanding of the beliefs of the people, high-born and low, during this crucial period in the history of mankind. The perils of ignorance were brought home to me when I accompanied a very bright, well-educated and successful friend around the Renaissance rooms of London’s National Gallery and was shocked by questions such as: ‘Who’s the man dressed in red carrying the big book.’ The answer, St Jerome, was met with a blank look.

Apostles of Richard Dawkins and his ilk should not fret. This is not a scheme to evangelise the Christian faith and nor should it be. Yet one would not deny students a classical education for fear that they might become followers of Bacchus, though in 21st-century Britain that may be the more likely option. This is a question of having the tools to do the job. And what students discover may well shed surprising light on the concerns of their own times. For example, the very idea of secularism, now widely accepted, even desired, in the West, is first outlined in Christ’s command from Matthew 20:21: ‘Render therefore unto Caesar the things which are Caesar’s; and unto God the things that are God’s.’ The recent debate over women bishops in the Church of England is also illuminated by an accurate knowledge of biblical exegesis. Opponents of female ministry are wont to quote St Paul’s First Letter to Timothy: ‘I do not permit a woman to teach or to have authority over a man; she must be silent.’ But, as the historian Tom Holland has pointed out, most biblical scholars now believe the letter is the work of Paul’s followers, who were troubled by his radical approach to equality, made explicit in his epistle to the Galatians, certainly written by him, that: ‘There is neither Jew nor Greek, slave nor free, male nor female.’

That Paul was a pioneer of our current creed of universalism and egalitarianism may come as a surprise to many and demonstrates why Oxford University’s project is so important to the future of the study of history in this country. If we do not try to understand the 1,500 years from Constantine’s adoption of Christianity to the coming of the Enlightenment, we will find history foreshortened, dominated by the 20th century and denuded as a result.