Understanding the inner workings of ‘the Mind’. 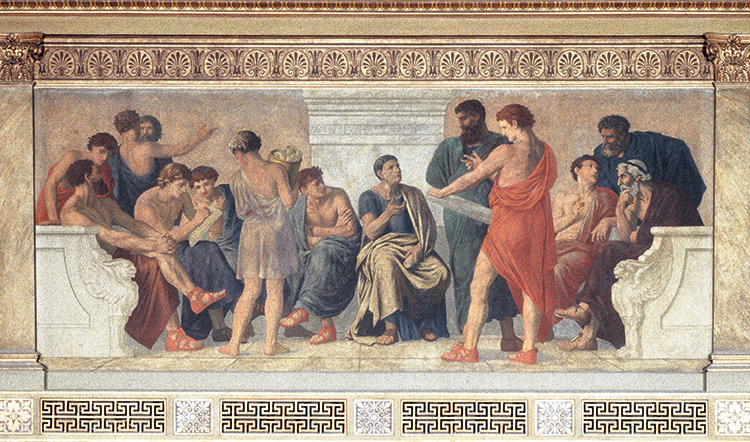 The writings of Aristotle (born in 384 BC in northern Greece) amount to the first comprehensive system of Western philosophy. Below is a brief guide to some of his key works.

For more on Aristotle, read Edith Hall's article in the June 2016 issue of History Today.

Based on notes from his lectures in the Lyceum, Aristotle posits happiness (eudaimonia) or ‘living well’ as the primary goal in human life. Named for his son, Nicomachus, the Ethics considers how man should best live and those virtues which produce happiness. Aristotle argues that man does not need to act to commit a crime: omitting to do something can be just as unethical.

When describing man as a ‘political animal’, Aristotle argues that the polis – or city state – is humanity’s natural habitat. Politics, meaning ‘things concerning the polis’, explores the best ways that man might live in society and describes how royalty, aristocracy and constitutional government corrupt to become tyranny, oligarchy and democracy. For Aristotle, different species have naturally occurring and fixed characteristics.

Meaning ‘after the physics’, Aristotle’s study is the first work to bear the title, though Aristotle himself did not use the term and it is thought to have been added in the first century. Aristotle describes the work as ‘the study of being qua being’ or the ‘first philosophy’, in which the author examines the nature of ‘things that can be said to be’.

Considered to be the oldest surviving work of literary criticism, Aristotle produces a theory of how to construct drama through a study of the plays of Sophocles and Euripides and epic poetry. Drama was central to life in ancient Greece; Aristotle contended its study could offer a better moral education than history. Poetics is still referenced on screenwriting courses today.

Written coterminously with significant developments in scientific thought, logic and biology, in De Anima Aristotle attempts to understand the soul, hoping to define its essential nature and properties, a task he describes as ‘one of the most difficult things in the world’. To do so, he discusses the souls of different kinds of living things: plants, lower animals and humans.