Ramsay MacDonald, the Lad from Lossiemouth 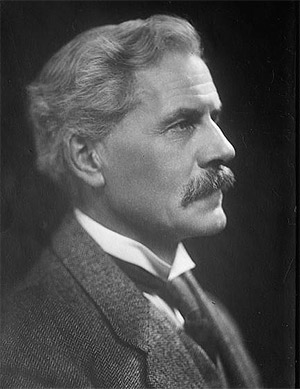 On November 9th, 1937 a radio message from the Reina del Pacifico sailing in Caribbean waters announced the death, from a heart attack, of Ramsay MacDonald, prime minister of Britain's first Labour government in 1924 and again in 1929-31 and, from 1931-35, leader of the National government. Recently retired, he was on a voyage with his daughter Sheila Lochhead to South America, in his words 'to seek that most elusive of all forms of happiness - rest'. According to a fellow passenger, the Bishop of Nassau, the seventy one-year-old MacDonald was 'obviously a tired man'. His deteriorating health over several years, specifically failing powers of memory, concentration and communication, suggests he was possibly suffering from the onset of dementia.