From the taming of the ‘Wild West’ to the lucrative wages of sin.

In October 1864, with the nation embroiled in civil war, the world’s longest telegram was dispatched west to east across the United States. Its content was the Constitution of Nevada and it was an urgent transmission: the Constitution – required for Nevada Territory to become a state – had originally been sent to Washington by post, but had not arrived. Anticipating Nevadan support, the incumbent president, Abraham Lincoln, was keen to grant statehood in time for a crucial election on 8 November, a deadline met with just days to spare on 31 October. This picture essay takes Nevada as a case study in which many of the broader themes of US history have played out: the taming of the ‘Wild West’; the displacement of native peoples; the pursuit of wealth; exploitation of the land; freedom and the federal system; the Atomic Age; boosters, bravado and, in the leisure pursuits for which the state enjoys notoriety, the lucrative wages of sin.

THE STATE OF THINGS 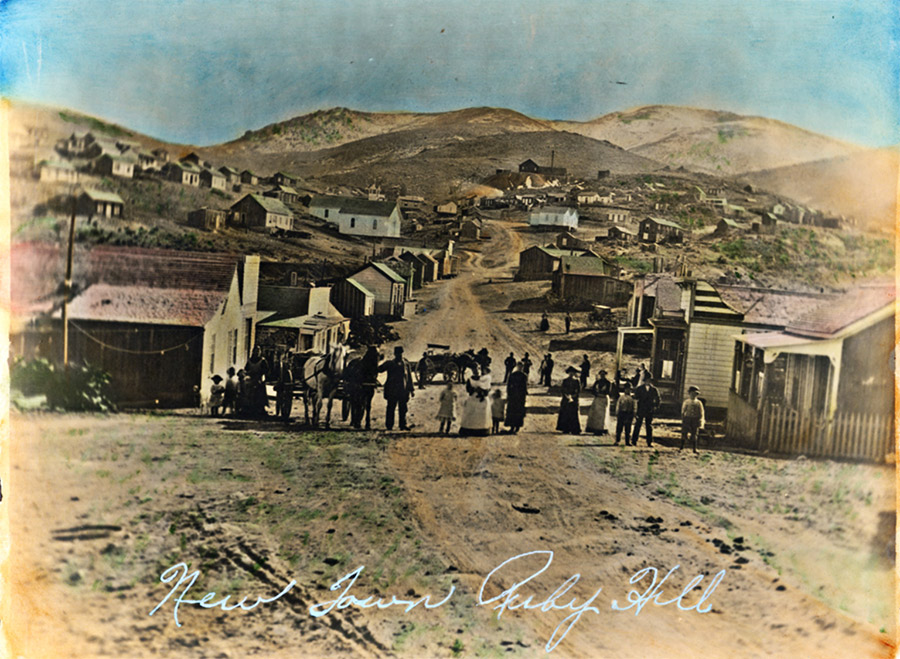 Nevada’s statehood was controversial: according to the Northwest Ordinance of 1783, states required a population of at least 60,000. Nevada had under half that figure and many of its settlements – such as Ruby Hill, pictured above – were mining towns vulnerable to boom and bust. Destroyed by a storm in 1910, Ruby Hill became one of the state’s ghost towns. In the early 20th century, with population falling, critics questioned whether Nevada merited representation in Congress. Other calls to revoke statehood centred on questions of decency – or Nevada’s lack of it. 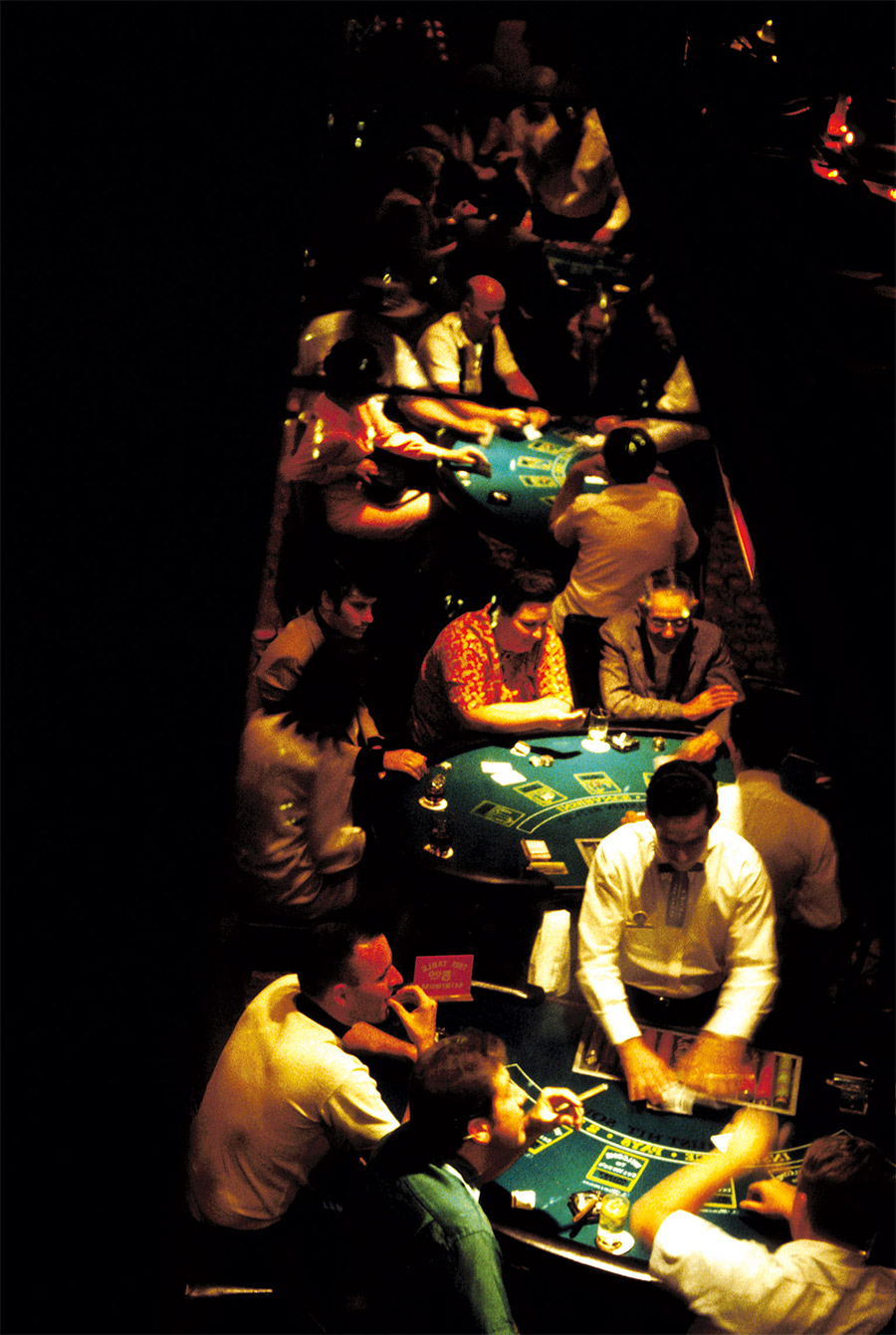 ‘Luck has shaped Nevada’, as the historian Michael Green puts it. Gambling is near synonymous with the state, but the original Constitution prohibited it, along with theatres, racetracks and cockfighting. Hoping to win big, the state legalised gambling in 1931, just as other states (including neighbouring California) were clamping down on it. The bright lights of Las Vegas were among its winnings. 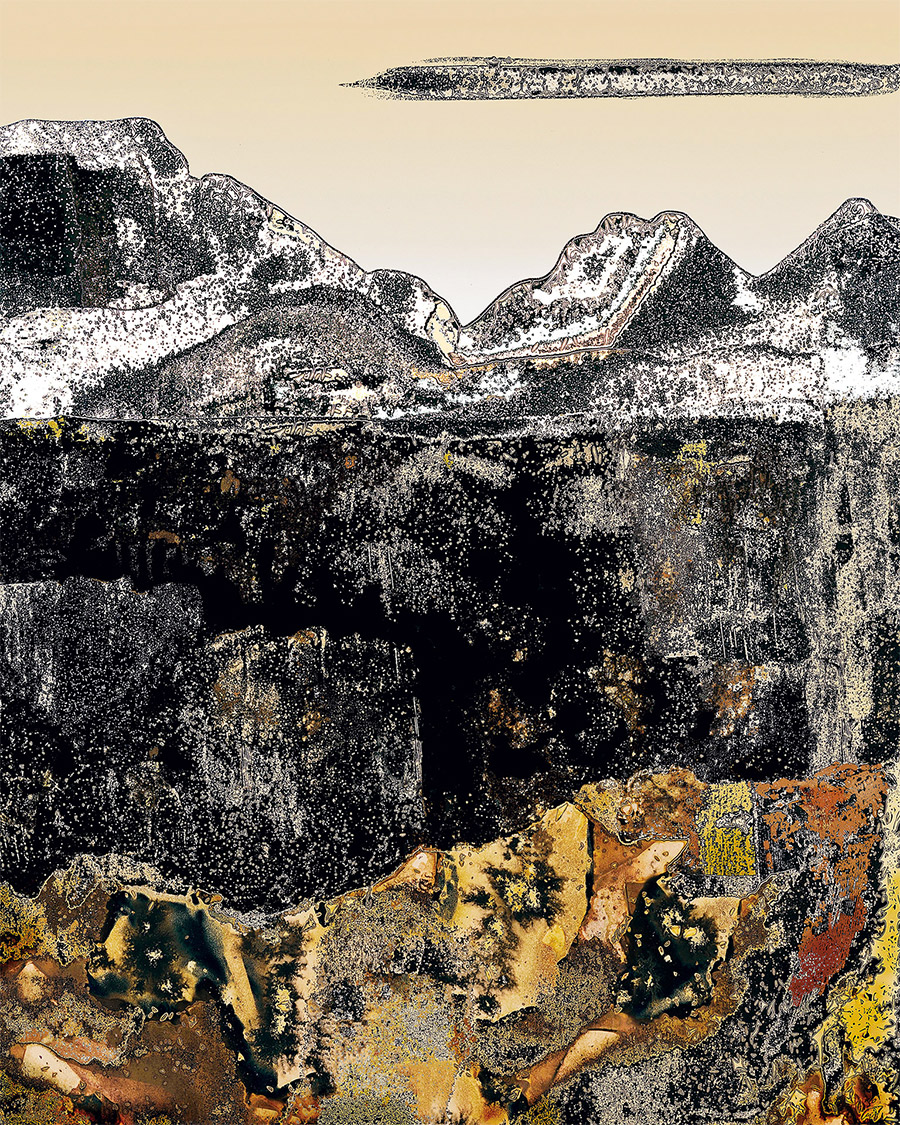 For those people for whom the New World was indeed new, Nevada was an arid, mountainous expanse of land to be crossed – often as quickly as possible. In the 16th century, the Spanish found nothing of interest in Nevada, which they named for the snowy mountain range which would later prove an obstacle to ‘Manifest Destiny’ – the 19th-century belief that America’s settlers were destined to expand across the continent. In 1846, pioneers trying to reach California, known as the Donner Party, became stranded in the Sierra Nevada, resorting to cannibalism to survive.

THIS LAND IS YOUR LAND 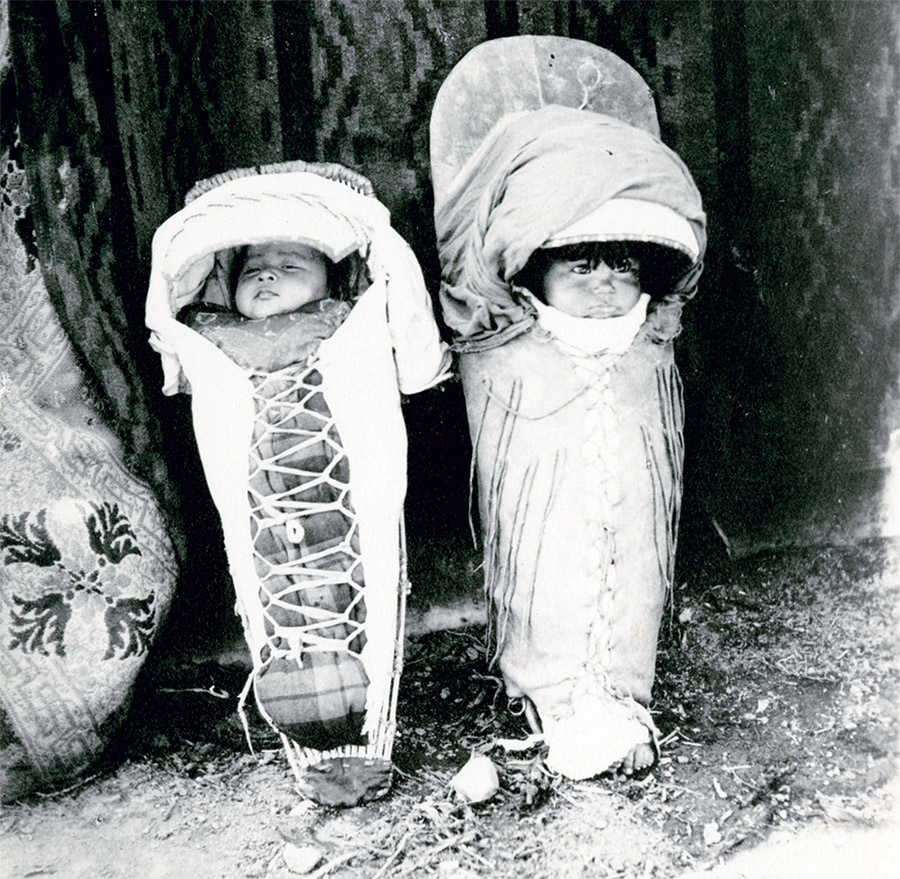 Nevada has been described as ‘a laboratory for how Americans define freedom’. When settlers arrived, the land’s native peoples broadly comprised the Northern and Southern Paiute, Washoe and Western Shoshone people. In 1860, the Pyramid Lake War was fought between allied native forces and victorious US Army-backed settlers, who had been exerting their freedom by usurping Paiute grazing land and disrupting food supplies. 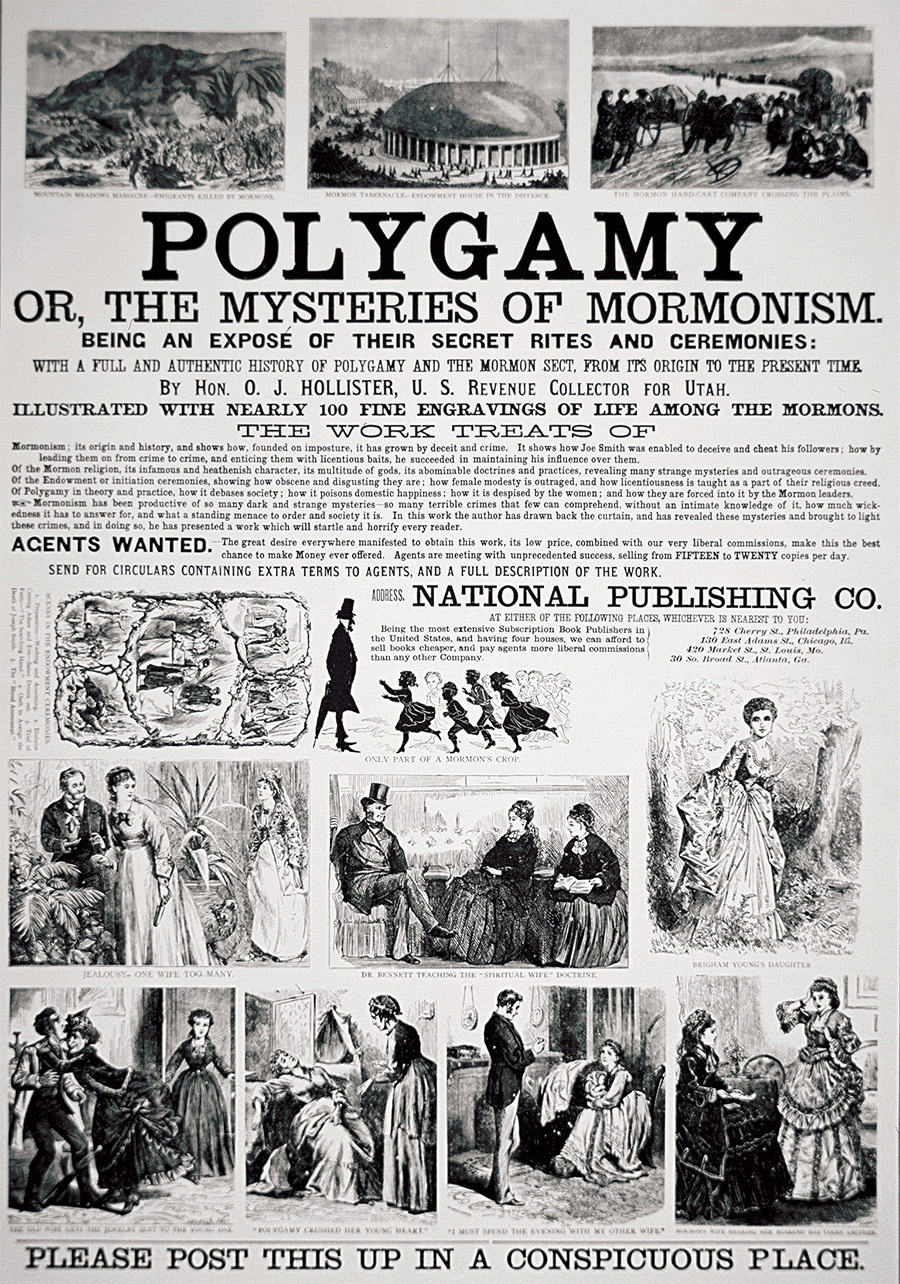 Founded by Joseph Smith in New York in 1830, the Church of Jesus Christ of Latter Day Saints – the Mormons – were among Nevada’s earliest settlers, moving beyond then-US borders under the leadership of the ‘Mormon Moses’, Brigham Young. Built in 1855, the Mormon fort at Las Vegas is Nevada’s oldest surviving building. The Church established colonies throughout the ‘Mormon Corridor’, but with mass settlement came statehood and a ban on certain Mormon practices – see poster.

THE HAND THAT FEEDS 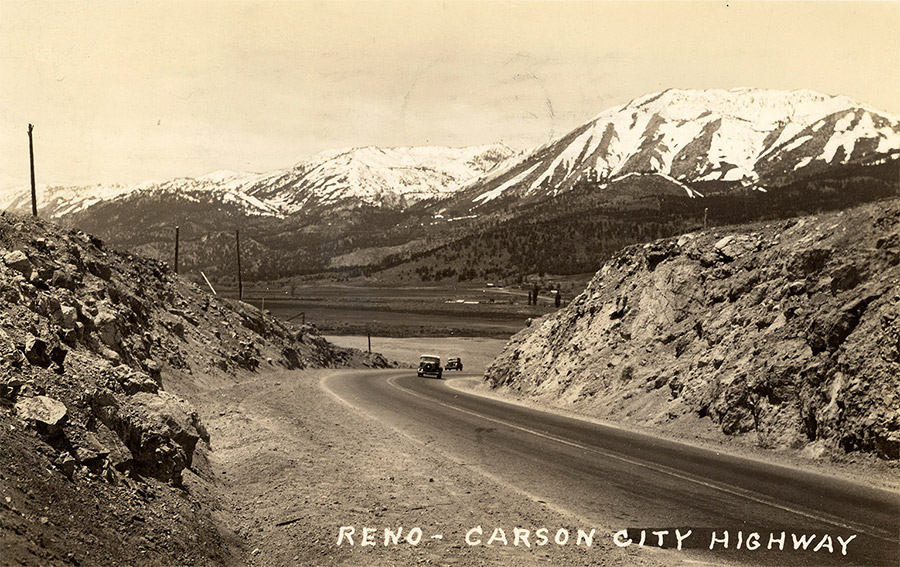 Nevada’s history might seem driven by the illusion of luck, but the development of its infrastructure was not down to chance. Michael Green identifies another Nevada tradition: ‘supporting limited government while craving federal dollars to fund infrastructure and generate jobs’. The state’s highways – which, like the railway in the late 1860s, transformed the state, facilitating new towns and tourism – are one example of how Nevada has benefited from federal funds. In 1916 the Federal Aid Road Act encouraged states to establish a highway department by offering to match spending on new roads. Nevada spent $10 million on highway construction in 1926, partly funded by a gasoline tax. Grander federal projects followed. 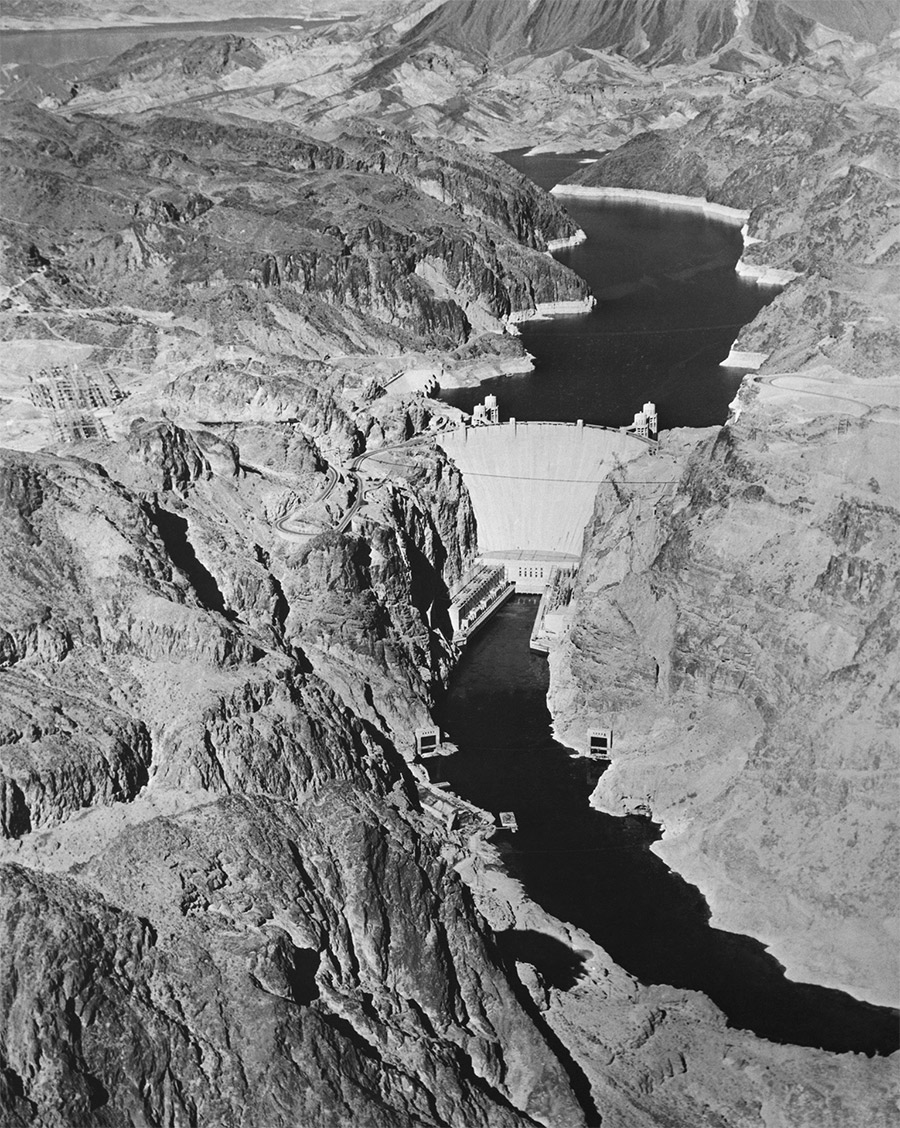 Arguably the most recognisable project undertaken during President Roosevelt’s New Deal public works programme, the Hoover Dam – dubbed the ‘eighth wonder of the world’ – was built between 1931 and 1936 on the Colorado River at the Arizona-Nevada border. Boulder City, a federal town built by the government, was created to house the workers (whose wages were often spent in nearby Las Vegas). Surprisingly, the Great Depression could be seen as a boom period for Nevada, which received more money from the New Deal per resident than any other state. 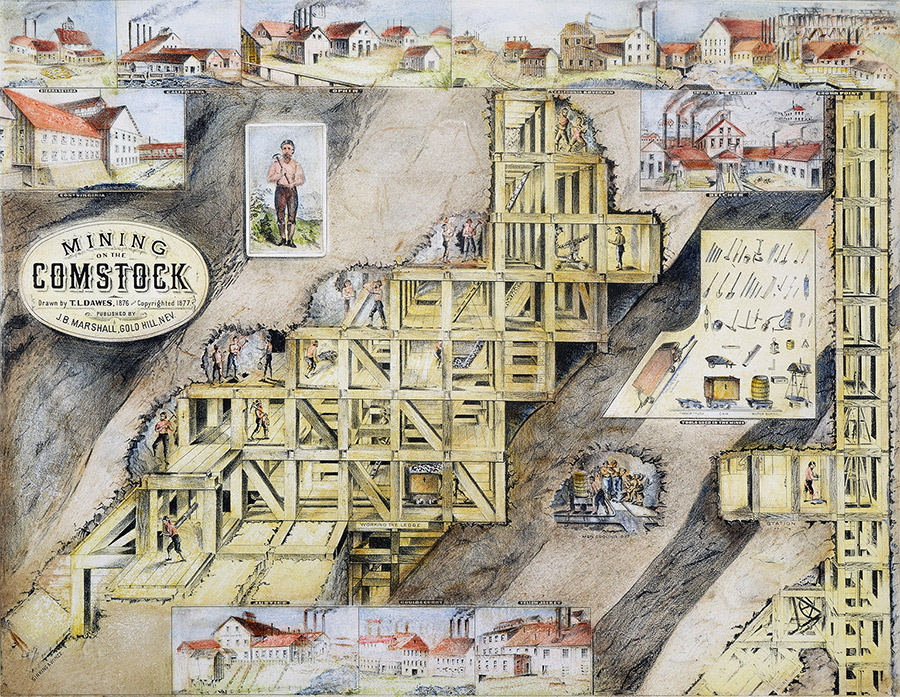 Discovery of the Comstock Lode is a defining moment in Nevada’s history. A rich source of silver ore, it generated almost $300 million in the decades following 1859, earning Nevada its nickname ‘the Silver State’. Thousands of miners (and other entrepreneurs) arrived in the nearby boomtown, Virginia City; as the saying goes, fortunes could also be made ‘selling shovels’. 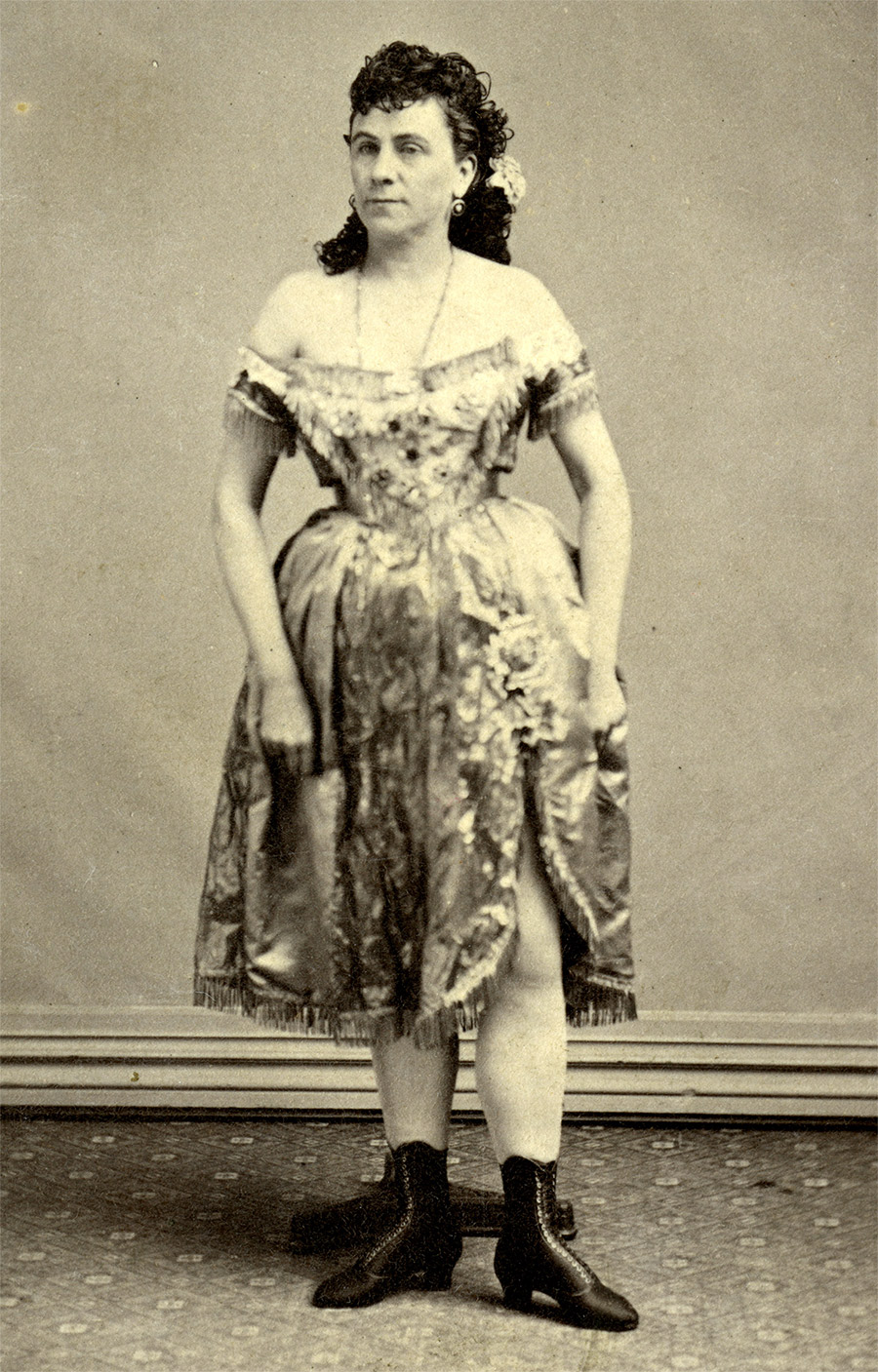 The mining influx was overwhelmingly male. Pictured here, singer and dancer Fanny Hanks died in November 1893. Her obituary reveals a harsh story of boom and bust: ‘In her palmy days enthusiastic miners used to throw her gold’, but, ‘she married John Woodard, a worthless gambler, who was killed when he was found beating her’. Her popularity waning, she ‘lost her money in stocks’. 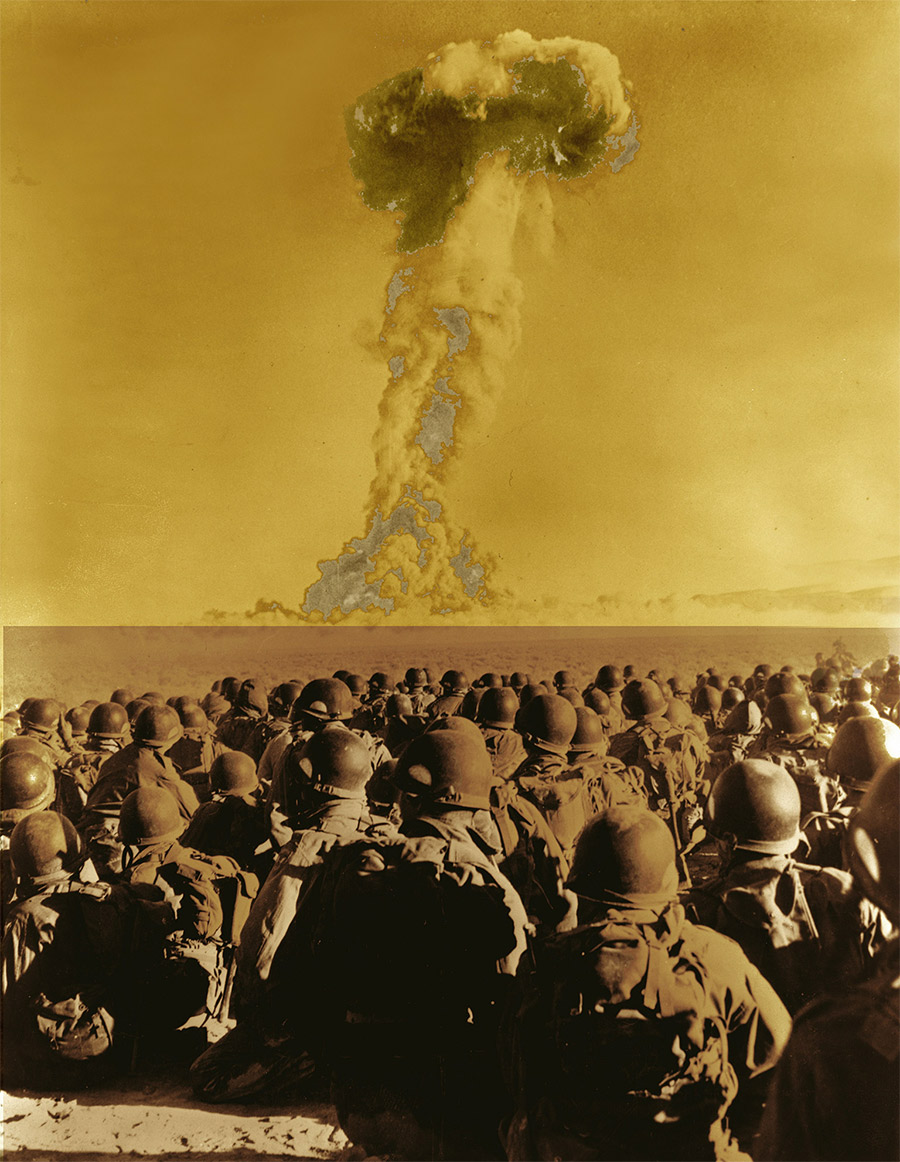 In the 1950s, the US government began testing atomic weapons in Nevada. The first was dropped in 1951; 100 more would be tested at the Nevada Test Site before the explosions began to be detonated underground. The effect of the tests severely damaged Nevada’s relationship with the federal government, forging a legacy of mistrust: the increase of cases of cancer in local communities sat at odds with the government’s denial that bomb testing was dangerous. 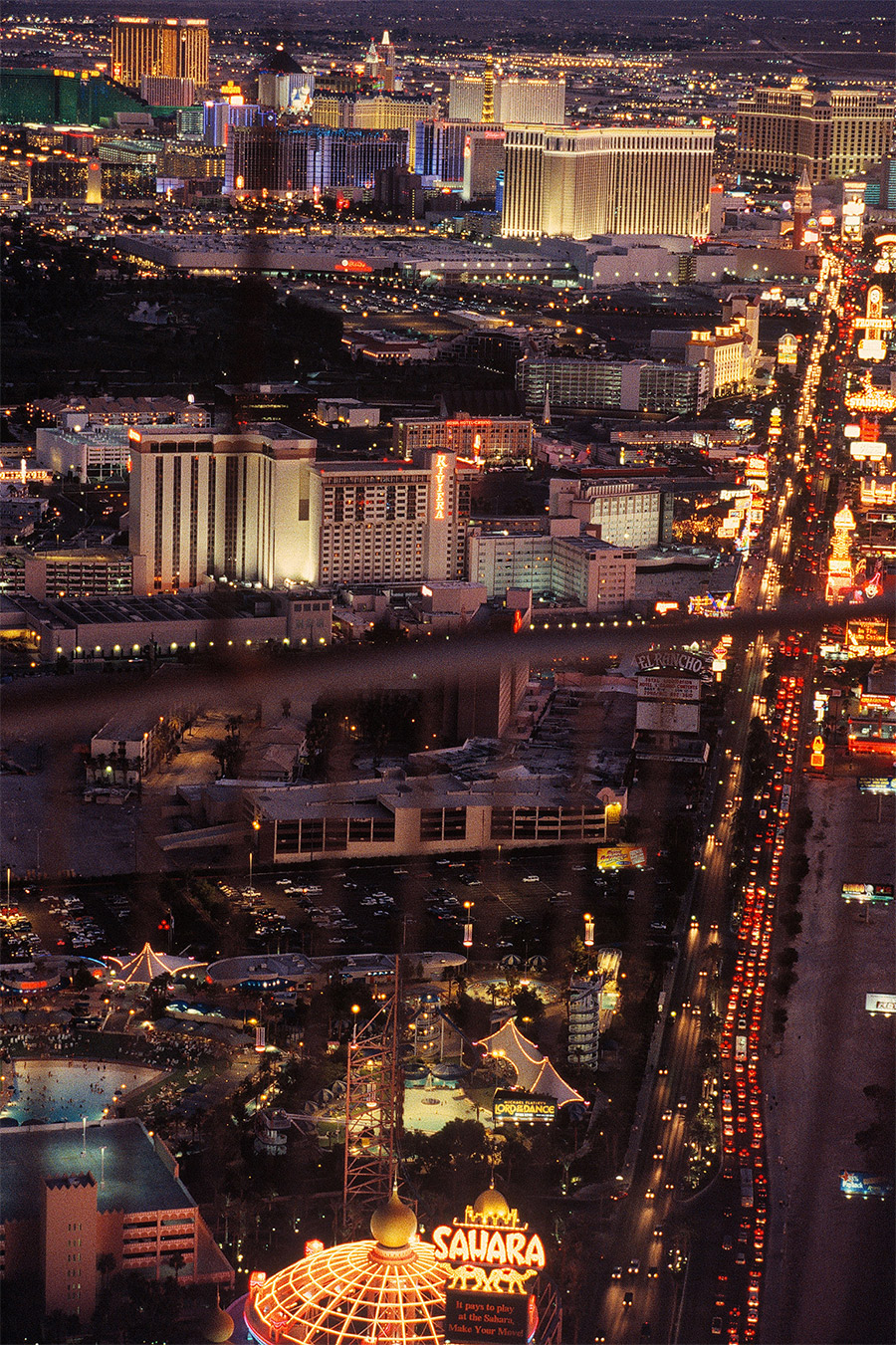 Las Vegas first bloomed with dollars spent by workers on the nearby Hoover Dam. After they left, it was promoted as a frontier town with slogans like ‘The Old West in Modern Splendor’. The first resort opened on ‘the Strip’ – a stretch of road outside city limits – was El Rancho in April 1941. The rustic frontier image was soon eclipsed – under the influence of mobster ‘Bugsy’ Siegel – by the (gaudy) glitz which attracted Hollywood stars, the Rat Pack – and millions of less famous tourists.

FOR A GOOD TIME, NOT A LONG TIME 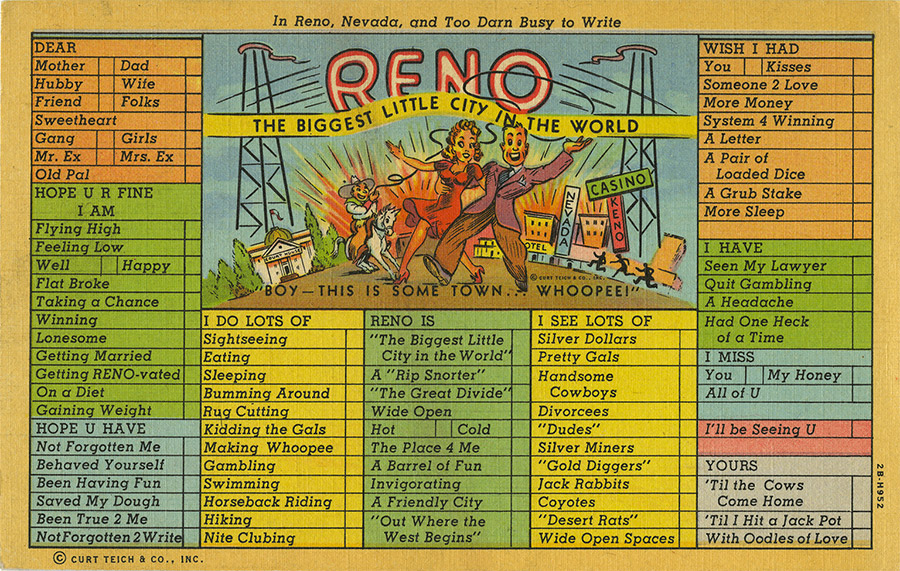 What do André Breton, Jack Dempsey, Rita Hayworth, Bela Lugosi, General Douglas MacArthur, Norman Rockwell and Orson Welles have in common? They were all divorced in Reno. In the 20th century Nevada legitimised – and made unique selling points – of its insalubrious characteristics: this postcard reveals some of its various tourist lures. After 1931, divorce in Nevada required just six weeks’ residency in the state; more than enough time to enjoy the city’s other attractions. 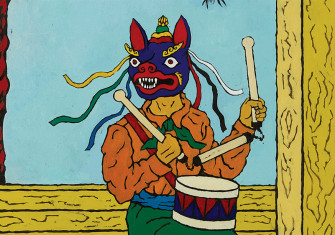 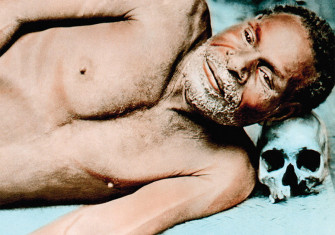