The Opening of Selfridge’s Department Store

The famous London store opened to the public on March 15th, 1909. 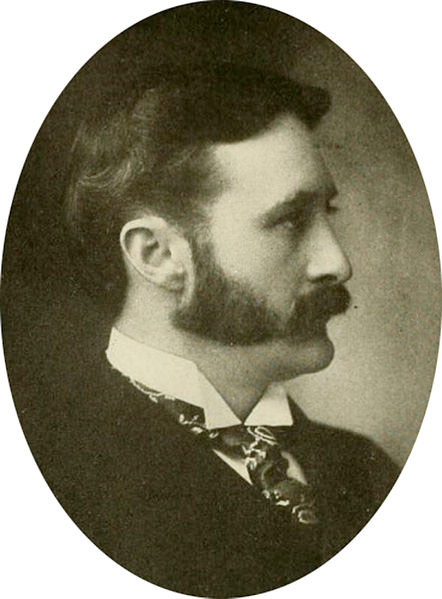 London's Oxford Street has a long history going back to its original incarnation as a Roman road. The Tyburn gallows at present-day Marble Arch was its most celebrated feature from the 16th century until the 1780s, when public hangings were transferred to Newgate Prison. It developed into a shopping street during the late 19th century. One of its most handsome and celebrated sights today is Selfridge's department store.

Gordon Selfridge believed that it was 'the duty of the great business house to unify beauty with its effort' and his architects provided him with a colossal exercise in Edwardian Baroque grandeur, which took years to complete. Work started in 1908 and the eastern bays were opened the following year, but the building was not finished until the 1920s. Occupying an entire block of Oxford Street it was the West End's biggest department store and the façade, with its massive and richly decorated neoclassical columns and imposing main entrance, has been described as an 'extraordinary temple of the retail business'.

When the first section was opened on a snowy March day in 1909, the exterior was festooned in laurel and the flags of all nations. A bugle sounded at nine in the morning as the doors were unlocked and a crowd of interested visitors surged in. Some 600,000 personal invitations had been sent out in the previous days and newspaper advertisements had asked everyone in the country to come to see the new store in its opening week. Selfridge's principle was that shopping should be enjoyable rather than a chore and The Times reported that the interior that first day was filled with masses of flowers and greenery as well as 'myriads of tiny globules suspended on threads, which reminded one of the snow that was falling outside'. Orchestras were playing music 'apparently at every corner' and the showrooms were 'more airy and spacious - owing to the absence of dividing walls and partitions than those which are familiar to London eyes'. Everything anyone could conceivably want to buy seemed to be on display and The Times commented on 'the pleasant habit of the shop assistants in refraining from asking what they could do for one'.

As well as a post office, a theatre booking office, a library and an information bureau, there were galleries displaying works of art, a comfortable 'silence room' for resting, restaurants and a roof garden. Foreign visitors were provided with interpreters, and a trained nurse was on hand to administer first aid if it was needed.

Gordon Selfridge was 51 when his store opened. A dynamic American businessman who all his life thought big, he was born in Ripon, Wisconsin in 1858 and was denied his intended career in the US Navy by an accident of birth – he was fractionally too short to be admitted to the Annapolis naval academy.

In his early twenties Selfridge joined what would become America's most famous department store, Marshall Field's in Chicago, as a junior clerk. He rose swiftly to managerial level, was made a junior partner and was sent frequently on trips abroad. After one of them he tried to coax Marshall Field into opening a store in London, but Field was not persuaded and in 1904 Selfridge left the firm. Either Selfridge or Marshall Field is generally credited with the saying 'the customer is always right', apparently neatly turned round from a French maxim by the hotelier César Ritz, who said that 'the customer is never wrong'. Another quote attributed to Selfridge is: 'People will sit up and take notice of you if you sit up and take notice of what makes them sit up and take notice.'

Selfridge and his wife Rosalie and their children arrived in London in 1906. He found the Oxford Street site and hired a Chicago architect, Daniel Burnham, to create his dream. He paid high wages to attract British and American executives and buyers and brought a window-dressing expert over from Marshall Field's.

By the time the store opened, Selfridge was employing 12,000 people. He had a keen eye and he toured the store every day in formal dress and a top hat. He acquired a grand country estate at Highcliffe Castle in Hampshire, but he eventually threw much of his great fortune away though reckless gambling in casinos on the Continent and, after Rosalie’s death in 1918, on a succession of mistresses, who included the French dancer and actress Gaby Deslys. Over time, he lost control of Selfridge’s and was finally ousted in 1941. He died six years later, at the age of 89, in a modest flat in Putney where his daughter looked after him. Gordon Selfridge was buried at Highcliffe beside his wife and his mother.