The House of Lords rejects the 1909 People’s Budget

The budget proposed by the Liberal government was 'a social and political revolution of the first magnitude'. After passing the Commons, it was voted down by the House of Lords on 30 November 1909. 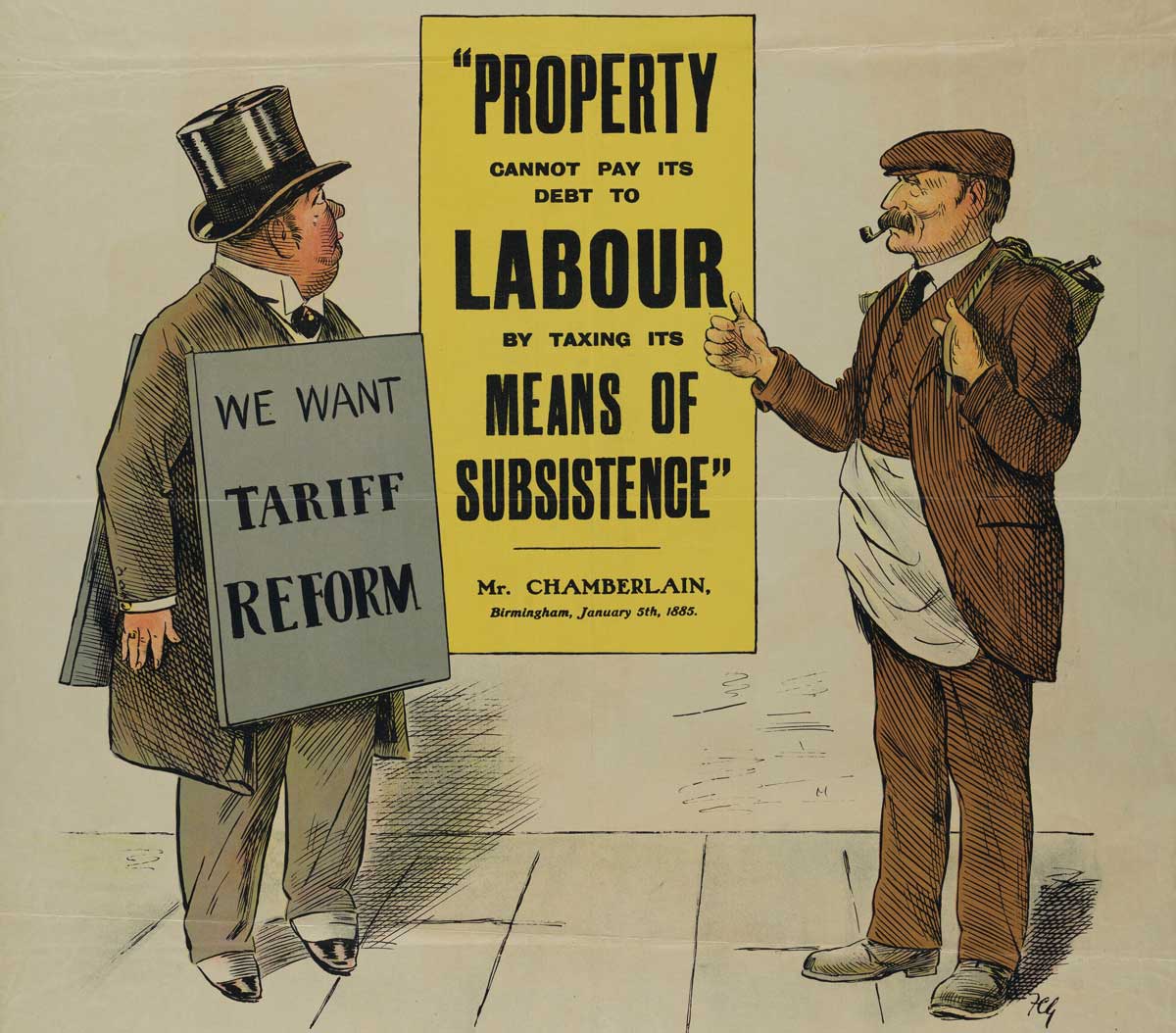 Brought up in poverty in Wales after his father’s death when he was a baby, David Lloyd George grew up with a magnetic personality and a profound sympathy with the poor. He visited the House of Commons when he was 18 and confided to his diary that he viewed the assembly in the same spirit as William the Conqueror must have contemplated the England of Edward the Confessor.

In 1890 he became Liberal MP for Caernarvon. When the Liberals won the general election of 1905 with a hefty majority he said it was essential that the new government must do something ‘to cope with the social condition of the people, to remove the national degradation of slums and widespread poverty and destitution in a land glittering with wealth’.

Lloyd George was appointed chancellor of the exchequer in his midforties in 1908 by the previous chancellor, H.H. Asquith, who moved up to be prime minister. His first task was to see the 1908 budget, which had been prepared by Asquith and which introduced old-age pensions, through the House of Commons. By 1909, when his own first budget was due, the Liberal government was in trouble. Much of its reforming legislation had been blocked by the House of Lords and radicals like Lloyd George feared that the fledgling Labour Party might steal its thunder. At the same time, the need for more battleships to counter the looming threat from Germany made it harder to find the money for further reforms.

The new chancellor’s response was what he called a budget ‘to wage implacable warfare against poverty and squalidness’. It became known as the People’s Budget, was supported in Cabinet by both Asquith and Winston Churchill and was introduced in the House of Commons on April 29th in a dreary speech by Lloyd George, who droned on for more than four hours.

Usually a masterful speaker, he was tired and suffering from a throat infection. The budget’s contents, however, were far from boring. Income tax and death duties were both raised and a new supertax at sixpence in the pound levied on the amount by which incomes above £5,000 a year (equivalent to more than £350,000 today) exceeded £3,000. The most controversial proposals, however, were for a capital gains tax on the ‘unearned increment’ in the value of land created not by the landowner but by the community at large and duty on the capital value of undeveloped land.

Lord Rosebery, the former Liberal prime minister, called the budget ‘a social and political revolution of the first magnitude’ and it created a fierce adverse reaction among rich landowners, in the City and in the House of Lords. There is no evidence that Lloyd George deliberately framed his budget to provoke the Lords into rejecting it, despite the constitutional convention that forbade them to interfere with financial measures emanating from the Commons. As the row that the budget provoked went on, however, both Lloyd George and Churchill hoped for a rejection that would end in the Lords being tamed: which is what eventually happened.

Churchill was head of the Government’s Budget League, set up to rival the Conservatives’Budget Protest League. Songs at its meetings included one to the tune of ‘Bonnie Dundee’, which began: ‘Hip Hurrah for the Budget, the taxes are good/Let them run on the Landlords and not on the food.’Meanwhile, Lloyd George as ‘the People’s David’prowled the country mocking the Goliath of the aristocracy.

At Newcastle in October he told a riveted audience that ‘a fully equipped duke costs as much to keep as two dreadnoughts and they are just as great a terror – and they last longer’, and was asked if it could be right that the Lords, ‘500 men, ordinary men chosen accidentally from among the unemployed’, should override the judgement of millions of hardworking people. His rabble-rousing speeches caused uneasiness. Even Asquith was uncomfortable and it would become clear that many people lower down the social ladder were thoroughly disturbed.

The budget finally passed the Commons on November 3rd and went to the Lords. Despite the misgivings of some peers, the Conservatives decided to ignore constitutional convention and reject it and it was decisively voted down on November 30th by 350 votes to 75. The inevitable result was a general election in January. To Lloyd George’s astonishment the Liberals almost lost. Shedding votes in bushels, they were reduced to 275 seats, only two more than the Conservatives on 273. The Labour Party also lost seats and ended with 40, while the Irish nationalists had 82. The Liberals remained in power, but only with the support of Labour and the Irish. The 1909 budget passed the Commons again and this time was accepted by the upper house. The key consequence, however, was the Parliament Act of 1911, which severely reduced the powers of the House of Lords.