Bangladesh and its Search for Identity

Born of civil war in 1971, the former East Pakistan has wrangled with issues of religion, secularism and democracy ever since. 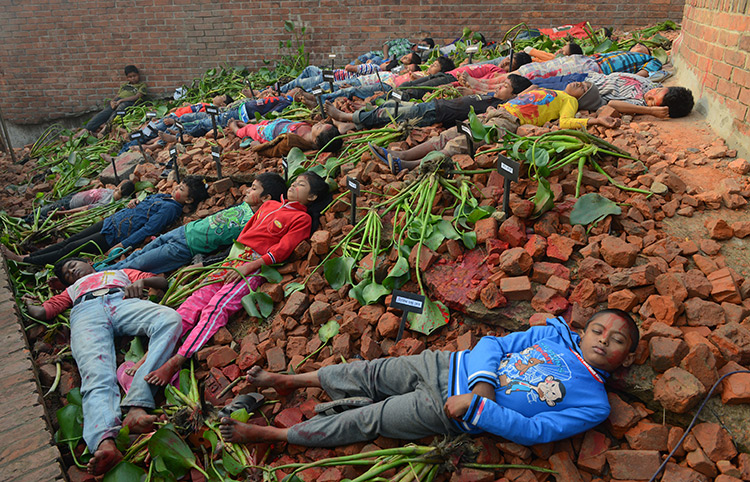 When Hasina Wazed led the Awami League to power in 2009, she promised Bangladesh’s electorate that she would set up a tribunal to prosecute war crimes committed during the Liberation War of 1971. Bangladesh was East Pakistan at that time and its Bengali-speaking people had been seeking autonomy within Pakistan’s federal structure. Successive Pakistani governments had refused to accede to those demands.

East and West Pakistan were divided by hundreds of miles of Indian territory. When British rule ended in the Indian subcontinent in 1947, two nations emerged. India had a Hindu majority but chose to be a secular republic, while Pakistan was to be home to the subcontinent’s Muslims. Constituted of two parts, the west dominated politics, military and business. When the Pakistani leadership refused to grant the Bengali language equal status with Urdu, discontent grew. Reportedly millions died in a cyclone in the east in 1970 and a poor response from the west convinced many that autonomy was required.

In the elections of 1970, the east voted overwhelmingly for the Awami League, established as a Bengali alternative to the Karachi-based Muslim League in 1949. This won the party a majority in the national assembly, but instead of inviting its leader, Mujibur Rahman, to form a government, the incumbent Pakistani leader, General Yahya Khan, attempted to negotiate. Unknown to Bengalis, he had also sent thousands of troops to East Pakistan. When negotiations stalled, the government declared martial law on March 25th, 1971. Official records put civilian casualties at 26,000; Bangladeshis insist the number is nearer three million. Nearly ten million refugees left for India, where the government set up camps and provided assistance to Mukti Bahini (Freedom Fighters). In December 1971, after Pakistan attacked Indian airfields, India joined the war. Its troops overran what would become Bangladesh and Pakistan surrendered on December 17th.

Rahman, arrested in March that year, returned to Dhaka in triumph. The Awami League won elections, but drought and corruption led to disenchantment. In 1975, junior officers staged a coup in Dhaka killing Rahman and most of his family. His daughter, Hasina, now prime minister, was abroad and remained in exile until 1981.

Successive governments began to tinker with the constitution. Rahman’s assassins were pardoned; some got diplomatic postings and one ran for president. The ban on Jamaat-e-Islami, the pro-Islamic party that had opposed Bangladesh’s independence, was lifted and the country declared itself an Islamic Republic. While the Awami League was in power for one term in the mid-1990s, it did not have the majority to revive the tribunals, which would not resume until 2009.

The tribunals have stirred up old controversies and questions: is Bangladesh a Muslim or a Bengali nation? Is it secular or religious? Most of those charged at the tribunal are from Jamaat-e-Islami: in 2013, when one of its leaders was given life imprisonment, thousands congregated in Dhaka demanding the death penalty. (The government appealed the verdict; the court sentenced him to death.) In response, thousands of followers of Hefazat-e-Islam, a fundamentalist group, protested and violence was inevitable. Since then, extremists have targeted bloggers and publishers who criticise religion. The opposition, the Bangladesh National Party,  boycotted the 2014 elections, meaning that, though the Awami League won, over half the seats were uncontested.

A terrorist attack killing more than 20 people including 18 foreigners at the Holey Café in Dhaka occurred on July 1st, 2016. Though the attack bears the hallmark of ISIS, it has its roots in the unresolved debate over Bangladesh’s identity and domestic politics. The question as to whether the country is Muslim or Bengali is complicated by the fact that the country is also home to Hindus, Buddhists, Christians and atheists, as well as those who speak Sylheti, Khasi, Garo and other languages.

At the Martyr’s Memorial at Rayer Bazar in Dhaka an engraved poem asks: Tomader ja bolarchhilo, bolchhe ki ta Bangladesh?, ‘Does Bangladesh speak what you wanted it to say?’.

Unless Bangladesh resolves this question, it will continue to be haunted by violence.

Salil Tripathi is the author of The Colonel Who Would Not Repent: The Bangladesh War and its Unquiet Legacy (Yale, 2016).