Join us as we count down to Christmas with some numerically inspired historical facts – some tenuous, some inspired. None festive. Check back every day for more.

23 times, with one of the wounds in his chest proving fatal. 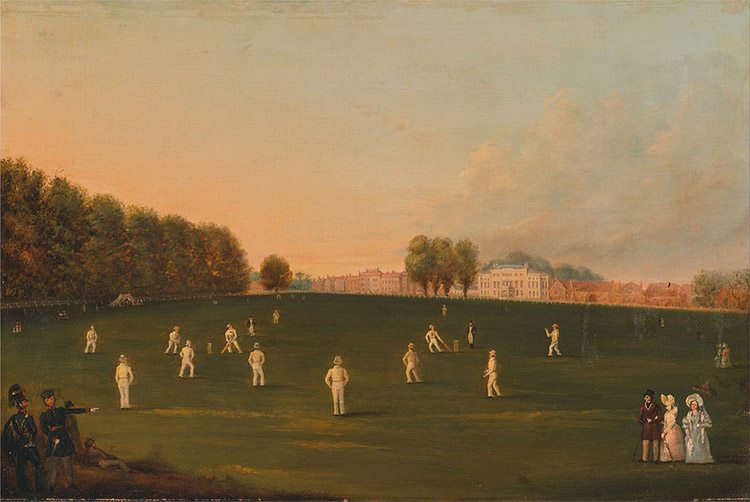 Cricket is the world’s oldest extant spectator sport. Thought to have originated on the Weald of Kent and Sussex, its first laws, the 'Code of 1744', established the cricket pitch – the distance between the wickets, one of which the batsman defends, the other from which the bowler bowls – at 22 yards. It remains the standard measure. In 1610, Edmund Gunter, Professor of Astronomy at London’s Gresham College, defined the ‘Chain' as 22 yards, which became the measure for land surveyors, roughly equivalent to the breadth of the Anglo-Saxon strip acre. During the 18th and 19th centuries, the Chain was used to lay out cricket pitches. So, when Australia host Pakistan in Melbourne for the Boxing Day Test Match, they will be facing one another on a strip of land rooted in the world of Aethelstan. 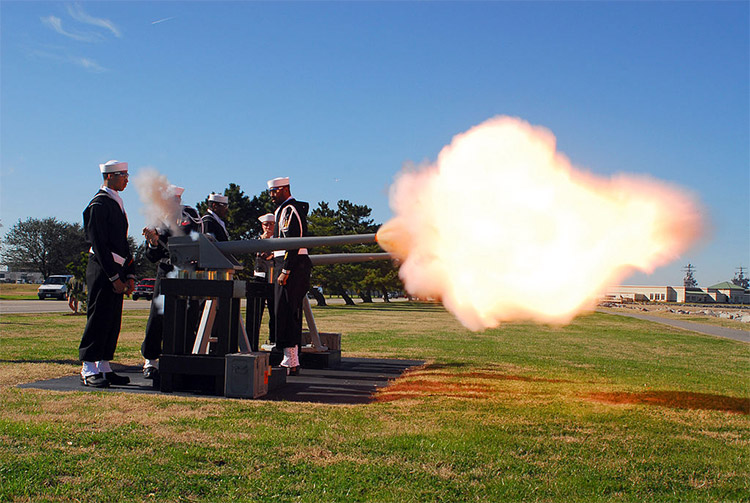 Although gun salutes can be any length, a 21-gun salute is the most common and recognisable. It possibly originated in the 17th century. When a man-of-war arrived in a port it would prove its guns were empty by discharging them. As a display of equality, forts on the shore would fire back, but as powder was easier to keep dry on land and therefore a less precious commodity, the forts would fire three times in return. Seven was the standard number of weapons on a British vesse, bringing the total number of shots fired to 21. 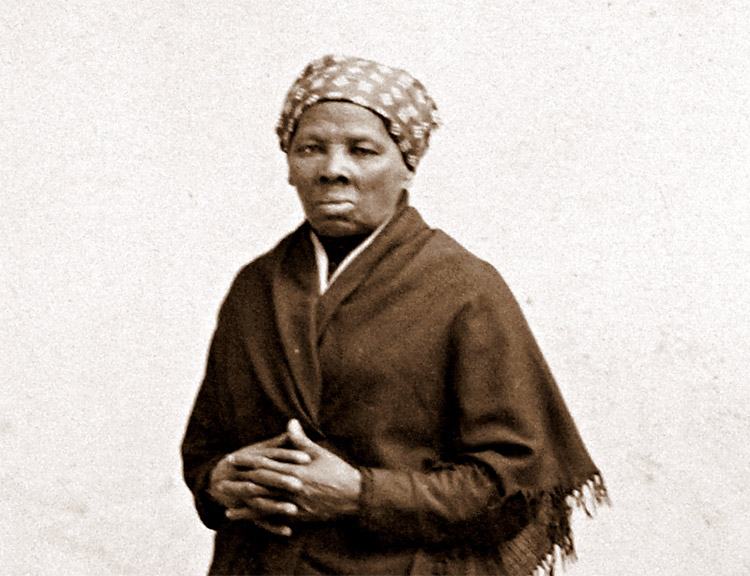 In 2020, the former slave and abolitionist Harriet Tubman will appear on the redesigned US $20 bill. As part of the redesign, the face of Andrew Jackon will be moved to the back of the note.

Tubman would be the African-American to have her portrait printed on a US banknote, and the first woman since Martha Washington’s portrait was printed on the $1 silver certificate between 1886 and 1891. 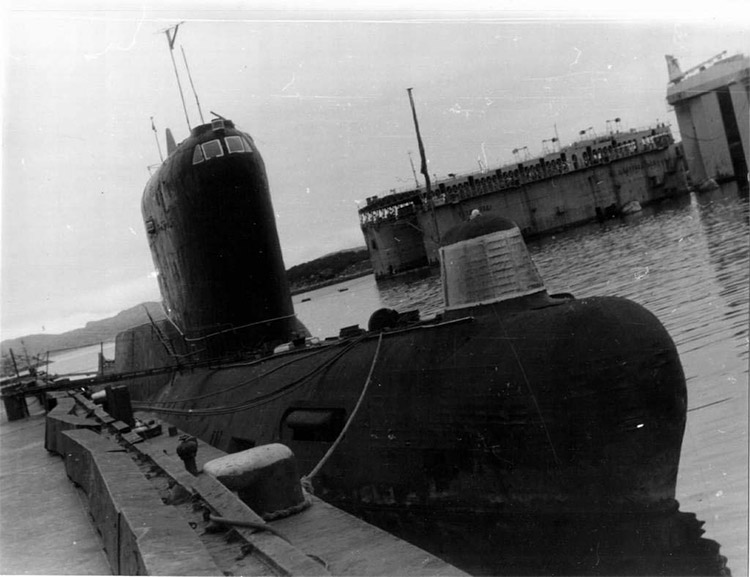 The K-19 was the first Soviet submarine to carry nuclear ballistic missiles. Launched in April 1959, it was rushed to completition as the Soviets attempted to catch up with the USA militarily. It was plagued by equipment failures which, in its early years in service, resulted in the deaths of several sailors. The vessel was eventually decommissioned in 1990.

Joseph Heller’s anti-war novel Catch-22 was originally titled Catch-18. Heller chose the original number due to its meaning in Hebrew where the word for ‘life’, חי, has a numerical value 18. The title was changed to 22 to avoid confusion with Leon Uris’ novel Mila 18, which is also set during the Second World War.

The badge of the Grenadier Guards is of a ‘grenade fired proper’, which shows 17 flames firing from its top. It has to be polished twice a day. Since its foundation in 1656 the regiment was known as the 1st Regiment of Foot Guards, guarding kings in exile. In honour of their victory at Waterloo against an assault by Napoleon’s Imperial Guard they were made a Regiment of Grenadiers. 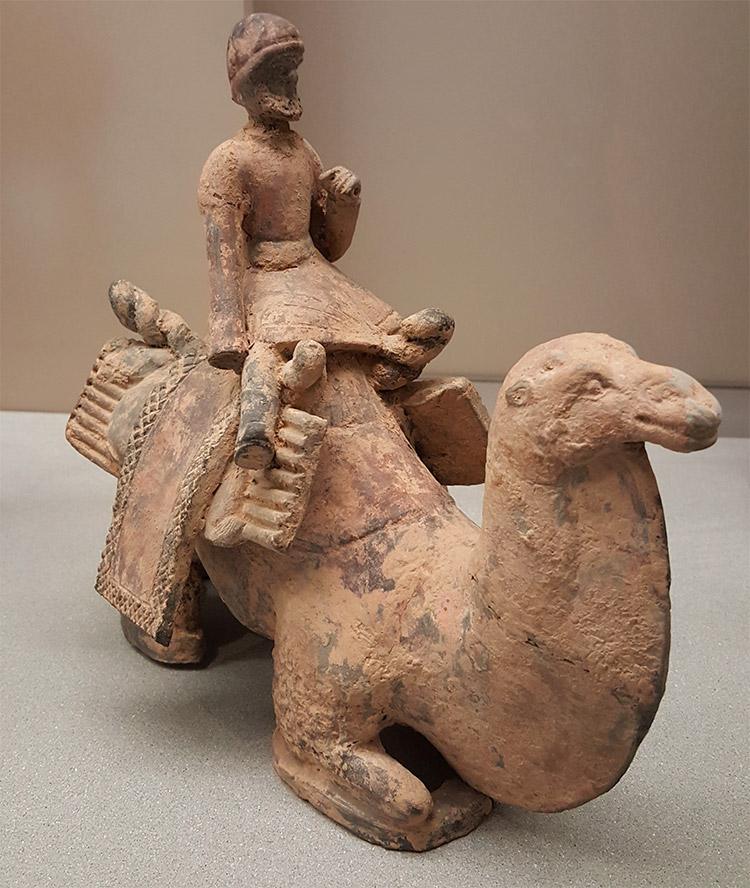 The Sixteen Kingdoms was a period in Chinese history lasting from 304 to 439 in which the political order of northern China fractured into a series of short-lived sovereign states. Classical Chinese scholars referred to them as the Sixteen States of the Five Barbarians, in recognition of the ethnic origins of some of the states. The period lasted until the Northern Wei dynasty united northern China in the 5th century.

Next year will mark 70 years of Indian independence from British rule celebrated, as every year, on August 15th. But why this date? When Lord Mountbatten, then Viceroy of India was asked, he replied:

‘The date I chose came out of the blue. I chose it in reply to a question. I was determined to show I was master of the whole event. When they asked had we set a date, I knew it had to be soon. I hadn’t worked it out exactly then ­– I thought it had to be about August or September and I then went out to the 15th August. Why? Because it was the second anniversary of Japan’s surrender’.

Though created on the same day, Pakistan changed the day it celebrates its independence to 14th August in 1948. 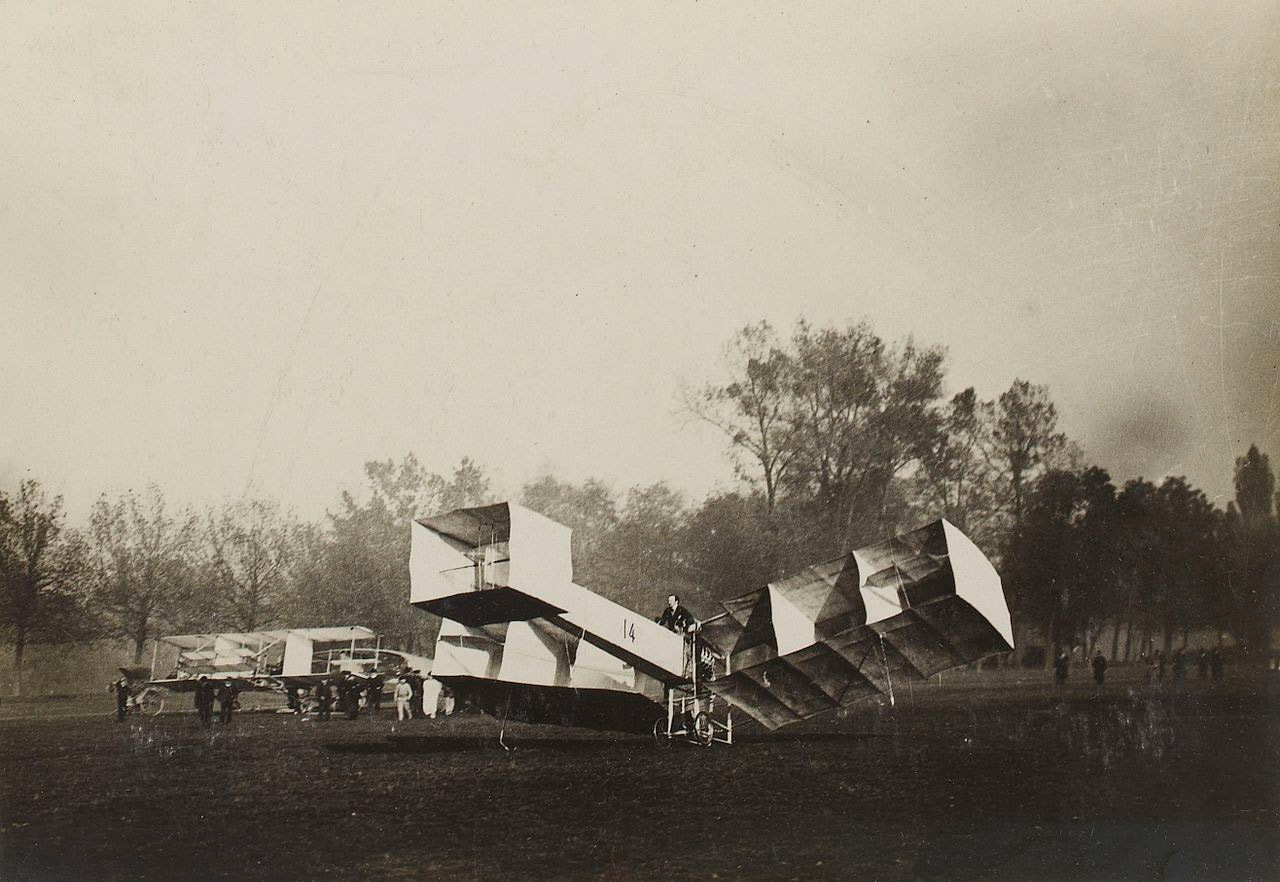 The 14-bis was an experimental biplane designed and built by Brazilian aviator Alberto Santos-Dumont. On September 7th, 1906, the aircraft made the first powered flight made anywhere outside of the United States, in the process winning the Aero-Club de France prize in recognition of the first publicly witnessed flight. 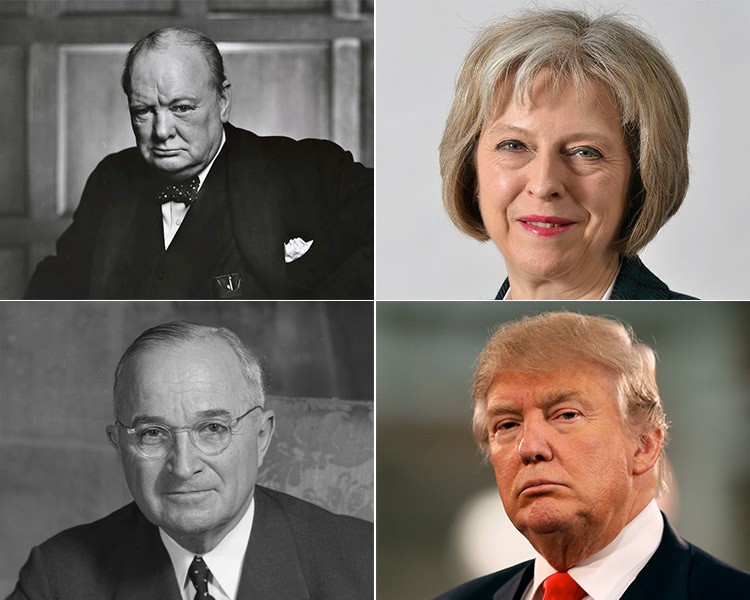 Apostles of the largest branch of Shia Islam believe that the twelfth and final Imam, Muhammad al-Mahdi, last seen in the year 874, is currently still alive. According to Twelvers, al-Mahdi is in hiding (a status known as the Major Occultation) and will return at some point in the future to herald an era of peace.

Treaty 11 was the final agreement established between 1921 and 1922 between King George V of England and various indigenous, or First Nation, governments in what is today the Northwest Territories of Canada. The land had previously been considered of little value due to its limited agricultural possibilities, but the discovery of oil in 1921 led to renewed efforts at development, culminating in this, the last of the numbered treaties. 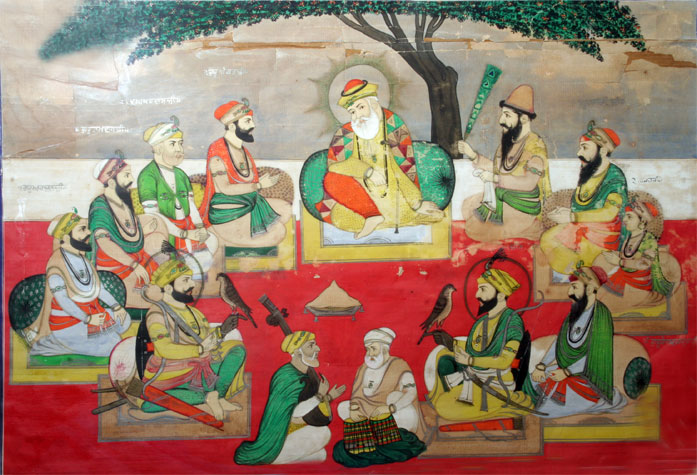 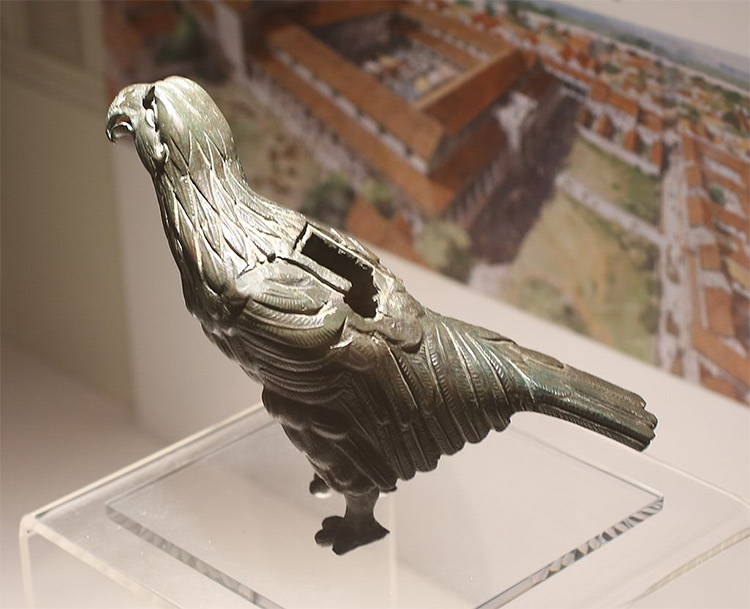 Rome’s Ninth Legion has a place in the popular imagination as the lost legion. It was the subject of Rosemary Sutcliffe’s 1954 The Eagle of the Ninth, named for the legion’s battle standard, a bronze eagle. The legend says that the 5,000 soldiers marched north to quash a British rebellion and all were lost. This defeat has become part of the story of Scotland and England – a victory for the underdogs.

The prevailing theory from historians, however, had it that the ninth was simply transferred out of England and sent to the Middle East and were lost in a war against the Persians, although there is no real evidence to support  this. It is now believed that the Ninth did in fact suffer losses thanks to British uprisings during the reign of Hadrian, and it was these losses which convinced him of the need to build a wall to protect Roman territory.

eight minutes past twelve (12.08pm) but was captured before a short trial on December 25th sentenced him and his wife Elena to death. Ceaușescu’s reign has inspired many films in the Romanian New Wave genre, including Corneliu Porumboiu’s 2006 film 12.08 East of Bucharest which asks whether the Romanian Revolution occurred across the entire country or whether it just took place in the capital, Bucharest.

Upon their arrival on the Carpathian Basin in the year 895, the Magyars, or Hungarians, were led by seven chieftains: According to the chronicler Anonymus, the seven were: Álmos, father of Árpád; Előd, father of Szabolcs; Kend (Kond, Kund), father of Korcán (Kurszán) and Kaplon; Ond, father of Ete; Tas, father of Lél (Lehel); Huba; and Tétény (Töhötöm), father of Horka. Whether or not these were real people, and the actual relationship between them, is a subject of considerable discussion. 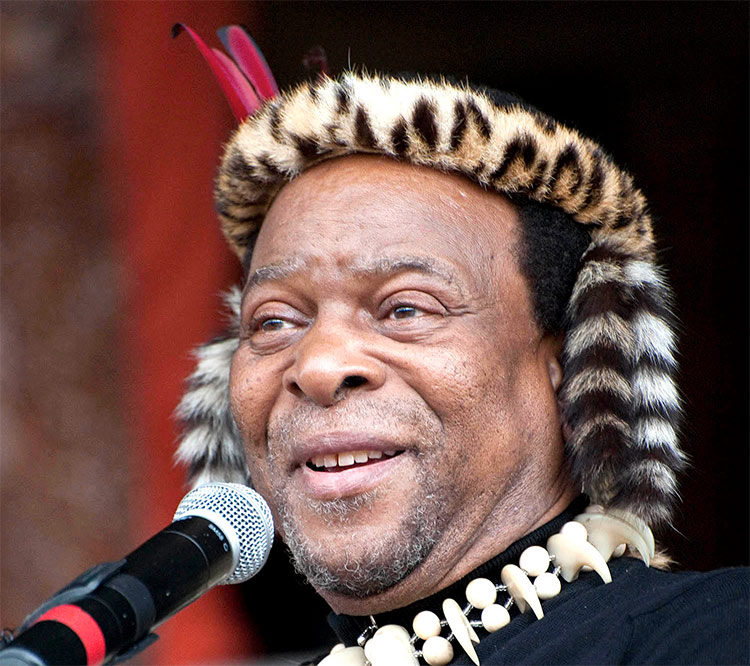 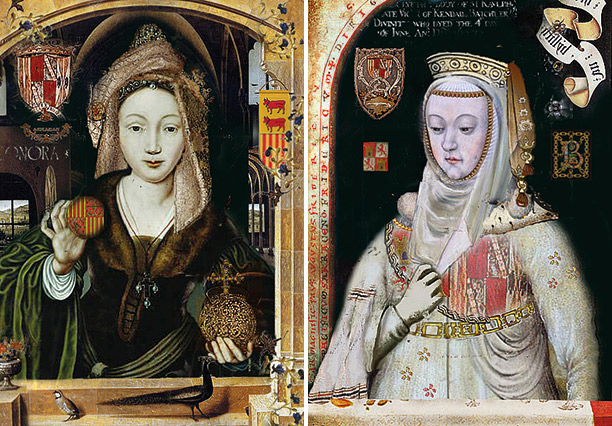 Between 1274 and 1512, a period when female succession was relatively rare, five queens ruled the Pyrenean kingdom of Navarre (now a part of Spain). They were: Juana I and II, Blanca I, Leonor and Catalina.

Archive: The She-Wolves of Navarre 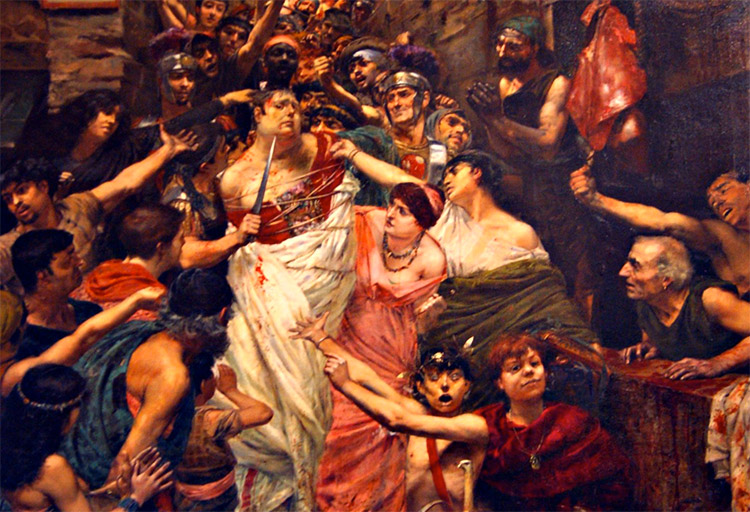 In AD 69 Rome bore witness to the Year of the Four Emperors. Following Nero's suicide the previous year, the Empire was ruled, in order, by: Servius Sulpicius Galba, who was killed in a coup d'etat led by Marcus Salvius Otho, who killed himself following the arrivial of an army sent by Germania Inferior governor Aulus Vitellius, an inept ruler who shortly found himself overthrown by followers of Vespasian, who became the year's fourth emperor.

Romans soon became tired of all this change, and the Flavian dynasty that Vespasian founded ruled for almost three decades more. 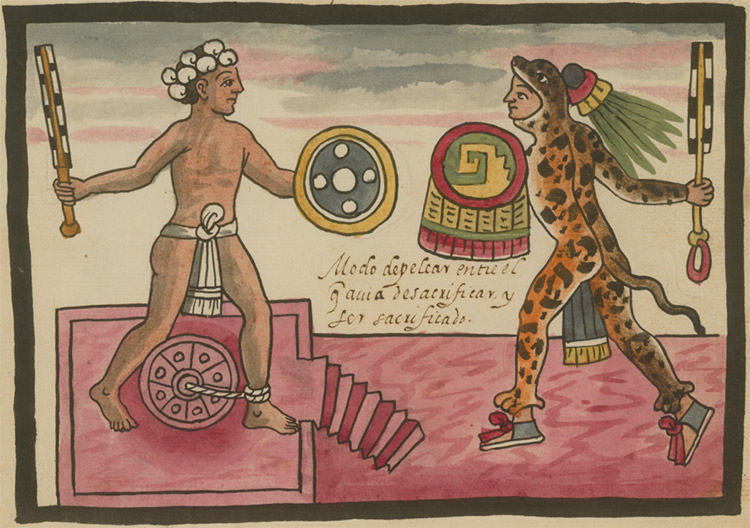 At its height the Aztec Empire consisted of three altepetls, or city-states: Mexico-Tenochtitlan, Mexico-Texcoco, and Mexico-Tlacopan. The empire was defeated in 1521 by Hernan Cortes' conquistadors, alongside their local indigenous allies. 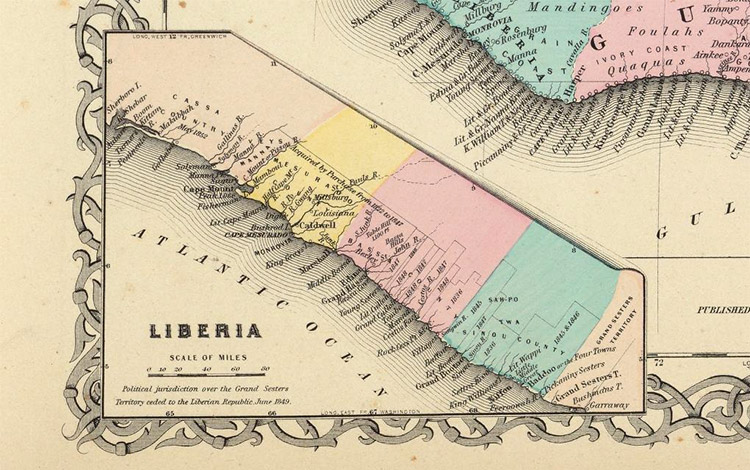 There were just two African countries not colonised by European imperial powers during the 'Scramble for Africa' of the late 19th and early 20th centuries: Liberia and Ethiopia.

Africa's oldest modern state, Liberia declared its independence in 1847, a status it has maintained until the present day. Ethiopia was briefly occupied by Mussolini's Italy from 1936-41. 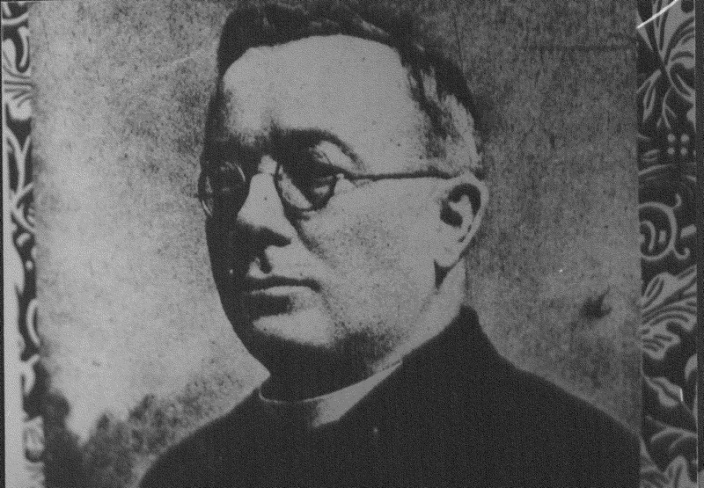 The country of Carpatho-Ukraine existed for just one day. It was founded on March 15th, 1939, when the nation's first – and last – president, Avhustyn Voloshyn (pictured), declared independence from Czechoslovakia.

Voloshyn was banking on support from Adolf Hitler, which never materialised, and the following day the country was annexed by Hungary.